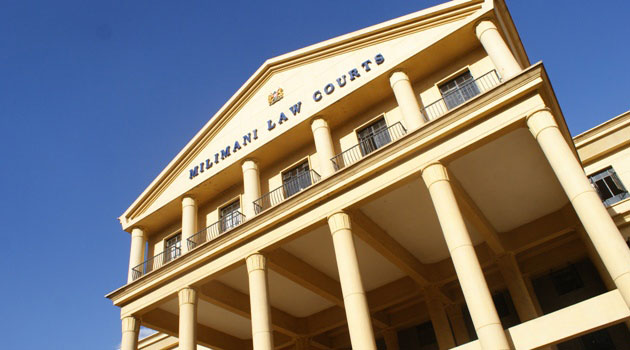 Agents from the Directorate of Criminal Investigations arrested an individual linked to fake court orders in Nairobi and Kiambu on Wednesday following a tip off from members of the public.

He is said to have obtained money by false pretense from unsuspecting clients while claiming he would represent them in court.

“The suspect has been obtaining money falsely from unsuspecting members of the public and has on many occasions represented them in court proceedings by pretending to be a partner with several Law firms within Nairobi and Kiambu,” DCI tweeted.

“Stamped documents made by the suspect bearing the names of different law firms, believed to be fake or forged were recovered from the suspect’s house by the sleuths and have been retained as exhibits pending his arraignment,” the directorate stated.

Njagi is said to have deceived clients to believe he worked for various law firms in Nairobi.

Kenya Insights allows guest blogging, if you want to be published on Kenya’s most authoritative and accurate blog, have an expose, news, story angles, human interest stories, drop us an email on tips.kenyainsights@gmail.com or via Telegram
Related Content:  USAID, Global Fund Threaten To Withdraw Sh400B Donor Funding If KEMSA Scandal Is Not Checked
Related Topics:
Up Next