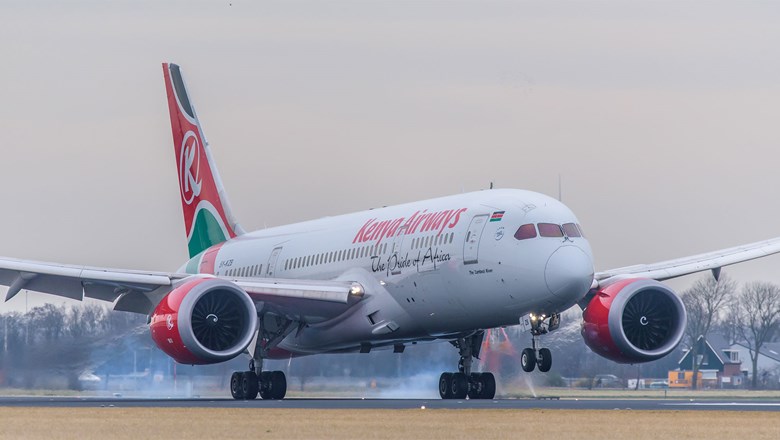 Today I wish to pen ? my Journal Memoirs on why KQ flights have failed? And strategize on what can be done to save the flights. Last year a month before the advent of KQ’s USA flights I wrote an article why those flights wouldn’t work. Nobody pretty much gave it any attention as there was lots of buzz how the USA route is the panacea of KQs financial woes.

I forecasted in my last year post that KQ would start canceling its flights to USA within a month and that what pretty much what happened. KQs USA flight are limping with last minute cancellations at best. I met six Americans tourists last week and asked if they flew to Kenya on KQ and none of did, not surprisingly they chose Ethiopian!

Whats is wrong with KQ’s USA operations ? It’s all about strategy, I said it yesterday and now too, a large failure is KQs business mandarins haven’t gotten it’s network planning & distribution strategy right.

Today, I wish to dole free advice on how to fix the USA route? Sadly, free advice is never taken. We value what expatriates dish out even if its nonsense and readily pay for it through our noses. Notwithstanding the most valuable things in this world is free….air, water etc and here its homegrown.

I do not have to access to traffic flow data, as this needs insider information but even without that here are my views. My first question is of all the places in the USA why did KQ choose to specifically fly to New York? It’s doesn’t make a good hub, ask any veteran in the aviation industry.

If you are a prudent farmer and you want to sell your produce you must take it to a hub. The next question is which city would make a good hub? The anchor hub is always the best choice. If you choose Delta it’s Atlanta, if you want to work with American Airlines it’s Dallas. Both of these carriers fly to New York but they operate mini hubs there.

KQ is a member of the sky team (it’s not a full member with full status but an associate) and with this comes a few issues needs to be resolved. I will discuss this s little later.

Related Content:  Expert Opinion: Is Coronavirus As Deadly As They Say

The obvious choice KQ needs to work with is one of Sky Teams & if you ask me who it’s starkly obvious and that’s “Delta Airlines”. It’s the only major American carrier that’s still left in the sky team and it’s anchor hub is certainly not New York, shouldn’t this ring a bell for KQ business mandarins? A look USA aviation industry Sky Team alliance which KQ is partner, one observes Continental Airlines pulled out of the Sky team in 2009 and North West Airlines pulled out too in 2010.Both these pull outs from these former Sky Team members will definitely affect the passenger feed that they used to give sky team alliance members but KQ don’t seem to have awoken to this new development. They are still stuck with New York but who exactly feeds KQ’s New York flights is anybody’s guess? That’s why the New York flights hang, there’s just no feed you know. Now the question is if KQ may want to retain New York as it destination then it also needs to somehow work these carriers.

No airline can depend on point to point traffic on long haul flights as KQ seems to currently rely on. You need feed, let me reiterate that again. That’s the reason KQ keeps cutting its New York flights due to poor passenger loads. The more it cuts flights the more the passengers run away. Who would want to travel on a carrier with a unreliable schedule?

Delta has tremendous inter USA network from Atlanta it’s anchor hub and KQ can ride on this, offering through seamless fares into its African destinations. This will be beautiful symbiotic benefit for both carriers. Before they decided to do so they need to first woo Delta to work with them.

Because of this they often opt not to fly KQ as they loose points. I learnt this after asking the Americans I met why they didn’t fly KQ? They said, its preferable flying on KLM which has a full member status as they earn full points.

Related Content:  Suleiman Shahbal: Mombasa Is On The Verge Of Death

Americans are very particular about loyalty programs, so valuable they are contested in divorce cases so you choose to ignore them at your own peril. KQ needs to fix this challenge. The business mandarins need to meet the Delta mandarins and see if they sort the frequent flyer points issue.
KLM is the general sales agent (GSA) for KQ in the USA, it therefore distribution KQ sales in USA.

The question is does KQ expect KLM to sell KQ yet they also fly to USA? Naturally KLM will give priority selling its own USA flights through its Amsterdam hub, wouldn’t you do the same if you were KLM?

I want to place a caveat on the Atlanta hub strategy in that Flying into Deltas Atlanta hub is dependent on Delta agreeing to work with KQ and giving KQ good rates to feed KQ Atlanta flights. The question is, if they don’t? Would Atlanta hub strategic options work, the answer is no.

Strategy is dynamic let’s remember this. Delta has began flying into Africa. They are now going to Lagos and Accra; with that, though a fellow sky team member they could view KQ as competition and deny them good special prorate fares to feed their flights as they also fly to Africa.

What next? Think out of the box. American Airlines (AA) is USA largest carrier and though they are not in the Sky Team, one great thing is they don’t fly to Africa just as yet so giving KQ special prorate rates will not be viewed a problem. What’s AA hub? It’s anchor hub is Dallas. They also run a mini hub in New York which is KQ entry point to USA.

The main issue that KQ needs to sort with AA is the frequent flyers who might hesitate flying on KQ cause they won’t earn frequent flyer miles by flying KQ. There’s nothing impossible and KQ needs to talk with AA on how to resolve it.

Going to back on what I said it’s difficult to fill point to point without getting support from other destinations. Am sure KQ know this pretty well. Now if there’s not much point to point traffic it is also wise to consider the strategic option to route the USA flights through a West Africa city to get more feed onwards to the USA. What comes to mind is either through Accra or Lagos. After all there are many West Africans residing in the USA. Ethiopian (ET) has routed some of its flights through Abidjan to buffer its flights. Isn’t that smart?

For any strategy option KQ may choose, there are always caveats to think about but one can go around anything if you have the will to do so, after ET has done it? There’s a question of traffic rights. If it means negotiating with the West Africans, ET has done so, KQ can do it too. The other impediment is crew time limits. This can be worked out with the KQ crew.

Lastly for now I wish to talk about cargo. KQ doesn’t seem to have looked at getting agents with regional representation in USA to sell its cargo space. It relies on the airport handler who sales it’s cargo space on last minute basis. This is absurd. It needs to market its cargo space throughout the USA.
I have swam through lots of scenarios by intent to provoke thought to the KQ mandarins as I said strategy is dynamic, as one door shuts another option appears. There’s no real excuse for KQ to fail, after all they operate exactly the same aircrafts as ET does.

There’s used to be a strategic team in KQ back in time, I wonder whatever happened to it? The biggest failure in KQ today is really in thought. Everything is created because someone thought about it, ask Benjamin Franklin he discovered electricity.

#okwiri ?my Journal, my thoughts, my walk…

Being A Loyal Citizen And A Foreigner In Qatar