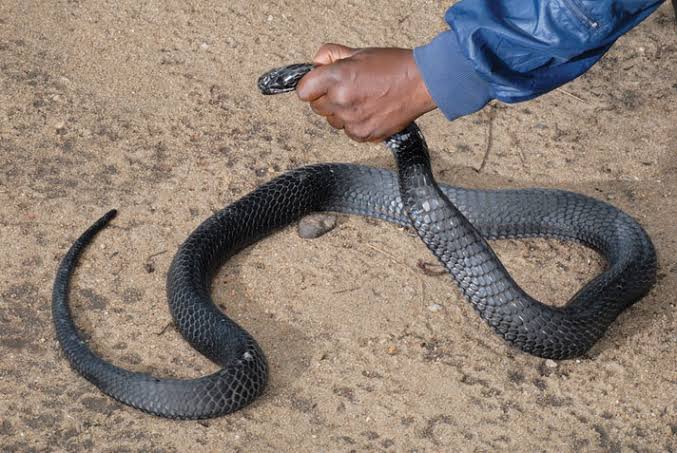 In penning 🖊my Journal memoirs I wish to recite an event that happened many years ago at the freight terminal at Nairobi JKIA. People smuggle and trade in different things, some beyond imagination. Once upon a time in the 1990s someone forwarded a briefcase as cargo.

The forwarder was Congolese traveling to USA. As the cargo warehouse acceptance staff were sorting the cargo they noticed the briefcase trembling & had hissing sounds. They were dumbfounded what was really happening, spooked some staff quickly scurried away. One staff rushed to the Cargo Supervisor to report what was happening. Some thought it was bomb that was reacting which could explode. Others thought it was occult spirits. The cargo supervisor came in & on jack opening the briefcase a cobra snake sprung out!

Within milliseconds everybody in the busy warehouse had scampered out amidst commotion and shrieks. The briefcase had been packed with severally snakes. The snakes had been sedated but had woken up, probably due to the discomfort or the weak dose.

I called in the Kenya Wildlife Services (KWS) to catch the snakes. They played snake ladders hide and seek all day amongst the cargo laddered racks in the warehouse and all cargo operations came to a halt.

Once the snakes had been caught, I asked KWS why on earth would anyone try to smuggle snakes? I learnt that they are rare endangered snakes and these are prized by collectors in the USA who pay thousands of dollars per snake. I was astonished, Kenyans kill snakes everyday as they feel they are a threat yet elsewhere they are collectors items that fetch great cash.

One thing I never figured out is how the Congolese guy trapped the snakes? As he was interrogated I got to understand he got them from Baringo County. How he settled the matter with the authorities still remains a mystery, I never heard of the matter in the press. It must have been settled quietly….

#okwiri 🖊my Journal, my thoughts, my walk…

How I Infected Nairobi OCS With HIV