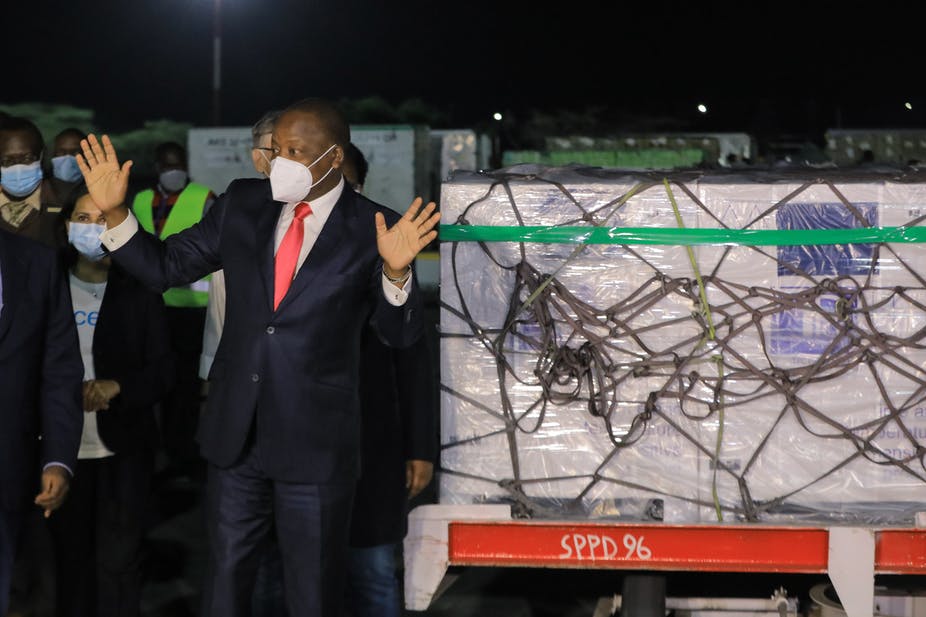 The Ministry of Health still has scanty information about the real cost of  Covid AstraZeneca vaccine that arrived on Tuesday night will. Officials from the ministry have refuted looting claims adding that the cost can’t be as high as Sh760 ($7).

They stated that the $7 was only a ‘working figure’ after was met mixed reactions since Kenyans the vaccine to cost $3 (Sh330) capped by Covax.

Chairman of the Covid-19 Taskforce for vaccine deployment Mr. Willis Akhwale said the estimate was arrived at in January when the government was still unsure about the cost.

“ The Covax estimates for most vaccines were between $6 to $8 and so we pegged our working figure at an average of $7,” Akhwale said.

Health Ministry has always hinted that it would pay $7 per dose even after AstraZeneca capped its shots to $3 (Sh330) per dose since their aim is to reach a wider population but not to make profits.

But the treasury allocated $4.1 million for the cheaper Astrazeneca vaccine which was procured by Unicef and delivered to Nairobi on Tuesday. It is from their documents that Akhwale is hoping to confirm what he calls the final cost of the vaccine.

“They will share with us their procurement documents showing the costs incurred, after which we will pay. So even now we do not know how much it will cost per dose. But we expect the cost to significantly go down,” he said.

Unicef also clarified that all developing countries are paying $3 per dose under the Covax facility but it is still unclear if the cost includes freight.

The vaccines arrived on board a Qatar Airways Boeing Dreamliner at 11.23 pm on Tuesday night via Qatar Airways flight QR1341 and was recieved by senior officials including Health CS Mutahi Kagwe, Unicef representative Maniza Zaman and Dr Rudi Eggers of the World Health Organization.

After the reception at the JKIA, the delicate cargo was then moved under a tight escort to a storage facility in Kitengela.

Kenya Insights allows guest blogging, if you want to be published on Kenya’s most authoritative and accurate blog, have an expose, news TIPS, story angles, human interest stories, drop us an email on [email protected] or via Telegram
Related Topics:Astrazeneca vaccineCovid-19 vaccineMinistry of HealthMutahi Kagwe
Up Next