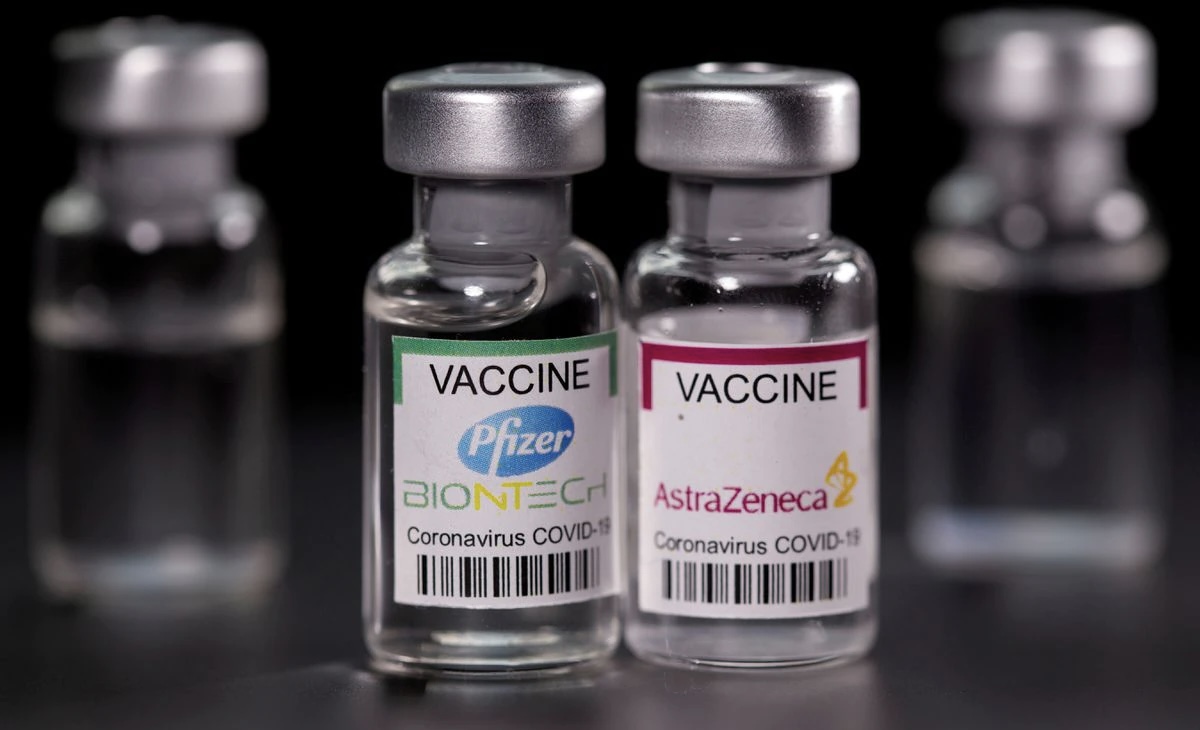 (Reuters) – Protection against COVID-19 offered by two doses of the Pfizer/BioNTech and the Oxford/AstraZeneca vaccines begins to fade within six months, underscoring the need for booster shots, according to researchers in Britain.

After five to six months, the effectiveness of the Pfizer jab at preventing COVID-19 infection in the month after the second dose fell from 88% to 74%, an analysis of data collected in Britain’s ZOE COVID study showed.

For the AstraZeneca vaccine, effectiveness fell from 77% to 67% after four to five months.

The study was based on data from more than a million app users, comparing self-reported infections in vaccinated participants with cases in an unvaccinated control group.

More data is needed in younger people because participants who had their shots up to six months ago tended to be elderly as that age group was prioritised when the shots were first approved, the study authors said.

ZOE Ltd was founded three years ago to offer customised nutritional advice based on test kits. The company’s ZOE COVID Symptom Study app is a not-for-profit initiative in collaboration with King’s College London and funded by the Department of Health and Social Care.

Under a worst-case future scenario, protection could fall below 50% for older people and healthcare workers by the winter, Tim Spector, ZOE Ltd co-founder and principal investigator for the study, said.

“It’s bringing into focus this need for some action. We can’t just sit by and see the protectiveness slowly waning whilst cases are still high and the chance of infection still high as well,” Spector told BBC television.

Britain and other European nations are planning for a COVID-19 vaccine booster campaign later this year after top vaccine advisers said it might be necessary to give third shots to the elderly and most vulnerable from September.

The U.S. government is preparing to provide third booster doses starting in mid-September to Americans who had their initial course more than eight months ago. read more

“This is a reminder that we cannot rely on vaccines alone to prevent the spread of COVID,” said Simon Clarke, Associate Professor in Cellular Microbiology at the University of Reading, who was not involved in the study.

He cautioned that the results may have been distorted by the surge in overall cases in Britain in July.

A separate British public health study found last week that protection from either the Pfizer-BioNTech or the AstraZeneca vaccine against the now prevalent Delta variant of the coronavirus weakens within three months. read more

The Oxford University study found at the time that 90 days after a second shot of the Pfizer or AstraZeneca vaccine, their efficacy in preventing infections had slipped to 75% and 61% respectively. That was down from 85% and 68%, respectively, seen two weeks after a second dose.

Kenya Insights allows guest blogging, if you want to be published on Kenya’s most authoritative and accurate blog, have an expose, news TIPS, story angles, human interest stories, drop us an email on tips.kenyainsights@gmail.com or via Telegram
Related Topics:AstraZenecaBioNTechCovid-19 vaccineOxfordPfizer
Up Next