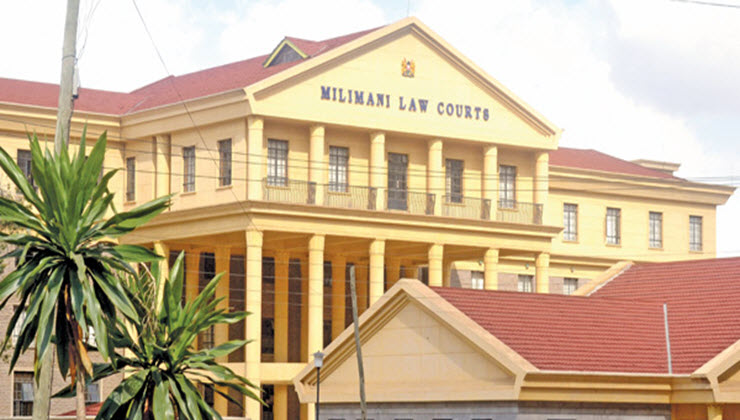 Aviation company Ocean Airlines ltd has been restrained from selling or transferring an aircraft it owns, pending the determination of a pay dispute with a partner turned rival Jetways Airlines limited.

Justice David Majanja further issued orders blocking Ocean Airlines ltd, employees or their agents from selling, disposing, exchanging, and mortgaging or transferring or in other way dealing with any properties, equity or assets it owns, pending the determination of arbitration proceedings.

“A freezing order be and is hereby issued restraining the Respondent either by itself, its agents, employees or assigns from selling, disposing of, exchanging, mortgaging, transferring or in any other way dealing with any properties, equity or assets owned by the Respondent or monies held to the Respondent’s credit including those held by banks, the Respondent’s debtors and in safe/locker boxes and including any shares held in any company in accordance with the records of the Central Depository and Settlement Corporation in any CDSC accounts pending the hearing and determination of the Arbitral proceedings between the parties herein or further orders of the Arbitral Tribunal,” ordered Majanja in his ruling.

Jetways told the court that Ocean Airlines is in the process of disposing of its assets and properties, among them an aircraft described as MSN 21200 Fokker 27 MK 50 (Fokker 50) of current registration 5Y-FAD (Previous Registration 5Y-FJE).

The aircraft has been secured at a hangar at the Wilson International Airport under the control and security of Jetways Airlines ltd.

The Judge said any action by the Ocean Airlines may undermine any recovery or execution efforts by the Applicant and it will be proper if the said aircraft is persevered in its current state pending hearing and determination of the arbitral proceedings.

The Judge said the evidence in the case is that apart from the aircraft whose registration has been changed, there are no other assets the applicant may have recourse to if it is successful.

“I find that the Applicant has satisfied the conditions necessary for the grant of an order of interim measure of protection of the Respondent’s assets pending hearing and determination of the arbitration proceedings. Having made the orders in respect of the aircraft and the freezing orders, I do not think an additional order for security is merited at this stage unless the Applicant moves the court further,” ruled Judge Majanja.

Jetways Airlines ltd moved to court seeking to stop the Oceans Airlines from selling, dealing, disposing or transferring its properties or assets.

The company also urged the court to direct the airline to provide security for the sum of USD. 569,995.57 claimed by the applicant, pending hearing and determination of the arbitral proceedings between the parties.

Kenya Insights allows guest blogging, if you want to be published on Kenya’s most authoritative and accurate blog, have an expose, news TIPS, story angles, human interest stories, drop us an email on [email protected] or via Telegram
Related Topics:AviationJetways Airlines limitedJustice David MajanjaOcean Airlines
Up Next