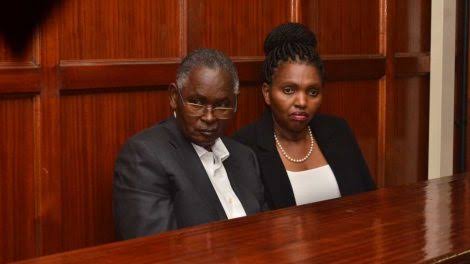 The KRA is set to collect tax of Kshs 9,116,835,985 .00 from Keroche Breweries Limited with regard to products manufactured and marketed by Keroche breweries Limited. This follows a big win by the Kenya Revenue Authority in the six (6) Appeals filed by Keroche before the Tax Appeals Tribunal in 2015 and 2017 respectively.

KRA relied on the Compounding of Denatured Spirits Act Cap 123 and argued that the process undertaken by Keroche Breweries was compounding within the meaning of the Act. Compounding of spirits also amounted to manufacture of new product within the definition of Customs & Excise Act, CAP 472 (now repealed).

In the other three appeals, the contention was with regard to classification of pineapple based wines. The Brewer had argued that what they produced was fortified wines which should be classified under HS Code 22.04 which attracted lower excise duty rate of 40%. Their position was that the classification was specific for any fortified wine.

KRA’s position was that HS code 22.04 was reserved for wines based on grapes and the Keroche’s fortified wine was purely fermented pineapple as such is to be classified under HS Code 22.06 which is for any other fermented beverage. HS code 22.06 attracted a higher excise duty rate of 60%.

The Tax Appeals Tribunal in its’ judgments delivered on 9th March, 2020 held that:
1. Keroche Breweries Limited was involved in the compounding of spirit which amounts to manufacture within the meaning in Excise Duty Act, 2015 and Customs and Excise Act, CAP 472 (repealed)as such Vienna Ice was a distinct product for which Excise Duty was payable;
2. With regard to Fortified wines produced by the Brewer, the Tribunal guided by the World Customs Organization explanatory notes on HS code found that HS code 22.04 was for grape based wines and the correct classification was HS code 22.06 as the Keroche’s wine is a mixture of fermented pineapple and alcohol.

The Tribunal however faulted the Authority for levying interest and late payment penalties for the period the disputes were being litigated at the High Court and the Court of Appeal which had directed that the matters be heard at the Tax Appeals Tribunal.

Scramble For Naivasha: Of Keroche And Danish Brewing Company