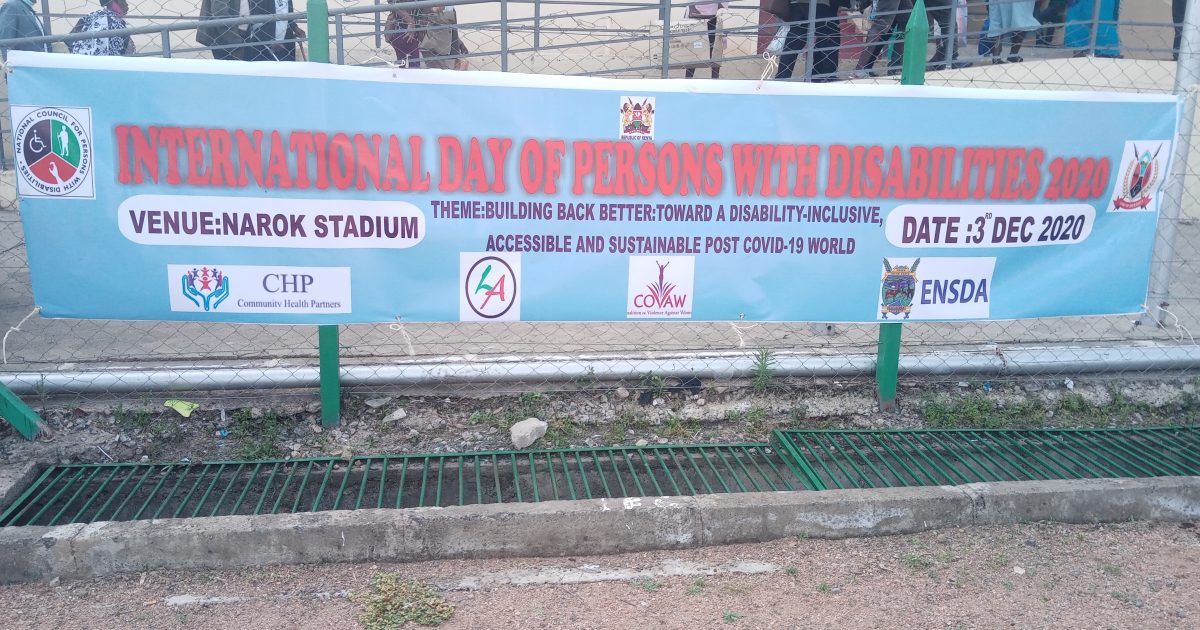 Narok North Deputy County Commissioner Mutuku Mwenga has raised concern over a rising number of conmen who use children living with disability to beg in the streets.

Mr. Mwenga who spoke Friday during the celebrations of Persons Living with Disabilities said most of those involved in the rogue business are citizens from neighbouring country of Tanzania who enter the country through the porous border at Loita ward.

“These conmen station the children in strategic places like the road heading to government offices where they collect a lot of money from good Samaritans,” said the DCC reiterating that they take advantage of the philanthropic nature of Kenyans to benefit themselves.

The Sub County boss directed the children office to work closely with the coordinator of Persons Living with Disabilities to get rid of those doing business with such children.

“A few days ago we arrested a man with a Tanzanian identity who had stationed children living with disabilities in various spots in town to borrow from generous wananchi for his personal gain,” said Mwenga.

He asked those living with disabilities to register with the office of social services in order to benefit from government cash transfer funds allocated to this group.

The county coordinator of Persons Living with Disabilities Mr. Julius Ntayia said about 7000 persons living with disabilities were registered with his office out of the 9,300 people identified during the 2019 census report.

Related Content:  Kivutha Kibwana: I Would Obliterate Raila, Ruto In A Presidential Poll

According to the Chief Executive Member in Charge of Education and social services Ms. Cicilia Wepali, the county has disbursed a total of Sh. 1.3 Million as bursary to children living with disabilities this year.
She said the county government is committed to helping this group live a decent life by issuing funds to organized groups for boosting their businesses.
At the same time, the County coordinator of National Government Affirmative Action Fund (NGAAF) Ms. Soila Kudate said her department has
disbursed Sh. 2.3 Million this year to 23 organized groups of persons living with disabilities for business.

The celebrations were held at the William Ole Ntimama Stadium with a theme of, ‘Building back better, towards a disability inclusive, accessible and sustainable post covid-19 world.

Senate is set to meet over Sonko’s fate today