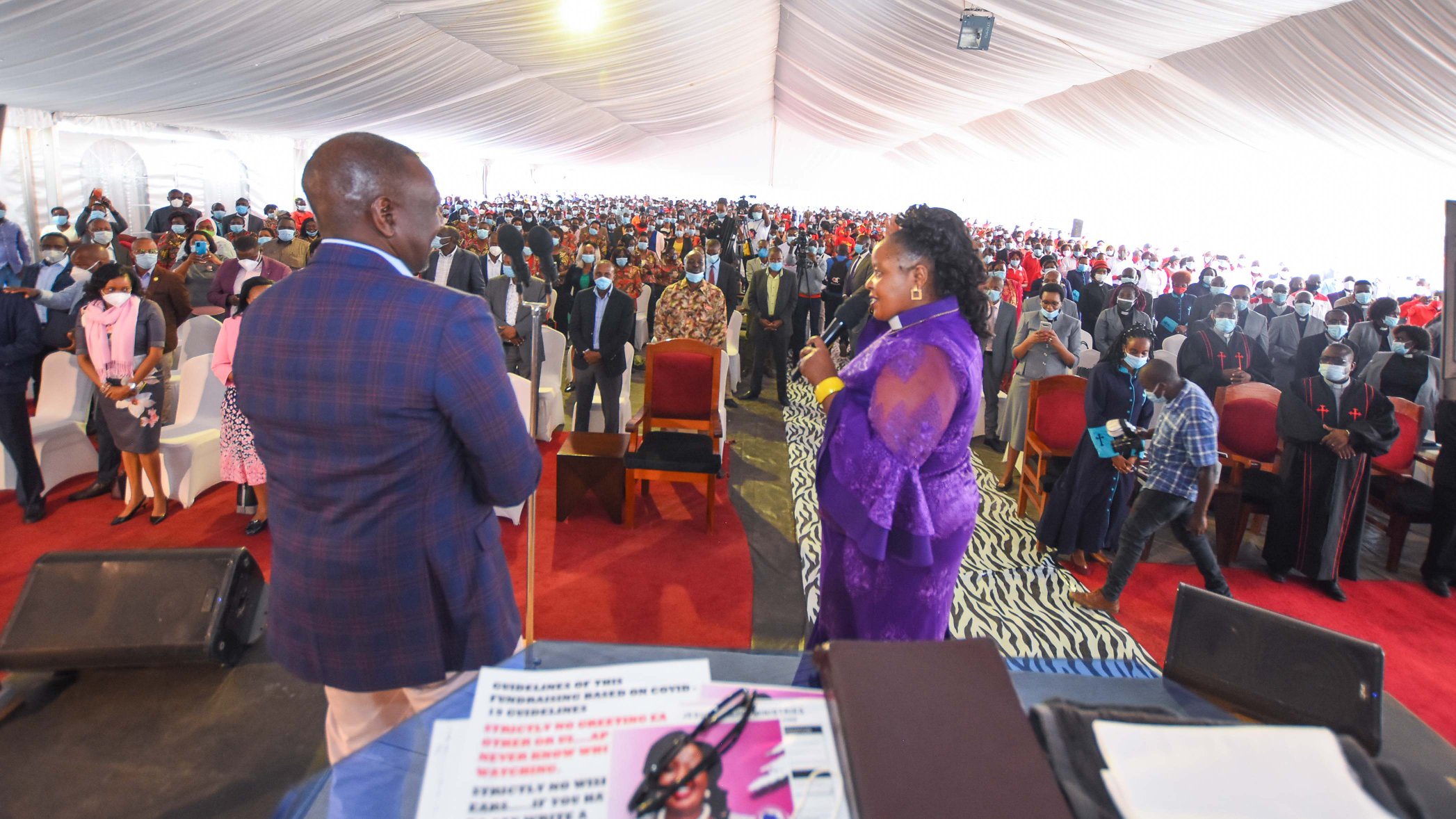 Deputy President William Ruto has said he is not interested in the contest for the review of the Constitution.

He said he was only available at the reasoning that would give Kenya a rich and all-inclusive system of laws.

“These are tough times. Countries are talking about the rolling out of the COVID-19 vaccines. Hence, we must finish up this referendum issue and take the country back to a transformation path,” said Dr Ruto.

He spoke Sunday at the Jesus Is Alive Ministries in Starehe Constituency during a church service where he also launched the ground-breaking for the construction of the Glory Twin Towers.

“We are not available for a competition; those threatening us and daring us to be in the NO formation are wasting their time,” he added.

He said Kenyans must be allowed to make their democratic choices because “they know what is good for them”.

Dr Ruto said the unnecessary competition in the referendum would breed hatred among people and tear apart the country’s social fabric.

“If it is building bridges, let us build one that would bring everyone on board. It is possible for us to walk together but only if we leave out our political differences in the review of the constitution,” he explained.

Related Content:  A Good Year To Elect A Woman As Hope Gleam

This, he observed, could be done by having a multiple-choice referendum since the issues under consideration are many.

“We are interested in doing the right thing. So, listen to the merits of what we are saying; we want a progressive constitution.”

Mr Gakuya said Kenyans were not ready to be taken back to a political battlefield.

“We want to resuscitate our ailing economy. With this in mind, most of the Nairobians have their reservations on the review of the constitution,” he said.

Mr Kuria regretted that BBI was being used as a political trap to assess the popularity of some leaders.

“We must stop the madness of using referendum as a tool for political mobilisation. Rather, it should be issues-centred,” said Mr Cheruiyot.

The Kericho Senator said BBI would only survive with a multiple-choice referendum.

The leaders doubted the authenticity of the five million signatures collected endorsing the change of the constitution, and urged the IEBC to scrutinise them thoroughly.

On her part, Mrs Kihika noted that most Kenyans were against the review of the Constitution.

“It is tough work supporting BBI. There should be no hurry. Let us listen to a majority of Kenyans,” she added.

With growing resistance on the BBI from Kenyans, Mr Ichung’wa said it is time leaders spoke the truth to power.

“We must build bridges and not walls. We shoved off the Big Four agenda to chase BBI wind. Now we are after a divisive referendum that would totally kill our economy,” said the Kikuyu lawmaker.

Mr Osoro said there should be an honest and broad discussion on BBI to make it reflect the needs of our country instead of being reduced to a mere yes-no conversation.

Related Content:  Uhuru Rejects Bill That Would’ve Awarded Ex-MPs Sh100,000 Monthly Pension
Kenya Insights allows guest blogging, if you want to be published on Kenya’s most authoritative and accurate blog, have an expose, news, story angles, human interest stories, drop us an email on tips.kenyainsights@gmail.com or via Telegram
Related Topics:
Up Next