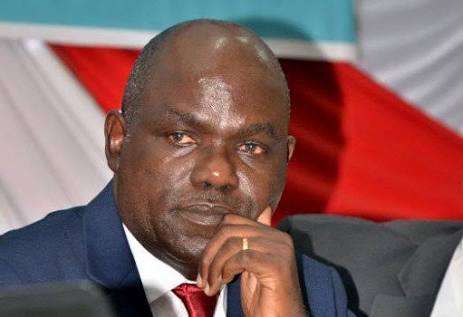 Moments after the tallying had started after the largely boycotted 26th election, the IEBC chairman who’s on record saying the laid structures couldn’t guarantee a credible election made a preliminary pronouncement. He announced voter turnout to be 48% which he described as the best estimate, this didn’t go well with many as it was expected for KIEMS to give exact numbers and statistics at the close of all polling stations.

IEBC has been on a confusion spree with many thrown off the cliff after every update. They’ve been a source of confusion rather than clarity for the simple reason that everything doesn’t seem to add up. An analysis by Shiundu of Africa Fact Check reveals the loopholes.

One hour has 60 minutes, works out to four people being identified every minute, 1 person every 15 seconds! Haa! I don’t know about you, but for such efficiency, the 253 people standing in 17,568 stations would be in a beeline of sorts. If it wasn’t that efficient, it means, everyone in the queue, after the close of the station was allowed to vote before transmission. But just one quick question: Why did the snapshot pick 17,568 kits? Were they the only ones that transmitted at 5 pm?

Related Content:  What Went Wrong And How Governor Sonko Fell For His Own Sword

If he could get the hourly data of transmissions for the 17,568 kits by 5 pm Thursday, it means there’s a log of hourly data for all? No? If 35,564 sent signal on station opening, and therefore within network coverage, why pick just 17,568 for hourly data?

Now, by 10 pm on October 26, 2017, 33,140 KIEMS kits had transmitted results showing 6,553,858 had voted. Okay… The votes closed at 5 pm, so, we take it that these 33,140 kits transmitted the final tally of those who had voted on 26/10/2017. Or what else would the transmission show? They’d authenticated voters, polls had closed, they had transmitted the log: Turnout, right?. Again, we presume that there were voters on the queue and the kits waited until everyone had been identified before transmission at 10 pm. But really, how many polling stations opened? For that, we go to the IEBC and find 35,564 declared they opened.

Very well, so, we go back to Chebukati, he says, by 10 pm, 33,140 had sent logs, that means 2,424 of those that opened hadn’t sent data. Now, if they managed to send a signal that station was open, it means they were within 3G range, right? If they were within 3G range at station opening, why hadn’t they sent logs at 10 pm after station closure? Were people voting perhaps? But the law requires the counting to be done at the polling station, and by that time, we’d know how many votes were cast.

Okay, the IEBC chairman then said that by October 28, 5 pm, 36,882 kits had reported showing a turnout of 7,573,903. The presumption is that the difference between transmitting 36,882 vs 35,564 that opened, the extra 1,318 didn’t have network coverage. Or how else would you explain why they were not captured in the logs of the stations that signaled they had opened?

Related Content:  IEBC Treading On Dangerous Grounds Just Hours To The Election
Kenya Insights allows guest blogging, if you want to be published on Kenya’s most authoritative and accurate blog, have an expose, news TIPS, story angles, human interest stories, drop us an email on [email protected] or via Telegram
Related Topics:
Up Next

Uhuru Kenyatta Wins The Election But Loses The Country

The Effect of Electoral Boycotts: Going Forward, We Are Now Hostages Of Fortune And Why Negotiations Between Raila And Kenyatta Is The Only Way Out.