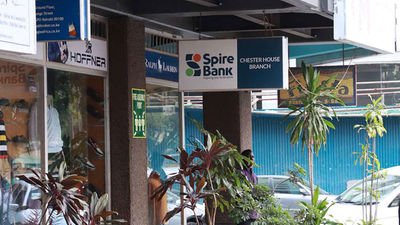 The Central Bank of Kenya (CBK) is open to offer emergency cash support to distressed Spire Bank whose core capital and shareholder funds have been wiped out by eight years of back-to-back losses.

CBK governor Patrick Njoroge said the regulator would grant the teachers-owned bank access to its discounted loan facility if it falls short of cash for its day-to-day operations in the short-term, including meeting customer demand.

“In case of emergencies — because they cannot adhere to the CRR (cash reserve ratio) — then, of course, there’s emergency window in the context of the CBK. The central bank, after all, is the lender of last resort in some of those extreme cases if indeed it gets to that.”

The CBK “discount window” facility is traditionally a last resort for distressed banks after exhausting all other avenues, including borrowing from each other.

Banks can borrow from the regulator through the facility at charges currently at 13 percent.

Banks are required to hold an adequate amount of liquid assets, such as cash, to manage any potential bank run by clients. If a bank cannot meet these liquidity requirements, it will need to borrow money in the interbank market to cover the shortfall.

Related Content:  World Bank Says Kenya's Economic Growth For The Year, Slowest In Five Years, And What This Mean For The 2018 Entrepreneurs

The larger banks have been reluctant to lend to their smaller counterparts since the collapse of the three smaller banks- Dubai Bank, Imperial Bank and Chase Bank — a few years ago, citing heightened risk.

Spire’s total customer deposits have fallen by 43.9 percent to Sh4.79 billion in December 2020 from Sh8.54 billion in 2016, signaling worsening liquidity situation at the bottom-tier lender.

The loss-making bank is not able to lend — denying it a key source of revenue —owing to its negative capital position over the last three years, with core capital standing at negative Sh2.63 billion last year from negative Sh1.41 billion in 2019 and negative Sh1.67 billion the year before.

The bank’s loan book has more than halved to Sh3.83 billion over the review period — 70.84 percent of which were non-performing last December.

The deteriorating financial health of the bottom-tier lender has prompted lawmakers to institute a probe into events that led to loss of investment by teachers through their giant umbrella union.

After taking over the reins at the CBK in June 2015, Dr Njoroge shut Dubai Bank, Imperial Bank and Chase Bank between August 2015 and April 2016 because of dire liquidity challenges which saw them struggle to meet client cash demands.

No bank has collapsed as a result of liquidity challenges since then. Resorting to the CBK, as a last option, may put a bank at risk of a fallout with investors and depositors.