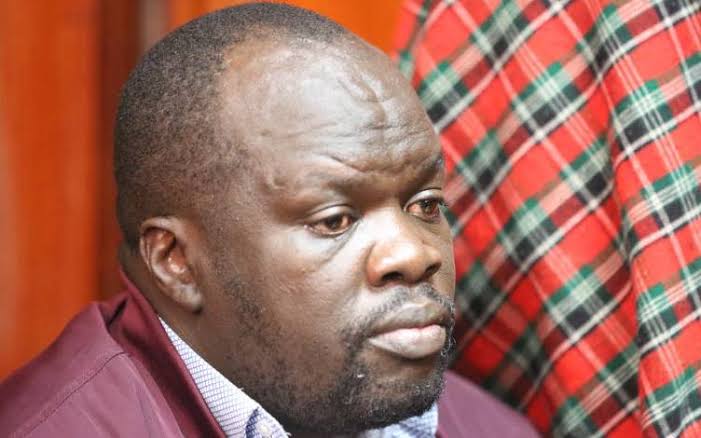 Alai who spent the past two weeks before being finally released on a Sh300,000 cash bail over posts that he made of slain police officers, is back on the grind again.

Following the arrest of Dennis Itumbi whom has been in DP Ruto’s camp as a digital strategist, Alai now claims the arrest is part of the war the state is using to crash those allied to Ruto. In a series of tweets Alai says, “The current arrests are targeting people thought to be close to DP @WilliamsRuto. In the whole of my interrogation, I was NEVER asked anything to do with terrorism. It was all “who do you communicate within Ruto’s office” etc…

Itumbi was arrested in relation to investigations on assassination letter that was circulated. In the letter, there were claims that four CSs from Central held series of meetings at La Mada hotel to scheme on eliminating the DP. However, the DP himself is yet to make a formal complaint on the same.

Alai went further to distance himself from DP saying he’s never in touch with him and accused the ATPU of being used to step on perceived enemies, “They found that I don’t even communicate with DP Ruto and so when they couldn’t find anything to charge me with, they thought of using photos of face charges with terror and using the media for psychological warfare. We will win. Mtashangaa. Using ATPU for political purposes.”

The blogger further made claims that the DCI Kinoti is aware of the psychological warfare behind the assassination letter and that he had been approached by Kinoti to join his team in the war on corruption, “When I saw a section of the media claiming that Kinoti was saying that author of “assassination letter” was in DP Ruto’s office, I knew that they were playing psychological war on DP’s staff and preparing the perfect narrative to warrant Itumbi’s arrest.” Alai tweeted.

He continued, “A few weeks ago, DCI boss Kinoti sent Maina Kageni and others to me to ask me if I could help them with prosecuting corruption cases through blogs. I told them that that ODPP should prosecute corruption through courts since we don’t have parallel courts in blogs.”

Elgeyo Marakwet Senator has also responded to the arrest of Itumbi, “Arrest of OleItumbi is a strategy to divert attention from the La Mada meeting and plan. Was there a meeting? Did PS in charge of DCI say Ruto must be stopped Saitoti way? Who complained about assassination? And to who? The authenticity of the allegations is more important than a letter.” He tweeted moments after the arrest.

Lawyer Donald Kipkorir has also added his voice to the arrests of Itumbi, “Dennis Itumbi & his sidekick Emmanuel Talam & that Editor Of The Star are scum of the earth. They are Master Purveyors Of Fake News. They nearly destroyed the Country in 2017 thro’ highly inflammatory & incendiary Fake News against Baba. Itumbi should be charged with Treason.” He says.

However, in a statement to the media, DCI Kinoti has said that all their investigations have put Itumbi in the center of the fake assassination letter. Itumbi was picked by special crime unit while leaving Charlie’s Bistro restaurant where he had gone to take lunch. He’s currently being questioned at the DCI HQs in Kiambu.