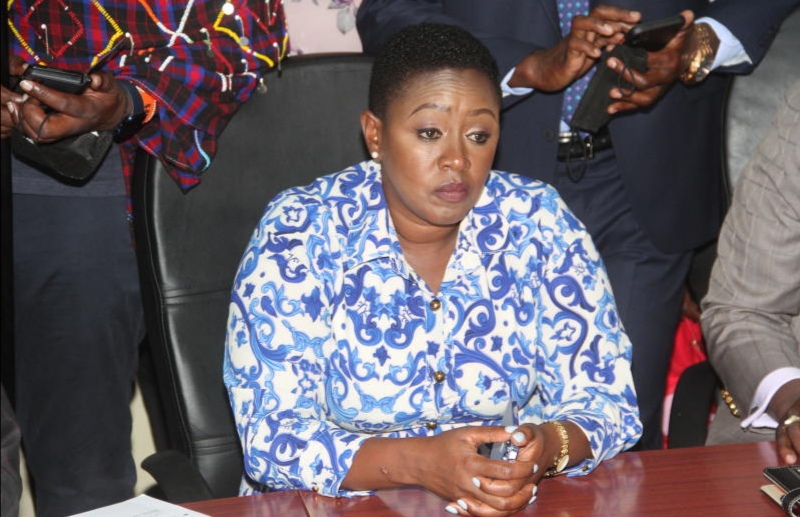 Muranga Woman Representative Sabina Chege when she appeared before the commission.

Muranga Woman Representative Sabina Chege has moved to court to stop investigations against her for breaching the Independent Electoral and Boundaries Commission (IEBC) code of conduct.

Chege appeared before the Code of Conduct Enforcement committee a week ago over claims she made in Vihiga County suggesting that Jubilee rigged the 2017 polls.

Justice Anthony Mrima certified her case as urgent and directed her to serve IEBC with the court documents ahead of the hearing on February 23.

The legislator wants the court to suspend the ongoing proceedings where she is charged with uttering sentiments breaching the electoral code of conduct.

The legislator also wants the court to issue prohibitory order against any future or similar proceedings by the IEBC against her, over the same matter.

The MP further wants to be paid damages by IEBC claiming the commission violated her constitutional rights.

Kenya Insights allows guest blogging, if you want to be published on Kenya’s most authoritative and accurate blog, have an expose, news TIPS, story angles, human interest stories, drop us an email on [email protected] or via Telegram
Related Content:  Doctor Who Survived 5 Months Without Pay Dies From COVID-19
Related Topics:Muranga Woman Representative Sabina Chege.
Up Next