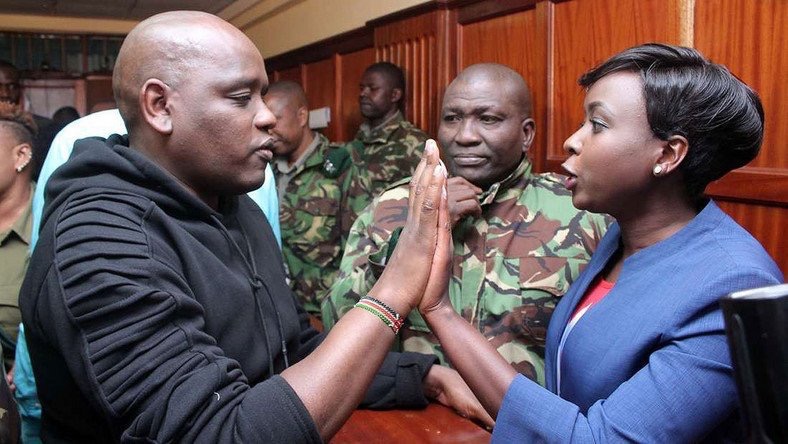 Itumbi up in solidarity with Maribe during a past court appearance.

Jacque Maribe visits Dennis Itumbi at the DCI offices in Nairobi where he was arrested in connection to a fake letter detailing an alleged assassination attempt on DP Ruto.

Maribe was first seen in company of Itumbi’s lawyer alongside other friends and family at the DCI HQ moments before he was transferred to Muthaiga police where he’ll be spending the night and appearing in court tomorrow to answer to his charges. 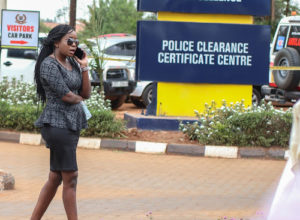 Maribe Mekong Her way to the DCI offices wfwte Itumbi was briefly held for questioning.

The journalist together with the team then proceeded to Muthaiga.

Dennis Itumbi stood with Maribe from the time she was arrested together with her boyfriend Joseph Irungu for the murder of businesslady Monica Kimani. Itumbi has continued to show support through supportive poems and never missed any court appearance of Maribe for solidarity. 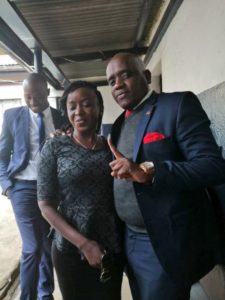 Itumbi and Maribe posing for a picture at Muthaiga police where he’s being held.

Its therefore unsurprising age did the same to him. The two have been speculated to be lovers something they’ve dismissed saying they’re just friends. 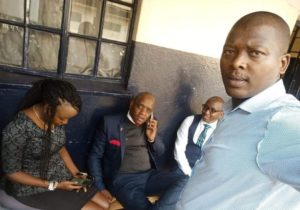