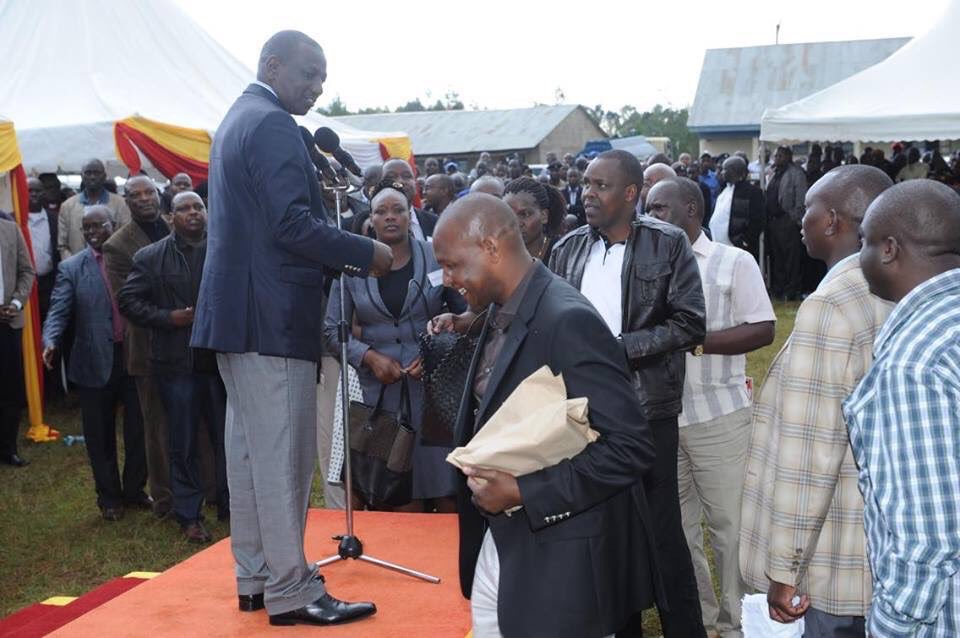 By Nicholas Olambo
The verbal war on corruption is taking different twists with the president having nothing more to do. Horrifying testimonies have been witnessed from key suspects of NYS scandal who have been grilled by the Public Accounts Committee (PAC) chaired by Rarieda MP, Nicholas Gumbo. Businessman Ben Gethi, Josephine Kabura, and former devolution CS Ann Waiguru have appeared before the PAC.

Waiguru in her defense has adversely mentioned the DP William Ruto’s aide Farouk Kibet and sycophant Senator Kipchumba Murkomen as the beneficiaries of the infamous Shs 791 million that saw her leave office last year.

Attempts to unearth the truth on the scandal now seem dwindling and dividing Jubilee right in the middle, one group allied to President Uhuru Kenyatta and the other to DP William Ruto. Waiguru, a President Kenyatta ally has implicated individuals allied to DP Ruto, mostly Farouk Kibet.

In Farouk’s defense, Ruto is now in exchange of bitter words with former CS, Ann Waiguru. In his Salvo, he told off Waiguru to take responsibility for the stolen millions as she presided over the scandal. Who would have imagined that the government that has no option left to fight corruption would put the nation through desperate and childish blame games and cheap politics?

It’s amazing how the boss became his aide’s spokesman; Farouk should be in a position to defend himself or do the same through his lawyer but not through his boss William Ruto. The war on corruption was long lost when politics took center stage; the likes of Ann Waiguru, Ben Gethi, Josephine Kabura and former PS Mangiti belong to jail, space had been created for their likes if am not wrong.

In defending Kibet the DP appears to be suffering from ‘our man is being targeted syndrome,’ one thing that has over the time derailed fights against corruption. He is insulating Kibet from facing investigations through his full public defense at the same time the administration in which he is a senior official is not throwing the ‘responsible’ Waiguru to jail.

Corruption stained Farouk is known DP’s spanner boy who carries bundles of money to their numerous fundraisers. Investigations have realized that FK made 150 calls to another NYS scandal key suspect Ben Gethi, who liaised with the devolution ministry official to steal the money through phony companies.

The nation has witnessed enough tough and loud talks in public rallies that don’t end corruption but any action on the culprits. The fight will only become real when the necessary and stern measures are taken on all those who mentioned from the big fish like Farouk Kibet to small clerks who mostly face the wrath of the law.

The Mystery Cat; Corruption Nothing But Economic Terrorism And Why Kenyans Need To Have Faith In Jubilee Government