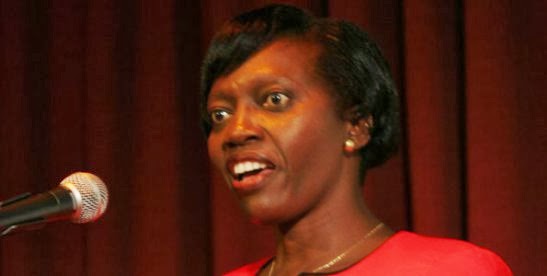 By Nicholas Olambo
Martha Karua announced her quest to go for the Kirinyanyaga gubernatorial seat Thursday while addressing the delegates of the flower party (Narc Kenya) at Kianyaga Catholic Church in Kirinyaga. It’s at the same event that Ms. Karua endorsed President Uhuru Kenyatta for a second term.

Karua ‘sudden’ support is not surprising, former challengers of President Uhuru Kenyatta from his tribe have all shuttered their presidential dreams to remain ‘politically correct’ in their backyards and within their tribal cocoons. Less than a month ago the former presidential aspirant from the region, Peter Kenneth did a similar thing.

PK abandoned his ambitions to vie the presidency in the coming elections to support Uhuru in a political realignment that would see him become his tribes point man in the post-Uhuru era. Both PK and MK and have sliced their dreams to gubernatorial aspirations in 2017. PK is now salivating for Nairobi’s top job.

Martha Karua said the flower party will not be fielding a presidential candidate in the coming polls and will instead support President Uhuru’s re-election because that is the desire of the electorate of Kirinyaga. MK has been a staunch critic of President Uhuru’s administration that has been characterized by mega scandals, one after the other.

Her choice to support the person whose government she has criticized the most is not anything but desperate kicks of a dying horse, a perfect example of many politicians who lead from behind. Karua who has been working closely with the opposition, Coalition for Reforms and Democracy (Cord) but has been missing in public eye for the past two months was categorical that she is not part of the opposition’s Supper Alliance that is still in the making.
She claimed that anyone associating her with the would be Supper Alliance can only be on a witch hunting mission; she is not part of that outfit.

Related Content:  Why Kenyan Lawyers-Turned-Politicians Are Derailing Fight Against Graft In Kenya

Karua’s stunt is not any different from other politicians from her community who have worked with the Opposition Chief Raila Odinga in the past, some have used him to successfully launch their political career like Margret Wanjiru while people like Karua used the opposition to desperately stay relevant and fold to their tribal groupings at the eleventh hour.
One would argue that it is Karua’s democratic right to support whoever she wants but does the desperate move add any value to the politics of a one-time iron lady whose star went dim soon after resigning from the grand coalition government as the Justice Minister? Hell no, Karua’s mid-day dream of clinching Kirinyaga’s top seat outside Jubilee will not come true even on another planet.

Also aspiring for the position on Jubilee Party is the corruption-stained former devolution CS, Ann Waiguru. It will be an uphill task for Karua to beat either the incumbent or deep-pocketed Waiguru who quit her ministerial job due to public pressure for her involvement in the infamous Shs 1.6 billion NYS scandal. Politics is the best place that looters of public funds buy their way to and Waiguru’s ‘NYS fortune’ may put the last nail on Karua’s political coffin.

So what next after Karua is beaten in the Kirinyaga gubernatorial race?, will her desperate move earn her a cabinet secretary job in case Uhuru wins his re-election, or her ‘shell’ will find a place on the walls of political museums to gather dust?

Kenya Insights allows guest blogging, if you want to be published on Kenya’s most authoritative and accurate blog, have an expose, news TIPS, story angles, human interest stories, drop us an email on [email protected] or via Telegram
Related Content:  Mutahi Ngunyi Reduced To A Pamphleteer Resorting To Being A Tribal and Classist Critique
Related Topics:
Up Next

Birds Of A Feather? What’s At Stake For DP William Ruto As He Stands By His Crook PA Farouk Kibet On NYS Fraud