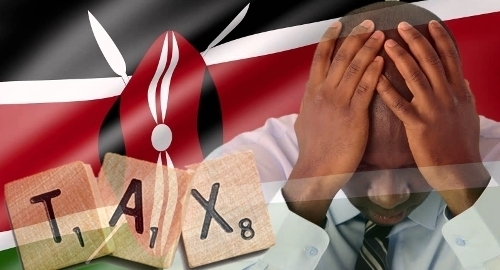 In the wake of the collapse of SportPesa a company once listed as the most profitable business in Kenya after Safaricom, another is walking in the same thin line. Like a borrowed template, betting firm MozzartBet a company associated with ex-minister Musa Sirma is battling a Sh640M money laundering scandal in which the state says it’s complicit to.

Interior minister Fred Matiang’i wedged a war on betting firms an effort that saw the deportation of SportPesa’s and other red flagged fraudulent managers. In the center of the woods is the allegations of involvement in money laundering. While in the public face they engage in pure gambling activities, they engage in dirty businesses while blowing air on wounds with donations to the community as it was in the case of SportPesa.

The government will not change its decision to ban individuals and companies linked to money laundering, tax evasion from operating Gambling or Betting companies in the country. pic.twitter.com/p1xB7IJPe4

The clean-up against betting firms started in May last year after a Sunday service at the Christ is the Answer Ministries in Nairobi attended by President Uhuru Kenyatta and his interior CS Matiang’i.  As the President sat pensively at the front row, the presiding Bishop at the time, Rev David Oginde, wondered why he was comfortable leading a country of gamblers.

After that session, the Head of State asked his right-hand man, Matiang’i, to get him a brief on what was really happening in the betting industry.

Matiang’i went digging reported the grim facts to State House. Besides the growing number of teen suicides, more than 500,000 youth aged between 18 and 25 had been blacklisted by the Credit Reference Bureau. They had borrowed, placed bets, and lost. Now they could not pay.

The Kenya Association of Manufacturers complained that onsumption of key products was on a decline, while heads of universities said students were routinely missing lectures, and when they did, half of their time was spent on their phones, betting.

Related Content:  Raila's Good Days are Behind Him, The Luo Nation Should Focus On His Successor

Matiang’i also revealed that the average income of most gamblers ranged between Sh5, 000 and 10,000 per month. He instructed the Inspector-General of Police and the Directorate of Criminal Investigations to do background checks on the directors of betting firms within 24 hours and said he had no problem signing deportation letters against them.

SportPesa in its helm was seen as a clean firm at least in the public face, they sponsored many sporting activities, engaged in community work in fact SportPesa co-founder Guerassim Nikolov, the flamboyant, charming but ruthless Bulgarian billionaire while engaged in high volume money laundering prided in himself as a philanthropist.

The Bulgarians at SportPesa are generous people. Suggesting they shipped out all the billions they minted in Kenya would be unfair. But their generosity was not for everyone.

Nikolov, who had worked himself up from a croupier in a casino in the Bulgarian capital of Sofia, to a billionaire in Kenya, understood just what money in the right pockets could do. 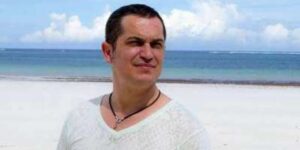 Guerassim Nikolov.He is one of the founders of betting company SportPesa. Photo credit: Pool

If he failed to get his way through the front door, he would open his purse strings and shower whoever mattered with kindness, and the back door would be swung open for him. On his website he lists one of his successes as working closely with the disadvantaged and boasts employing 10 per cent of his workforce at First Lotto Ltd from the disabled community.

Away from charity, however, the deep pockets of the man wanted in Sofia were felt by the right people in the right places in Nairobi. Politicians. Cabinet Secretaries. Principal Secretaries. Key figures in Parliamentary leadership committees. A section of the State Law Office. Name it. There was also enough money to get lawyers who would get judges to grant them favourable injunctions whenever it got to that.

He, however, ran out of luck when the government woke up one day and decided to tighten its controls on the betting industry. SportPesa protested and threatened to close shop, citing an unfavourable operating environment. The government stayed put, and the fortunes of the betting giant that had taken over the country and was splashing billions of shillings in big football and motoring sports abroad started falling.

Running in the same track, MozzartBet that is under investigations over Sh640 money laundering is also engaging in a cleansing marketing exercise. The company which is fighting the negative press from the illegal activity is currently running laundry campaign including building wells and heavy media publicity in an high velocity PR drive.

They’ve borrowed from the SportPesa’s template with donations and publicity to blind focus on the illegal money laundering scandal.

MozzartBet is in the spotlight after a State agency questioned the source of more than Sh600 million the company had wired to a businessman’s bank accounts in a span of five months.

In court documents, the Assets Recovery Agency has flagged the transactions as suspicious, questioning the source of Sh640 million that the betting firm wired to Kimaco Connections between February and August.

This indicates that the agency believes the money was not generated from gambling activities under MozzartBet, which operates in a sector that has recently come under increased scrutiny from the State. 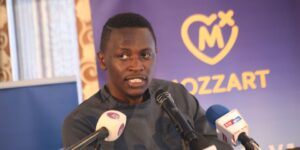 The ARA, which is seeking to seize and forfeit the cash to the State, has dismissed MozzartBet’s explanation that it paid the money to acquire from Kimaco Connections a software, which the latter subcontracted another firm — Open Skies Management Services, —to deliver.

Peter Kiilu, the owner of Kimaco Connections, allegedly wired Sh242 million to Open Skies Management Services, which is owned by Zimbabwean Emmanuel Charumbira and a shareholder of Mozzartbet.

Related Content:  How Ignorance, Sycophancy and ‘Hunger’ Threatens Gender Parity and Silencing The Voice Of The Youth In Kenya

The agency says that the unclear source and wiring of the cash to a web of accounts, including some owned by MozzartBet, point to a money laundering scheme.

The highest amount sent was Sh50 million in a single day while the lowest was Sh1.8 million. The ARA says that MozzartBet sent a total Sh256 million within five days to Kimaco Connections, flagging the funds as suspicious. The funds were later moved to an account at Co-operative Bank.

From the account, Mr Kiilu moved Sh150 million to a fixed deposit account and left a balance of Sh101 million.

The company had between February and June received Sh384 million from the betting firm, pushing receipts from Mozzartbet to Sh640 million over five months.

MozzartBet is now on Matiang’i list of betting firms likely to be stricken off should the investigations affirm the money laundering accusations. SportPesa attempted to blackmail the government for reinstatement by cutting off sponsorships to local sports teams an attempt that didn’t bare fruits.

Mozzartbet would also need something to say look we may be playing dirty but we’re giving back to the community. Eyes are now on the investigations and how the no nonsense CS will handle the eventualities.

Betting firms have perfected the art of money laundering denying the tax collector revenue through tax evasion while engaging in cosmetic philanthropy to be seen as saviors which is not the case. As a result, the effects of betting has been adverse and ruined many lives. While the gullible gamblers run their pockets dry, the owners of the firms keep getting fatter pockets.