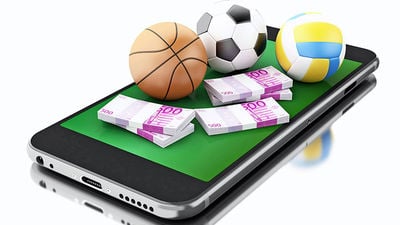 The firm saw net profit grow to Sh37.1 billion covering the period between April and September compared to Sh33 billion it announced in a similar period last year.

It attributed that growth to increased borrowing through Fuliza and improved transactions via Lipa Na Mpesa – avenues that drove M-Pesa revenues.

In March last year, the country’s apex bank, the Central Bank of Kenya (CBK) announced emergency measures to facilitate increased use of mobile money transactions instead of cash, as a way to curb the virus spread.

The directive saw all M-Pesa transactions of up to Sh1, 000 discharged at no cost. Kenyans sent a high of Sh4.4 trillion for free when the waiver of fees subjected to such transactions were announced between March 16 and December 31 last year on the platform.

“Innovation in digital financial services has been a key growth driver for M-PESA. We continue leveraging on technological innovation to enhance access to financial services for consumers and enterprise customers,” said Safaricom’s Chief executive Peter Ndegwa.

Also felt to have contributed to the firm’s impressive earnings, is improving consumer confidence and business activity boosted by COVID-19 vaccination efforts as well as positive macro-economic projections by the World Bank which forecast the GDP to rebound strongly at 6.3 percent by December 2021.

“In spite of the past year being one with far-reaching changes and extraordinary circumstances given the pandemic, the board is encouraged by the business resilience and recovery trajectory marked by a return to near normalcy,” commented Safaricom’s Board Chairman Michael Joseph.

The operator has however, highlighted a host of barriers to its operations, citing increasing regulatory scrutiny, taxation- adjusted excise duty on telco products, looming general elections and political risk as well as mounting pressure on currency and consumer spending due to rising inflation, as some of its fears.

Other include the ongoing conflict and civil unrest in Ethiopia in what the company fears will disrupt its operations in the populous nation.

Safaricom on Tuesday evacuated some of its employees to Nairobi using commercial flights with more others scheduled to arrive in the country this week.

The telco, alongside other partners is seeking to start Ethiopia operations next year, and will then gradually reduce Kenyan expertise and build the local workforce as the business grows.

The debate around the firm’s market dominance also threatens to expose its brand image, even though Safaricom has a huge backing from the regulators Communications Authority (CA) and Competition Authority of Kenya (CAK) amid protest from smaller player.

Last week for instance, rival subscriber Airtel Kenya Airtel claimed that CA’s unwillingness to declare Safaricom a dominant provider, had made it difficult for the company to compete commercially in the sector.

In a 15-page presentation to the Senate Committee on ICT, the operator also accused CA of intentionally subscribing favours to Safaricom in spectrum allocation, despite heavily investing on the network to improve. 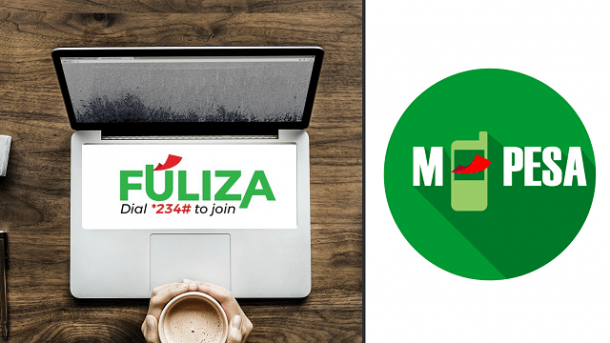 Kenyans spent Sh83.2 billion to place bets in the six months to September through Safaricom’s M-Pesa platform alone, underlining the gambling craze that has become a national pastime.

The telco’s disclosures show that the value of the bets jumped 69 percent from Sh49.2 billion a year earlier.

Safaricom, the Kenya Revenue Authority (KRA) and betting firms are the biggest beneficiaries of the growth and intensity of betting activities, pocketing billions.

The telco’s revenue from betting doubled to Sh2.95 billion from Sh1.48 billion. The taxman is estimated to have collected at least Sh6.2 billion from punters using M-Pesa.

The KRA takes 7.5 percent of the value of bets placed besides 20 percent of winnings and corporate taxes on betting firms.

The growth of betting comes despite the government trying to curb the activity through higher taxation and increased regulations.

Betting is popular among young people – employed as well as the jobless — who see it as offering a game-like thrill besides an opportunity to make quick money.

While a few punters get lucky and win large sums of money, the activity represents missed opportunities and losses for participants as a whole.

The Sh83.2 billion wagered in the six-month period, for instance, is enough to buy 2.05 billion shares of Safaricom, equivalent to a 5.1 percent stake in the country’s most profitable firm.

Such a stake would earn dividends of about Sh2.8 billion annually, based on the telco’s latest distribution of Sh1.37 per share for the year ended March.

Betting is now the second-largest business line by revenue under M-Pesa’s payments and betting unit after consumer-to-business (C2B), which generated sales of Sh5.1 billion in the six months to September.

The disclosures show that betting firms and punters are being charged some of the highest fees by Safaricom compared to other M-Pesa users.

The full scale of gambling in the country is unclear but the bets funded from M-Pesa account are expected to represent the majority of the activity given the platform’s dominance in personal payments.

Betting firms are the biggest beneficiaries of the betting craze but all of them are private firms which are not required to make their accounts public.

A court case pitting the KRA against Pevans East Africa, which pioneered betting in the country using the SportPesa brand, highlighted the big business the company was doing before its operations were scuttled by the taxman.

Court papers showed that Pevans alone took in bets worth Sh149.7 billion in 2018, making it the second-largest company in Kenya by revenue after Safaricom at the time.

The company said it kept Sh20.1 billion as gross gaming revenue on which Sh4.8 billion worth of betting tax was due.

It added that it had paid taxes worth Sh3.6 billion, leaving a balance of Sh1.2 billion.

The taxman is, however, demanding a revised sum of Sh95 billion in what it claims are unpaid taxes by Pevans and which contributed to the cancellation of the company’s gaming licence in July 2019.

The high margins in betting had attracted more than 100 companies but their number dropped significantly following the 2019 government crackdown and imposition of multiple taxes.

It recently emerged that some of the gambling activities were being run by unlicensed operators.

The Betting Control and Licensing Board (BCLB) in September announced that it had suspended 70 M-Pesa pay bill numbers for unlicensed or unauthorised gaming activities run through broadcast channels.

The BCLB tabled the list during a meeting with the National Assembly’s ICT committee, which had directed BCLB to prove that the unlicensed gaming activities that are being run on radio and TV stations using playbill numbers issued by telecommunications companies were deactivated.

The BLCB told the committee chaired by William Kisang that it had directed Safaricom to deactivate the pay bill numbers.

He added that although BCLB had not conducted any study, it was possible that the gaming activities by the media can have harmful impact on the public, especially children.

“The board has on several occasions picked this matter with media houses and has also been working with the Communications Authority of Kenya (CA) to curb the unauthorised promotions and advertisements,” he said.

Mr Mbugi told the ICT team that the board in collaboration with the CA was reviewing the gaming advertisement guidelines and content to address emerging threats.

The BCLB and the CA acting director-general Mercy Wanjau appeared before the committee to explain the reasons behind the rampant betting and gambling in the broadcast media and its effects to the public.

The committee said unscrupulous operators had infiltrated the gaming sector.

Ms Wanjau told MPs that broadcasters were responsible for advertising material transmitted by their stations and must therefore ensure that all advertisements are legal, honest, decent, truthful, and conform to the rules of fair competition.

Mr Kisang asked the two regulators to furnish the committee with further information regarding the list of media outlets, paybill numbers and the period the operators have been running the paybill numbers.

The committee has also asked the regulators to furnish it with details on any taxes avoided or evaded by the operators and the status of the crackdown on unscrupulous operators in the gaming sector across the media.

Kenya Insights allows guest blogging, if you want to be published on Kenya’s most authoritative and accurate blog, have an expose, news TIPS, story angles, human interest stories, drop us an email on tips.kenyainsights@gmail.com or via Telegram
Related Topics:betting in KenyaFulizalipa na mpesaSafaricom
Up Next

Elon Musk Sells $5B In Tesla Stock After Twitter Poll