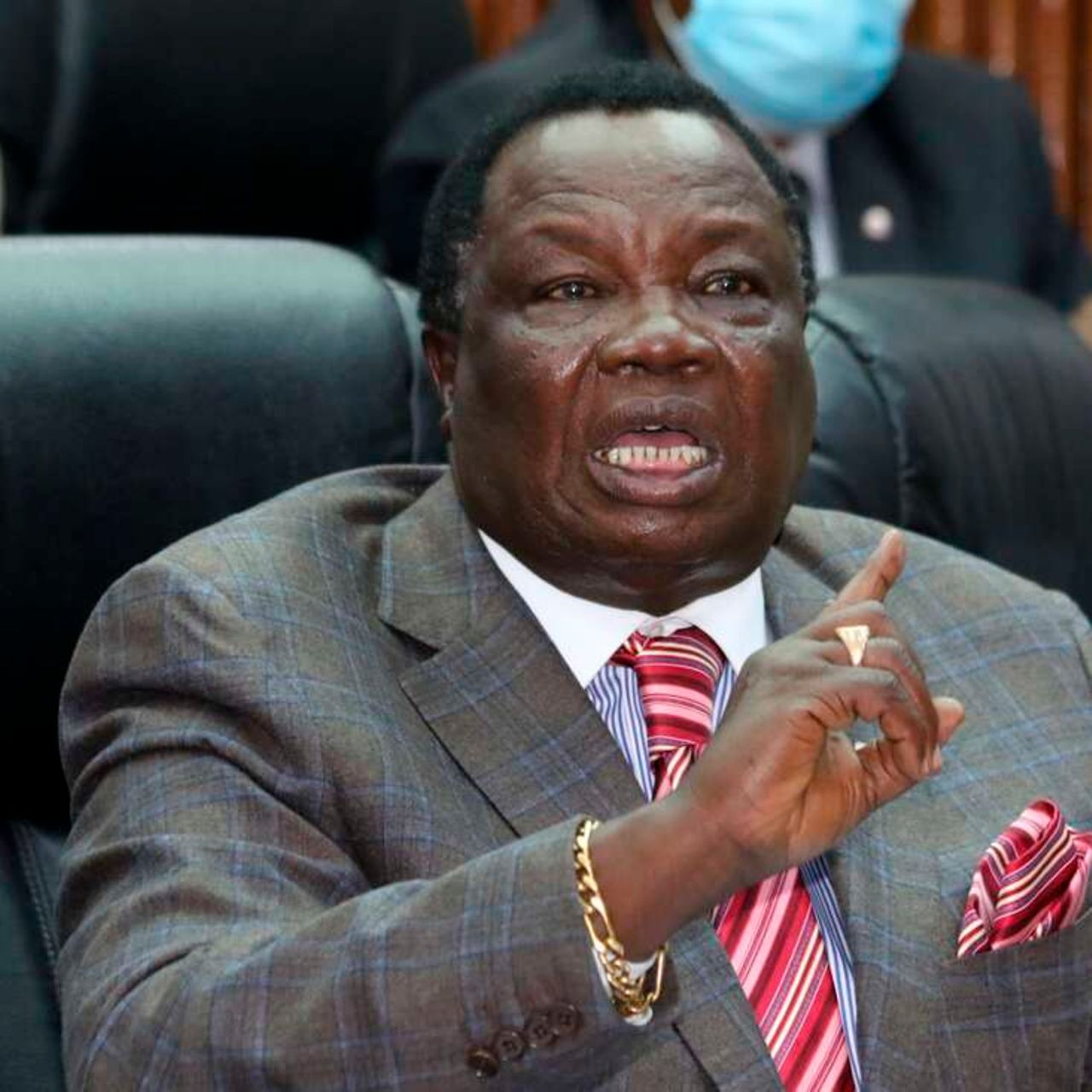 COTU Secretary General Francis Atwoli has written to the Kenya Industrial Property Institute (KIPI) to own exclusive rights to the phrases ‘alaa, alaaa and alaaa.”

Through an application, Atwoli intends to use the slogan on clothing, footwear and headgear.

He adds that the slogan is publicly attributed to him and has no English translation.

“Alaa has no English translation. It is more of a slogan, chant or an exclamation specific and attributed publicly to myself,” said Atwoli in his application.

Anyone who wishes to challenge his application has until December 29, 2021.

The slogan originated from an interview where he was talking about Kenya’s upcoming general elections.

Since then, that particular video clip caused a buzz on social media with memes circulating online. A couple of weeks after the viral slogan, a video clip of Atwoli urging Netizens to move on emerged.

In the clip, Atwoli was captured introducing a new phrase.

According to KIPI, a trademark is a sign which serves to distinguish goods of an industrial or a commercial enterprise or a group of such enterprises. The sign may consist of one or more distinctive works, letters, numbers, drawings or pictures, monograms, signatures, colours or a combination of colours.

It can be a word, a symbol, a design, or a combination of these, used to distinguish the goods or services of one person or organization from those of others in the marketplace.

WHY REGISTER A TRADEMARK?

KIPI adds that registration of a trademark is direct evidence of exclusive ownership in Kenya and helps keep off potential infringers who would be attempted to ride on the goodwill of your mark. It enables you to more easily protect your rights more easily in case someone challenged them since the burden is on the challenger to prove any rights in a dispute.

Kenya Insights allows guest blogging, if you want to be published on Kenya’s most authoritative and accurate blog, have an expose, news TIPS, story angles, human interest stories, drop us an email on [email protected] or via Telegram
Related Topics:alaaFrancis Atwolitrademark
Up Next