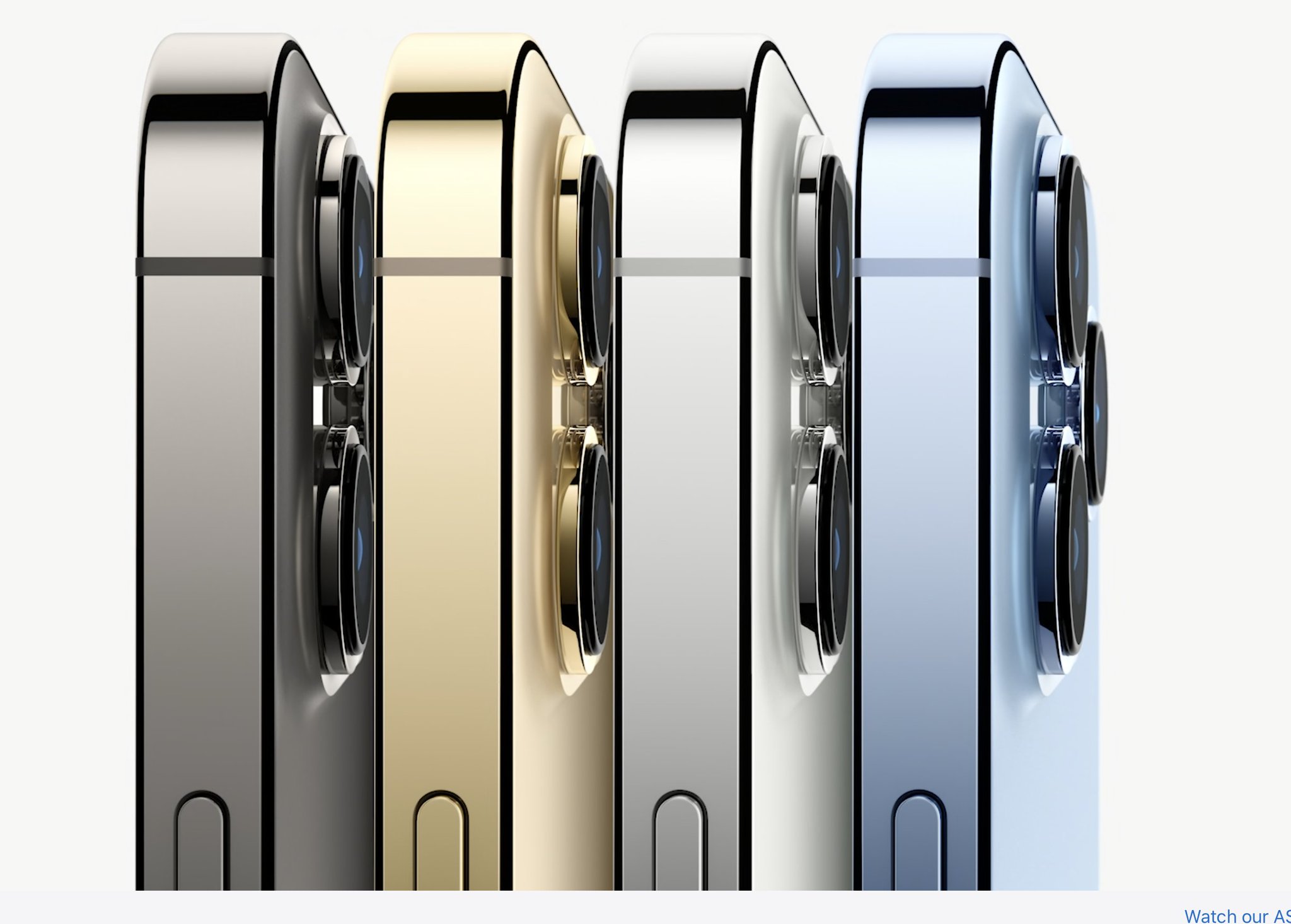 The new models include iPhone 13 mini, iPhone 13 with Super Retina XDR display with A15 bionic chip, which Apple dubbed as the fastest CPU in any smartphone with up to 50% faster than its nearest competitor.

Both supporting 5G, they have ceramic shield at front screen with water resistance, including dual-camera, coming with five new colors — pink, blue, midnight, starlight, and (PRODUCT)RED.

The dual-camera gathers 47% more light for less noise and brighter results in photos and videos, said Apple. The two models have a cinematic mode to enable users to capture cinema-like moments in their videos, which are shoot in Dolby Vision HDR.

They come in four colors — graphite, gold, silver and blue. Their GPU provides 50% faster graphics performance than competitors, which Apple said is the leader in the sector.

For fitness users, Apple Watch Series 7 has nearly 20% larger screen area and 40% thinner edges than the previous model, and over 50% more screen area than Series 3. It will support Fitness+.

Dubbed as the most durable Apple Watch ever built, Series 7 has resistance against cracks, dust and water. Powered with WatchOS 8 that senses cycling activity, it has an 18-hour battery life, while it charges 33% faster than its predecessor. It starts at $399.

As for tablets, the new iPad carries A13 bionic chip with 20% faster CPU, GPU and neural engine than the previous one, which Apple said it is 3 times faster than Google’s Chromebook, and 6 times faster than the top-selling Android tablet. The new tablet supports the first-generation Apple Pencil. It is powered by iPadOS 15.

The new iPad Mini, which comes in four different colors with 5G, has a liquid retina display with a screen size raised to 8.3 inches. It has a 40% jump in CPU performance compared to its previous model. It has a 12 MP rear camera and ability to record in 4K, while it also supports Apple Pencil.

Both iPad models are built with a 100% recycled aluminum enclosure, according to Apple.

Apple’s iPhone smartphones by far continue to be the largest revenue generator for the company with $39.57 billion net sales in the third fiscal quarter, up 49.8% from the same period of last year.

Net sales of iPhone climbed to $153.1 billion for the nine months ending June — up 37.5% year-on-year, according to the company’s latest financial figures released on July 27.

Related Content:  India Cuts Tax To Lure Apple Production Outsourcing To Mumbai
Kenya Insights allows guest blogging, if you want to be published on Kenya’s most authoritative and accurate blog, have an expose, news TIPS, story angles, human interest stories, drop us an email on tips.kenyainsights@gmail.com or via Telegram
Related Topics:AppleApple watchiPadiphone 13
Up Next