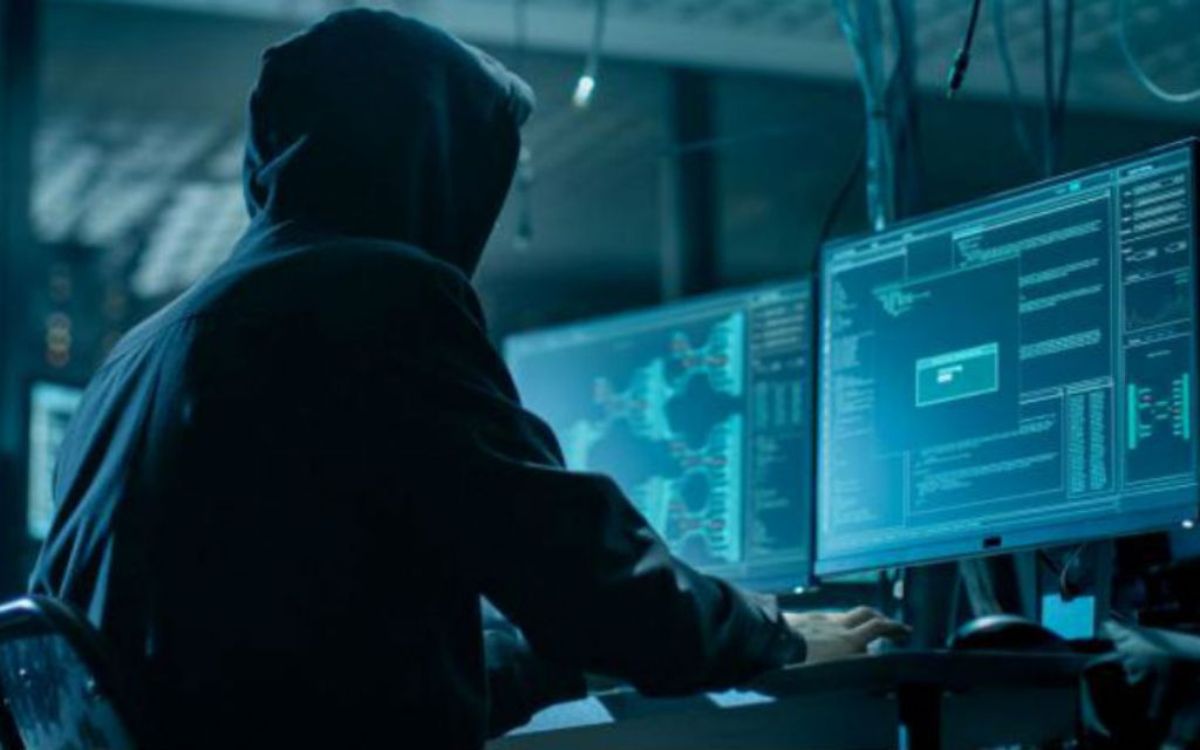 Our forensic analysis has uncovered irrefutable evidence that through iMessage zero-click attacks, NSO’s spyware has successfully infected iPhone 11 and iPhone 12 models. Thousands of iPhones have potentially been compromised.

“Apple prides itself on its security and privacy features, but NSO Group has ripped these apart. Our forensic analysis has uncovered irrefutable evidence that through iMessage zero-click attacks, NSO’s spyware has successfully infected iPhone 11 and iPhone 12 models. Thousands of iPhones have potentially been compromised.

“These attacks have exposed activists, journalists and politicians all over the world to the risk of having their whereabouts monitored, and their personal information and used against them.

“This is a global concern – anyone and everyone is at risk, and even technology giants like Apple are ill-equipped to deal with the massive scale of surveillance at hand.

“NSO Group can no longer hide behind the claim that its spyware is only used to fight crime. There is overwhelming evidence that NSO spyware is being systematically used for repression and other human rights violations. NSO Group must immediately stop selling its equipment to governments with a track record of abusing human rights.

“These findings show that the surveillance industry is out of control. States must immediately implement a global moratorium on the export, sale and use of surveillance equipment until a human rights-compliant regulatory framework is in place.”

NSO Group’s spyware has been used to facilitate human rights violations around the world on a massive scale, according to a major investigation into the leak of 50,000 phone numbers of potential surveillance targets. These include heads of state, activists and journalists, including Jamal Khashoggi’s family.

The Pegasus Project is a ground-breaking collaboration by more than 80 journalists from 17 media organizations in 10 countries coordinated by Forbidden Stories, a Paris-based media non-profit, with the technical support of Amnesty International, who conducted cutting- edge forensic tests on mobile phones to identify traces of the spyware.

The investigation today revealed that Pegasus zero-click attacks have been used to install spyware on iPhones.

Amnesty International was able to confirm that thousands of iPhones were listed as potential targets for Pegasus spyware, though it was not possible to confirm how many were successfully hacked.

Thousands of Google Android phones were also selected for targeting, but unlike iPhones their operating systems do not keep accessible logs useful for detecting Pegasus spyware infection. Among the Apple products successfully infected were iPhone 11 and iPhone 12 models, equipped with the latest updates which were believed to have high levels of security.

Israeli surveillance company NSO Group has been bankrolled by major private equity firms Novalpina Capital and Francisco Partners, with numerous investors behind them. Pension firms in the UK and US also have a stake in the rights abusing company.

NSO Group’s spyware has been used to facilitate human rights violations around the world on a massive scale, according to a major investigation into the leak of 50,000 phone numbers of potential surveillance targets. These include heads of state, activists and journalists, including Jamal Khashoggi’s family.

The Pegasus Project lays bare how NSO’s spyware is a weapon of choice for repressive governments seeking to silence journalists, attack activists and crush dissent, placing countless lives in peril.

The Pegasus Project is a ground-breaking collaboration by more than 80 journalists from 17 media organizations in 10 countries coordinated by Forbidden Stories, a Paris-based media non-profit, with the technical support of Amnesty International, who conducted cutting- edge forensic testson mobile phones to identify traces of the spyware.

“These revelations blow apart any claims by NSO that such attacks are rare and down to rogue use of their technology. While the company claims its spyware is only used for legitimate criminal and terror investigations, it’s clear its technology facilitates systemic abuse. They paint a picture of legitimacy, while profiting from widespread human rights violations.”

“Clearly, their actions pose larger questions about the wholesale lack of regulation that has created a wild west of rampant abusive targeting of activists and journalists. Until this company and the industry as a whole can show it is capable of respecting human rights, there must be an immediate moratorium on the export, sale, transfer and use of surveillance technology.”

In a written response to Forbidden Stories and its media partners, NSO Group said it “firmly denies… false claims” in the report. It wrote that the consortium’s reporting was based on “wrong assumptions” and “uncorroborated theories” and reiterated that the company was on a “life-saving mission”. A fuller summary of NSO Group’s response is available here.

At the centre of this investigation is NSO Group’s Pegasus spyware which, when surreptitiously installed on victims’ phones, allows an attacker complete access to the device’s messages, emails, media, microphone, camera, calls and contacts.

Over the next week, media partners of The Pegasus Project – including The Guardian, Le Monde, Süddeutsche Zeitung and The Washington Post – will run a series of stories exposing details of how world leaders, politicians, human rights activists, and journalists have been selected as potential targets of this spyware.

NSO Group has not taken adequate action to stop the use of its tools for unlawful targeted surveillance of activists and journalists, despite the fact that it either knew, or arguably ought to have known, that this was taking place.

The Pegasus Project revelations must act as a catalyst for change. The surveillance industry must no longer be afforded a laissez-faire approach from governments with a vested interest in using this technology to commit human rights violations.

“As a first step, NSO Group must immediately shut down clients’ systems where there is credible evidence of misuse. The Pegasus Project provides this in abundance,” said Agnès Callamard.

During the investigation, evidence has also emerged that family members of Saudi journalist Jamal Khashoggi were targeted with Pegasus software before and after his murder in Istanbul on 2 October 2018 by Saudi operatives, despite repeated denials from NSO Group.

His wife, Hanan Elatr was also repeatedly targeted with the spyware between September 2017 and April 2018 as well as his son, Abdullah, who was also selected as a target along with other family members in Saudi Arabia and the UAE.

In a statement, the NSO Group responded to the Pegasus Project allegations saying that its “technology was not associated in any way with the heinous murder of Jamal Khashoggi”. The company said that it “previously investigated this claim, immediately after the heinous murder, which again, is being made without validation”.

The investigation has so far identified at least 180 journalists in 20 countries who were selected for potential targeting with NSO spyware between 2016 to June 2021, including in Azerbaijan, Hungary, India and Morocco, countries where crackdowns against independent media have intensified.

The revelations show the real-world harm caused by unlawful surveillance:

“The number of journalists identified as targets vividly illustrates how Pegasus is used as a tool to intimidate critical media. It is about controlling public narrative, resisting scrutiny, and suppressing any dissenting voice,” said Agnès Callamard.

“These revelations must act as a catalyst for change. The surveillance industry must no longer be afforded a laissez-faire approach from governments with a vested interest in using this technology to commit human rights violations.”

Amnesty International is today releasing the full technical details of its Security Lab’s in-depth forensic investigations as part of the Pegasus Project.

The Lab’s methodology report documents the evolution of Pegasus spyware attacks since 2018, with details on the spyware’s infrastructure, including more than 700 Pegasus-related domains.

“NSO claims its spyware is undetectable and only used for legitimate criminal investigations. We have now provided irrefutable evidence of this ludicrous falsehood,” said Etienne Maynier, a technologist at Amnesty International’s Security Lab.

There is nothing to suggest that NSO’s customers did not also use Pegasus in terrorism and crime investigations, and the Forbidden Stories consortium also found numbers in the data belonging to suspected criminals.

“The widespread violations Pegasus facilitates must stop. Our hope is the damning evidence published over the next week will lead governments to overhaul a surveillance industry that is out of control,” said Etienne Maynier.

In response to a request for comment by media organizations involved in the Pegasus Project, NSO Group said it “firmly denies” the claims and stated that “many of them are uncorroborated theories which raise serious doubts about the reliability of your sources, as well as the basis of your story.” NSO Group did not confirm or deny which governments are NSO Group’s customers, although it said that the Pegasus Project had made “incorrect assumptions” in this regard.  Notwithstanding its general denial of the claims, NSO Group said it “will continue to investigate all credible claims of misuse and take appropriate action based on the results of these investigations”.

Kenya Insights allows guest blogging, if you want to be published on Kenya’s most authoritative and accurate blog, have an expose, news TIPS, story angles, human interest stories, drop us an email on [email protected] or via Telegram
Related Topics:ApplehackediPhonePegasus Project
Up Next