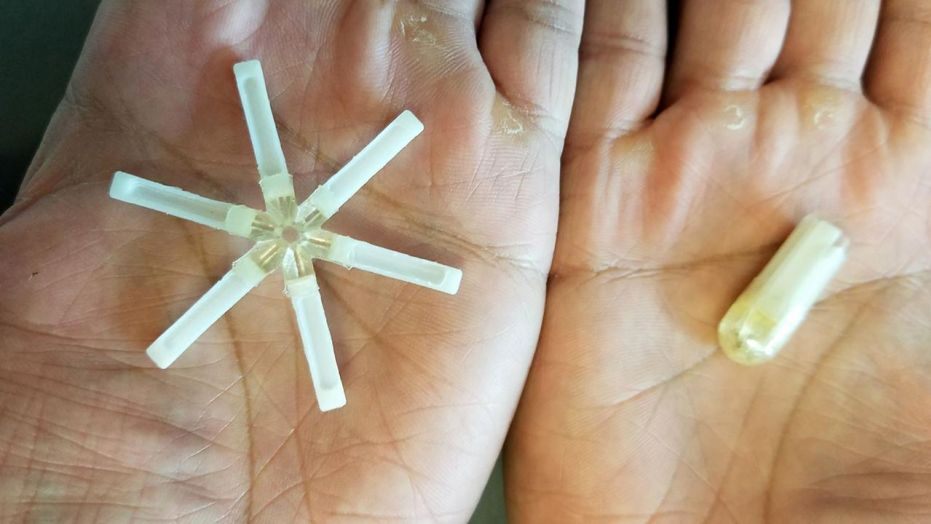 Scientists have now developed a once-a-month oral contraceptive pill, the pill according to medical analysts increases women’s choices in exercising control over their fertility.

Oral pills currently available in the Kenyan market are the conventional pills or the combined oral contraceptive. Other longer-lasting contraceptives available include bi-monthly injections and patches that need changing weekly.

Researchers say that once swallowed, the pill remains in the stomach for weeks while slowly releasing hormones to prevent pregnancy. It is designed to resist immediate attack by stomach acids.

The findings published in the Science Translational Medicine journal suggest that the prototype is a star-shaped drug delivery system packaged into an easy-to-swallow dissolvable capsule not bigger than a regular fish oil tablet.

Once it reaches the stomach, the star unfolds like a flower and starts doing its work of steadily releasing contraceptive hormones housed on its six arms.

“The pill is big to immediately exit the stomach and will remain there for weeks until it has finished its job and can be broken down and excreted from the body. There shouldn’t be any problem with blockages or digesting and passing food. We take safety very seriously,” says Dr Giovanni Traverso from Harvard Medical School, who developed the prototype with colleagues at Massachusetts Institute of Technology.

Testing of the pills on patients is ongoing to determine if it can safely and reliably deliver other drugs— such as malaria therapies.

Kenya Insights allows guest blogging, if you want to be published on Kenya’s most authoritative and accurate blog, have an expose, news, story angles, human interest stories, drop us an email on tips.kenyainsights@gmail.com or via Telegram
Related Content:  Why iPhones Run Faster Than Android With Higher RAM
Related Topics:Oral contraceptive pill
Up Next

Airtel-Telkom Now A Go, Safaricom The Biggest Winner In the Merger