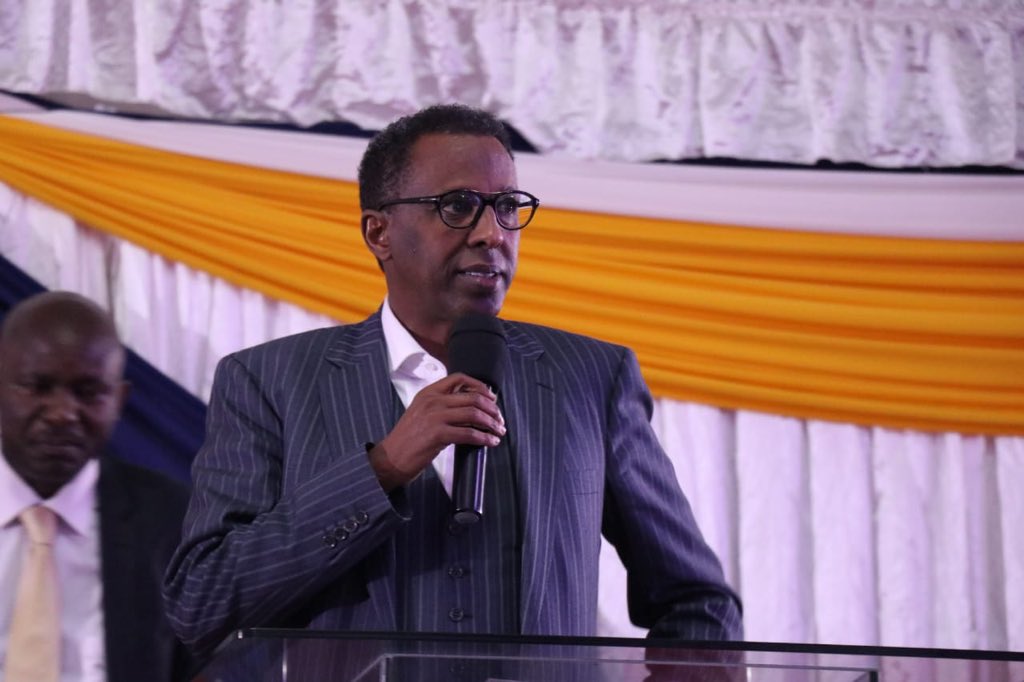 Lawyer Ahmednasir Abdullahi has been ordered to release three vehicles he seized from a state-run roads agency for auction to recover Sh750,000 awarded to him after his luxurious Bentley Bentyaga was destroyed as he drove on a major highway.

He seized the cars last year after the court gave him the Sh750,000 as compensation against the Kenya National Highways Authority (KeNHA) after a shrapnel from a road under repair hit the windscreen of the Bentley.

Justice Chacha Mwita reckoned the law restricts attachment of KenHa property despite ruling that the seizure was not illegal.

“In the end, having considered the twin applications, submissions and the law, it is this court’s finding that section 68 of Kenya Roads Act, restricts attachment of the applicant’s assets, and therefore, no attachment should have taken place,” he said.

Justice Mwita said the law mandates the Director General of KeNHA to pay the debt without delay.

The Judge refused to stop the payment of the award, pending an appeal.

He also rejected KeNHA’s plea to deposit the money in court as a condition to stop the demand.

In October, Mr Abdullahi tweeted that he had instructed auctioneers to attach three vehicles belonging to KenHa after the agency failed to pay him Sh750,311 he spent to replace the shuttered windscreen of his Bentley.

The agency through an assistant director Mr Fredrick Oyunga Onyango moved to court saying Mr Abdullahi had sent auctioneers, who had attached its vehicles, terming the move irregular and unlawful based on section 68(a) of the Kenya Roads Act.

Mr Onyango reckons KeNHA submitted that the award was in its current budget because the court order came after its budget for the year to June had been approved. He said the Act prohibits attachment or execution against properties of the agency but there is a mode provided for demanding awards.

He said the law makes it mandatory for the Director General to pay awards without excuses.

In September last year, Justice Mwita rejected an application by the agency, to suspend the payment, pending its appeal.

KeNHA says it was dissatisfied with the damages of Sh750,311 awarded to Mr Abdullahi.

The agency maintained that Mr Abdullahi did not prove that he suffered damages to the required standards.

The outspoken lawyer allegedly failed to report the incident to the police along the Nairobi-Namanga highway, or their offices or obtain a police OB number. In a precedent-setting decision, the trial magistrate said KeNHA was guilty of negligence and ordered it to compensate for the damages.

In the suit, Mr Abdullahi claimed the workers failed to put up appropriate signs warning motorists of the danger.

A shrapnel hit the windscreen, shattering it as he drove back to Nairobi from Arusha on August 25, 2018.

A Bentley costs between Sh30 million and Sh51 million, according to the Kenya Revenue Authority. The first batch of Bentleys arrived in Kenya in 2017 and the local dealer sold five units in 2018 and in 2019.

The court decision is likely to pile pressure on road agencies to improve the state of infrastructure and ensure safety measures such as the erection of appropriate warning signs.

Related Content:  I Continue To Serve Till End Of My Term In 2022, Defiant Havi Shrugs Off LSK’s Suspension

In countries such as Britain, local authorities and roads agencies pay hefty amounts each year in compensation for car damages due to bad roads.

“In view of the foregoing, I come to the conclusion that the defendant owes the plaintiff and other road users a duty of care. The duty cannot be shifted to a third party,” the court said.

Facebook to label posts in fight against Covid-19 misinformation