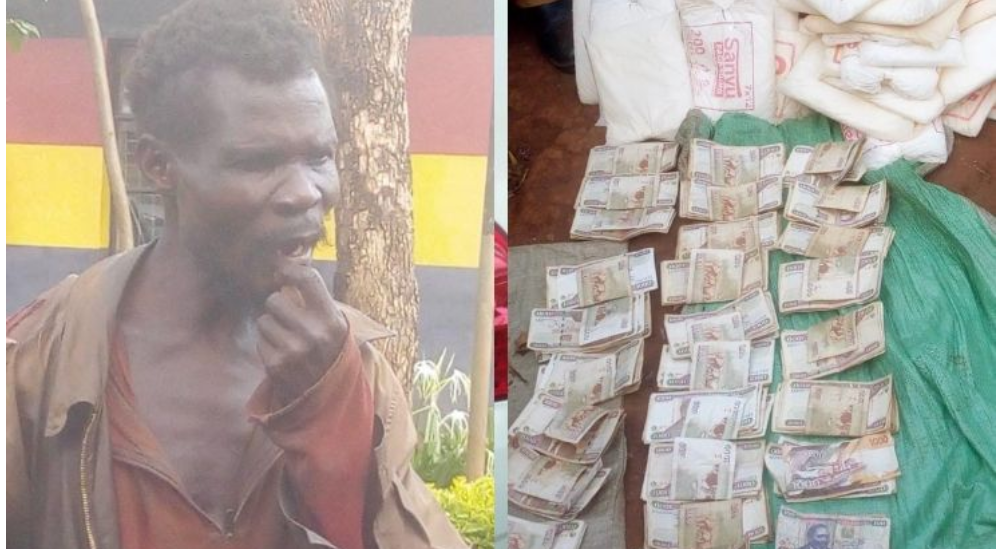 NEMA officials have arrested a middle aged mad man in Bungoma with 275,000 in cash.

The man was arrested last Friday in Kimilili Bungoma county.

Nema Officials have confirmed to this site that the alleged mad man was also in possession of more than 1, 500 banned plastic bags.

The ‘rich mad man’ was arrested in a banned plastics raid planned by NEMA officials and Police.

NEMA officials in Bungoma county told us they are still hunting people who are currently engaging in the banned plastic bags trade.

Joyce Onguso who is the Kimilili Sub-County Deputy Commissioner confirmed the arrest of the ‘rich mad man’ saying that he will be arraigned once investigations into the incident are concluded.

The Police will also investigate how the mentally ill man acquired the money and where he was to take the plastic bags.

The Police are currently holding the suspect at a Bungoma police post.

Rob Kipkoech, the Bungoma County lead environment officer
told this writer that a group of youthful street urchins tried to attack NEMA officials, when they were arresting the rich alleged mad man.

The Government of Kenya On February 28, 2017, banned the production, distribution and use of plastic bags in an international move to curb environmental pollution.

Kenya Insights allows guest blogging, if you want to be published on Kenya’s most authoritative and accurate blog, have an expose, news TIPS, story angles, human interest stories, drop us an email on [email protected] or via Telegram
Related Content:  Rugby Players Alex Olaba and Frank Wanyama Found Guilty Of Gang Rape
Related Topics:BungomaKililiMentally illNEMA
Up Next