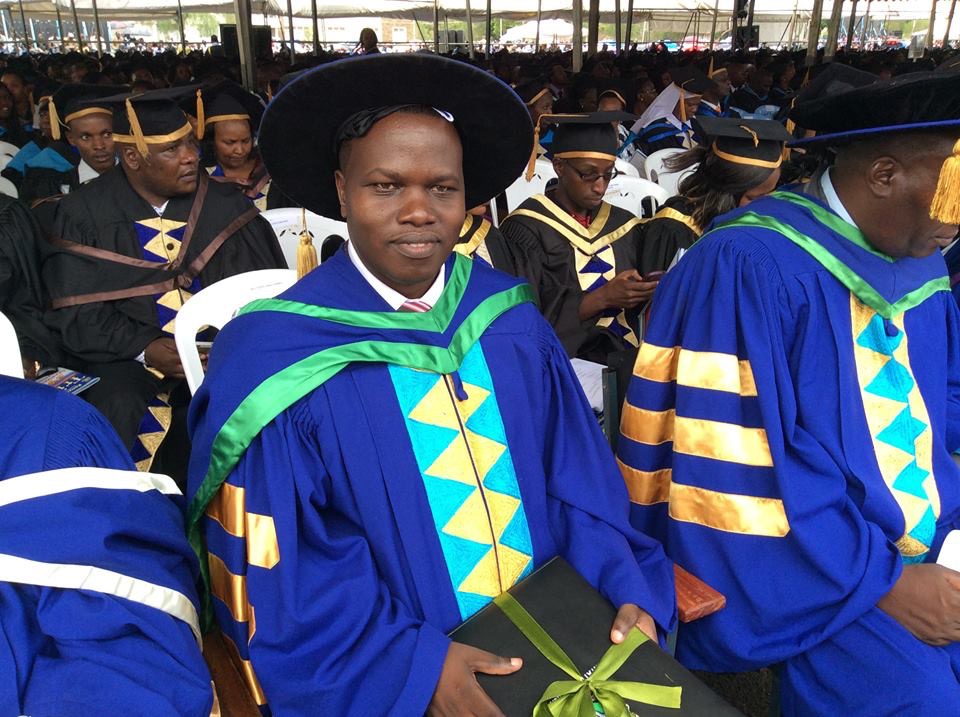 Henry Karauka when he was conferred with a PhD at the University of Nairobi.

When government attempted to impose a mandatory 1.5% housing levy, many in destitute were left in helpless complaints. Many were up against the government not to implement the directive that was seen to only burden the already overburdened taxpayer.

Consumers Federation of Kenya took the matter to court to stop the government from going ahead with the scheme that was not only elaborate on implementation phase but would be more squeezing to the poorly earning Kenyans. Lawyer Henry Kurauka led the team that petitioned the Employment and Labor Relations Court to bar the government from implementing the levy, the court granted their prayers to the relief of the public.

Henry, a soft spoken lawyer who’s not as vocal in the media spaces has been making silent and serious waves in the legal sphere. He’s  an advocate of the High Court, Henry has rendered legal services on constitutional & commercial law. A PhD holder himself from the University of Nairobi, he has taught at various universities for over 3 years.

Karauka who also tried made an entrance into politics in the last election as a Member of parliament contestant for Tigania West even though the bid was unsuccessful, has been handling various public interests matters at the High Courts. The lawyer has developed credit policy at the LSK Sacco Ltd where serves as a director and chairman credit committee.

Regarded as one of the best brains out of Meru County, Henry is also credited for his efforts in checking the government’s interests rates capping law. In March, acting for Cofek, he moved to court appealing against the High Court ruling that declared the bank interest rates capping unconstitutional. 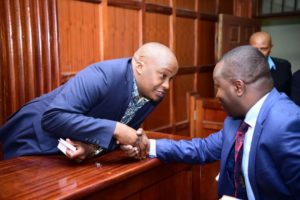 Starehe MP Charles Njagua consults with his lawyer Henry Kurauka before the court granted him bail.

Acting for Kenya Methodist Church, Henry had moved to the Supreme Court to appeal a ruling that allowed Muslim girls to have hijab in school a move  which the church considered discriminatory. The Supreme Court overturned a Court of Appeal ruling allowing three Muslim students to wear hijabs in school.

The Supreme Court in a majority decision said the ruling by the Appellate court allowing the students was against the school uniform policy. The judges ruled that every school has a right to determine its rules.

He’s also remembered for standing with consumers during the digital migration where he convinced the court to extend deadlines for consumers to acquire the digital boxes before the announced government switch off. Representing COFEK, he also filed a case at the High Court compelling star times and Got to continue providing free to air local channels to Kenyans.

Henry Karauka is also becoming the go to lawyer by prominent Kenyans who’ve found themselves in trouble. He’s the lawyer who recently guaranteed Starehe MP’s Jaguar release after he was incarcerated over his sentiments against foreigners invading local’s opportunities.

Karauka also represented Businessman Paul Kobia in the recent gold probe. He successfully secured his release in record time and currently suing the DCI over damages caused on the property of Paul Kobia at his Riverside home. The police forcefully entered the premise.