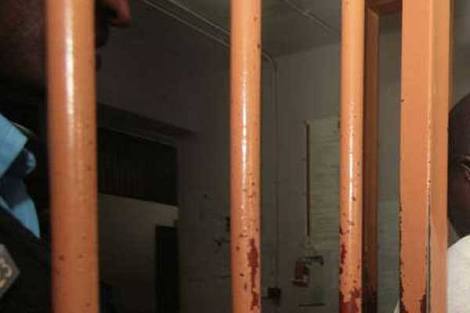 A 14-year-old-girl placed under protective custody over a court case involving a policeman accused of defiling her has reportedly gone missing.

The girl’s mother said she was informed of the disappearance by a Witness Protection Agency official last Friday.

She is reported to have gone missing on December 9, shortly after taking her evening meal.

The mother claimed since she was informed of her daughter’s disappearance, efforts to seek help from Government offices had been futile.

“I have been tossed from one office to the other and directed to visit agency headquarters in Milimani in Nairobi,” she said.

Her family, she said, was traumatised as they had wanted the girl to join secondary education. The minor was in November this year escorted to her former primary school to sit for Kenya Certificate of Primary Education (KCPE) examination.

Head of Investigations at Witness Protection Agency John Nyanzwii confirmed the girl went missing from a safe house last week. He acknowledged the girl had been placed under witness protection.

Mr Nyanzwii claimed the girl stole Sh200 and a set of clothes from other children before disappearing. The girl left a note saying she had gone, he added.

Efforts to find her have not borne any fruit, said Nyanzwii.

He said the matter was reported to Mutuini police station and had been escalated to other places including Muranga. “The (place) is protected by police all the time. We are still looking for her and if you see her please tell us,” he said.

Murang’a County Police Commander Naomi Ichami said she was not aware of the matter as the agency was not under police.

“I’m not aware of the issue as the agency is not under the National Police Service,” said Ms Ichami.

The minor was placed under care of the agency after she was allegedly defiled by an officer in a police station. She was expected to testify against the police constable.

Last week, a team of detectives visited her grandmother’s home near Murang’a town as part of the search which has been extended to other areas.

Sources revealed to The Standard that she fled through the fence despite the safe house being under 24-hour guard. The minor was allegedly defiled inside Murang’a Police Station in October after she was arrested in connection with theft of property belonging to a university student.

I Have Not Defected To Jubilee, Nyali MP Mohammed Ali Clarifies