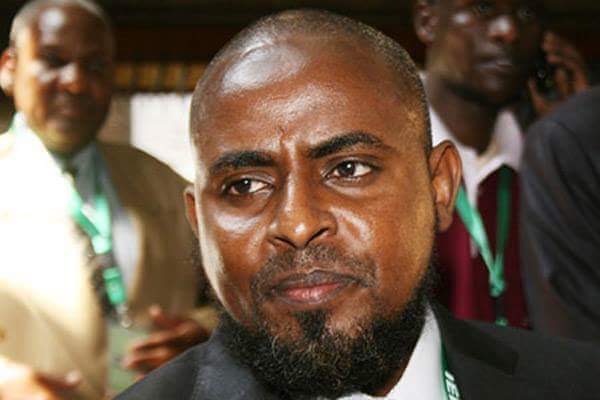 Former Presidential candidate Abduba Dida is a man in trouble, away from his positive public image glittering with a religious and wise old man, a cloud of darkness engulfs his private life.

During a raid by immigration officers and DCIs at his South C home where members of the public had reported suspicious activities were taking place at his two apartments, 12 Chinese officials engaging in prostitution were arrested. It’s said this was a brothel running right in Dida’s home.

According to a Twitter user by the name Of choppy and who’s a neighbor, the raid was timely, “The guy does  illegal businesses in his premises. I was there myself.he seems was engaging in trafficking and money laundering. His boys were busy yapping how  they have pocketed the system. When abduba came he was arrested. Hiyo kameme yake ikaisha hapo pap!”

BREAKING:
15 Chinese were arrested by Immigration officers @DCI_Kenya this morning in South C estate BROTHEL, it's believed they have been engaging in Prostitution. They are being processed for deportation. Cc. @GKihalangwa @InteriorKE #AskImmigrationKE @TheStarKenya pic.twitter.com/R4bmu5DWRV

“Some like Abduba Dida are just vying to market their human trafficking businesses.” Said blogger Alai in 2013. Dida apparently owns an agency that sends Kenyans to the Middle East for employment and it’s in this that he’s suspected to be involved in the illegal activities.

In a swoop targeting fugitives, human traffickers and immigration violators, officers uncovered that Dida’s apartment was operating as a brothel and 12 Chinese prostitutes; eight girls and four men were arrested.

One of the Chinese men arrested in the raid was on the police watch list for prostitution and illegal gambling and had been deported in 2017 only to sneak back into the country disguised under a new passport. Immigration has marked all the arrested as illegal immigrants and are currently being processed for deportation.

At the same time, ten Uganda citizens set to be trafficked To Saudi Arabia by a Kenyan trafficker were also unearthed in the raid. This becomes the first public explode the former presidential candidate is having with the law and will be interesting to watch how it all goes.

VIDEO: Moments When The Ugandan Military Took Over Entebbe Runway Before Arresting And Bundling Away Bobi Wine