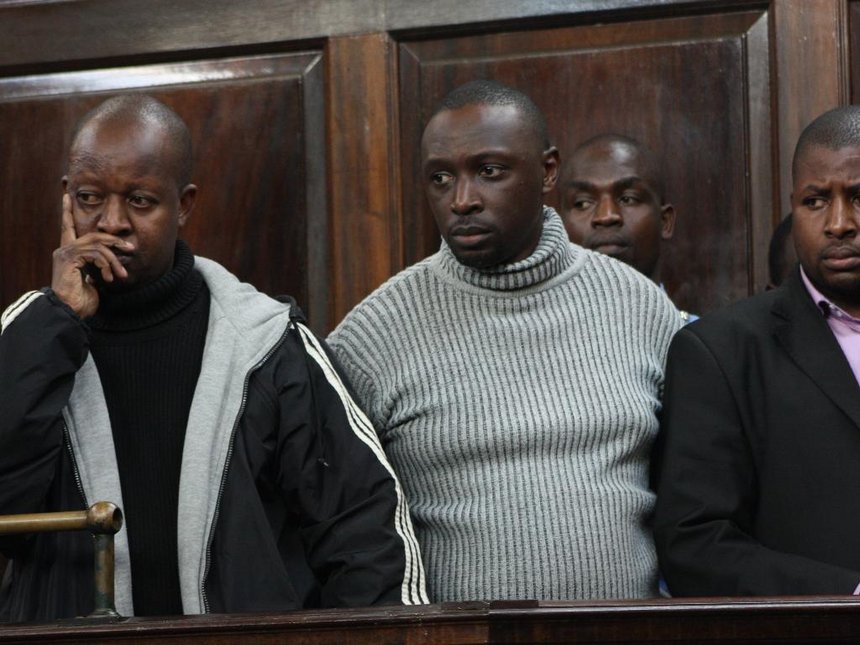 Don Bosco in a file photo at the Tanzanian Court.

Kenyan businessman Don Bosco Gichana who has been jailed without trial in Tanzania for almost six years has finally been set free.

Through the negotiations with Tanzania President John Maghufuli , Mr Gichana has been sentenced in a plea-bargain deal in which he admitted guilty to conspiracy to commit a crime and money laundering for a negotiated lesser sentence of five years in prison(Which he has arleady served) and a fine of approximately Kshs.13.4 to Sh15m which the once monied flamboyant politician is said to be able to afford.

At one time, all Tanzanian lawyers went on strike withdrawing services in protest of his arrest and the detention of his Tanzanian advocate. He was accused that between 2008 and 2010 he filed false tax returns electronically to the US State Department of Treasury internal revenue service using different names of Dale Houston, Herbert Breneman and Syron Hess among others.

Gichana was first arrested on March 29, 2013, when he went to Tanzania to visit Mwale who had been in detention since August 2011 over various charges, among them money laundering.

He was arrested at the Namanga border point on his way back to Kenya after visiting Mwale at the Arusha Central Prison. As it stands, the friends and family are working to pay the fine to secure his freedom and unless something happens, he’s a free man. More details to follow.

Kenya Insights allows guest blogging, if you want to be published on Kenya’s most authoritative and accurate blog, have an expose, news TIPS, story angles, human interest stories, drop us an email on [email protected] or via Telegram
Related Content:  President Kenyatta Witnesses Signing Of Investment Deals Worth $238 Million In Washington DC
Related Topics:
Up Next