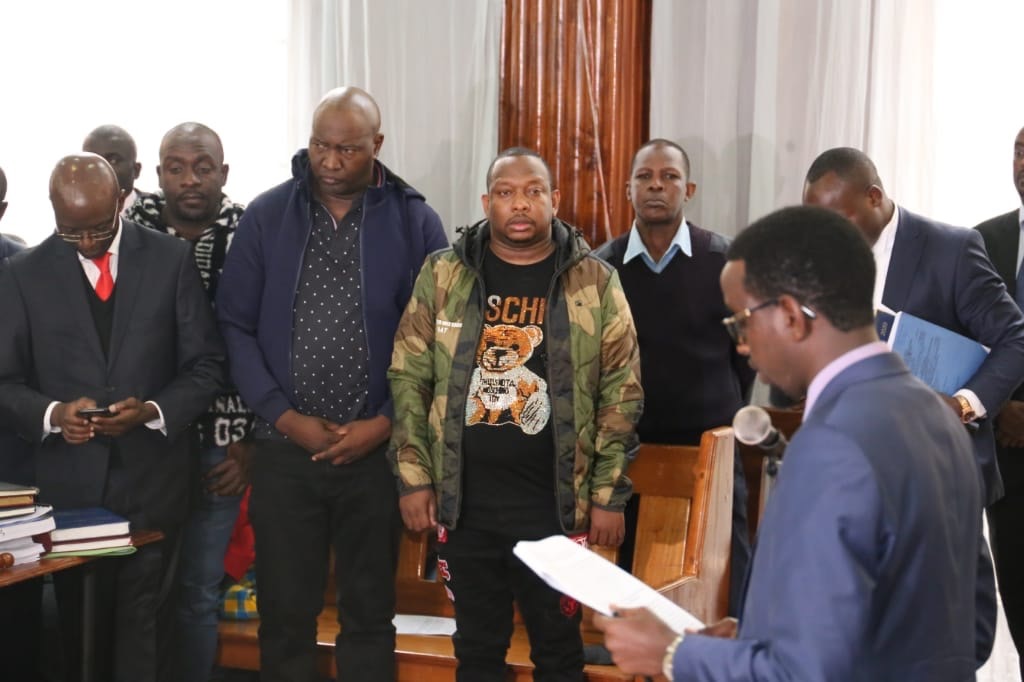 Embattled Nairobi Governor, Mike Mbuvi Sonko’s past came back to haunt him on Monday when the prosecution in the corruption case against the governor objected to his release on bail citing past incidents when he jumped bail.

In  a hearing before Anti-Corruption Chief Magistrate, Douglas Ogoti at the Milimani Law Courts, the team of prosecutors from the Office of the Director of Public Prosecution (ODPP) led by Gitonga Riungu and James Kihara, said the Nairobi governor should not be released on bail since he escaped from lawful custody back in 1998.

The prosecutors said Sonko abused the court process when he was granted leave to get medication at the Coast General Hospital but instead escaped.

The prosecution insisted that Sonko was on a mission to escape when he was dramatically arrested by police in Voi on Friday, adding that this is a clear manifestation that he is a flight risk.

This  means the governor will spend two more nights in police cells after the magistrate said ruling for bail application will be made on Wednesday .

According to the charge sheet, Sonko faces nine charges concerning loss of Sh.357 million at City Hall which include willful failure to comply with procurement laws, conspiracy to commit offence of corruption, abuse of office, unlawful acquisition of public property, conflict of interest, money laundering and acquisition of proceeds of crime.

Related Content:  A 14 Year Old Girl Set To Testify Against a Police Officer Who Had Defiled Her In A Cell Has Disappeared While In Police Protection

His  co-accused are the County Secretary, Peter Mbugua, the Head of Supply Chain Management, Patrick Mwangangi, Tender Opening and Evaluation Committee members Edwin Kariuki, Lawrence Mwangi, Preston Mwandiki and Clerical Officers, Wambua Ndaka and Andrew Nyasiego who have been charged with benefitting from the irregular procurement and payments.

Sonko was also accused of assaulting police officers, willfully resisting arrest and using abusive language towards police officers all of which happened during his arrest in Voi on Friday.

Study Shows Married Women Are Aborting The Most In Kenya