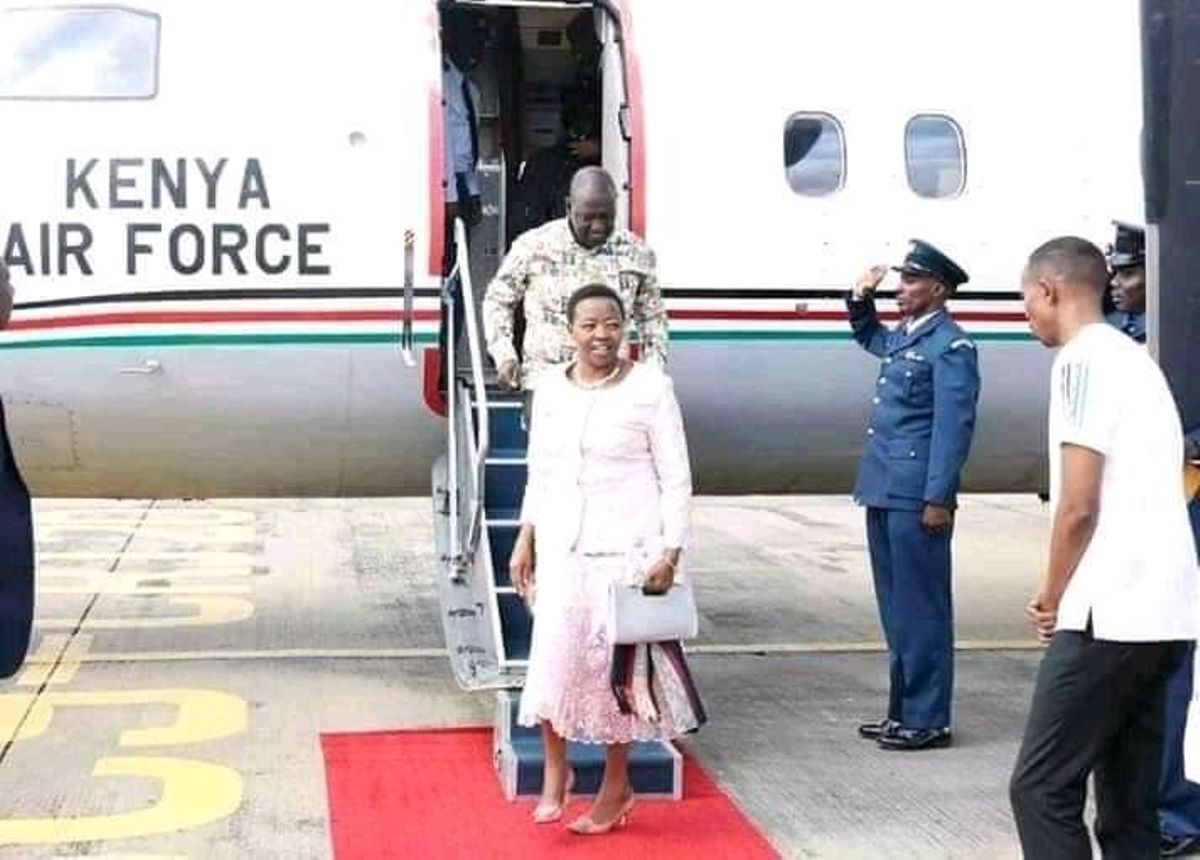 DP William Ruto who is currently engaged in full ground work mobilization as he assembles his team for 2022 is not letting in-house fights to derail his plans.

Earlier in the year DP Ruto was denied access to the Deputy President’s official residence in Mombasa and the exact replayed in his recent visit to Mombasa where he had to stay in English Point Marina Hotel with his entourage.

That is just part of the many problems, according to reports, Ruto has been denied access to military, police choppers that he was previously using, while there’s no official affirmation to this, the body language seem to conclude the exact.

Ruto shocked many by using Skyward Express, a commercial flight for his trip to Mombasa. Normally as a VVIP in government protocol, the DP always has at his disposal military and police fixed-wing planes and helicopters but this was not the case this time.

Ruto who’s also reported to personally own several choppers to his name has also decided not to use them instead opt to using road. It’s unclear as to what could’ve influenced his decision,

His deputy spokesperson Emmanuel Talam said the DP is “comfortable in position, given by the people in the last two elections”.

“He is not the complaining type. He wants the President to build his legacy and is committed to help him achieve that,” said Mr Talam.

Could it be that the DP is developing a paranoia of private planes? In Kenya, a number of prominent persons have perished in plane crushes including Prof. George Saitoti who by then had presidential ambitions and died in a crash that has been a mystery to unravel the facts.

Related Content:  Government Says There Will Be A Second Mass Registration Of Huduma Number By December 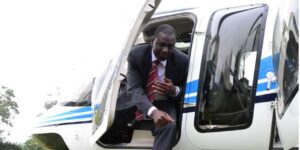 DP Ruto disembarks from a chopper.

It was that the four US nationals were top political consultants and had been hired by Ruto to formulate an elaborate campaign plan for his 2022 presidential bid.

Ruto’s spokesperson David Mugonyi, however, dismissed the reports, saying the four did not work for the Deputy President.

“Staffs who work for the DP are known and are based in his office,” states Mugonyi.

Before his death, Burke was an entrepreneur and run a political campaign firm known as Campaign Services Group.

A preliminary report by the person in charge of the investigation Fredrick Kabunge, indicated that that type of a Helicopter – Bell 505 – had never been involved in an accident anywhere in the world before.

The chopper Mario was flying was owned by Kwae Investments Development Limited a company that is allegedly linked to the DP.

Kenya Insights allows guest blogging, if you want to be published on Kenya’s most authoritative and accurate blog, have an expose, news TIPS, story angles, human interest stories, drop us an email on [email protected] or via Telegram
Related Content:  ODM Replaces The Nairobi County’s Assembly Minority Leader And Whip
Related Topics:
Up Next

Residents Protest The Demolition Of Odera Akang’o’s Cell, Colonial Chief Who Whipped Parents Not Taking Their Children To School