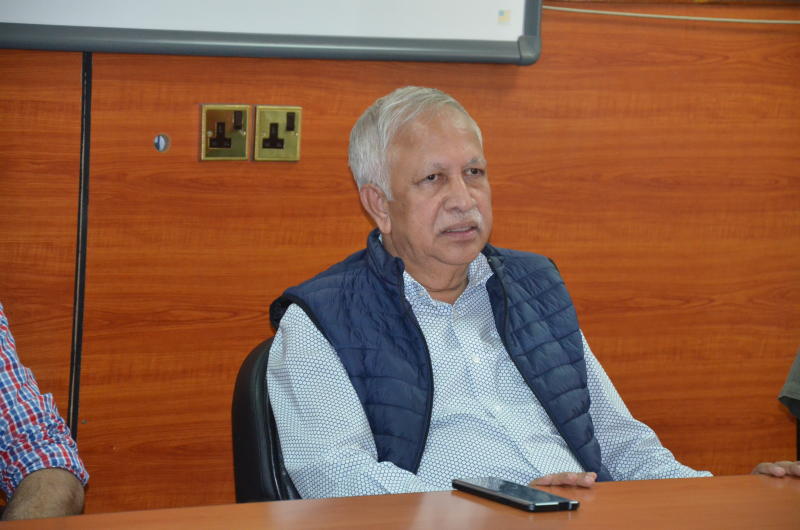 Rao has failed to honour more than three summonses by the Senate Committee on Agriculture, Livestock and Fisheries over the leasing of the Kakamega based sugar company.

The senate committee has threatened him with a looming arrest and prosecution if he fails to present himself today.

“You failed to honour the invitations to appear before the committee on August 6 and 20, and September 20 this year. The Senate has powers to summon any individual to appear before it to give evidence or information,” a letter from the Senate read.

He is expected to have furnished the committee with the resolutions agreed upon over the leasing process of the sugar firm and any court order stopping him from implementing the resolutions.

Kakamega Governor Wycliffe Oparanya has however faulted the Senate for summoning Mr. Rao as he accused them of habouring fixed interests in the controversies surrounding Mumias which he says is a private entity.

“Mumias sugar is a private company and now under receivership. The Senators have fixed interests in the issues surrounding Mumias Sugar Company,” Oparanya said.

Oparanya also challenged the senators to familiarize themselves with the Insolvency Act of companies and stop blocking the leasing of the loss making sugar factory.

He said that the committee is involved in time wasting events at the expense of sugarcane farmers who languishing in abject poverty.

Oparanya’s administration backed Rao who was appointed by KCB-to revive the rundown Mumias Sugar Company despite the leasing process facing a storm.

“As the County Government of Kakamega, we rally behind the efforts of the receiver manager, on behalf of KCB Bank Kenya Limited in getting an investor to revive the factory. We trust that KCB being a reputable institution has credible processes that will deliver the most suitable investor and undertake the revival of Mumias,” said Oparanya.

But Activist Okiya Omtatah moved to court in June this year seeking the removal of PVR Rao arguing that he has failed to protect the assets of Mumias Sugar.

Omtatah said that  instead of breathing life into the company which is in its death bed, Mr Rao chose to mismanage ethanol operations which he shut down in March and halted all manufacturing operations at the firm.

He also argued that Rao lacked proper planning after he cultivated about 1,673 acres of the nucleus estate but failed to plant sugarcane on some 759 acres which went to waste.

“It is clear that the receiver manager who has been on site for some two years now has failed in his mission to protect the company’s assets and to the best extent maintain its operations. Instead, he has completely shut down the company and is en-route to hitting the last nail in the coffin of Mumias Sugar Scheme,” Omtatah told the court.

Kenya Insights allows guest blogging, if you want to be published on Kenya’s most authoritative and accurate blog, have an expose, news TIPS, story angles, human interest stories, drop us an email on tips.kenyainsights@gmail.com or via Telegram
Related Content:  More Kenyans Are Now Investing In Saccos
Related Topics:Mumias Sugar CompanyPVR Ramana RaoSenate summons
Up Next