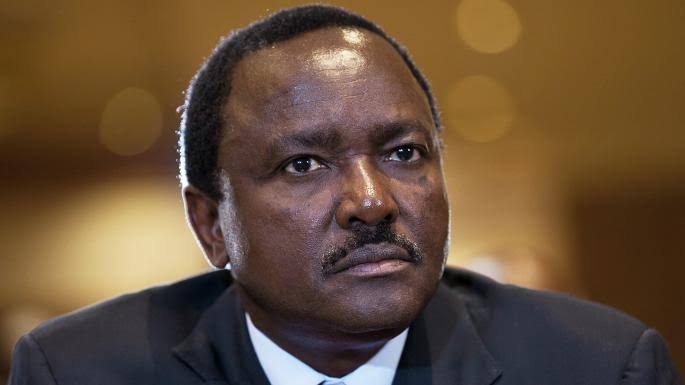 As the race to succeed President Uhuru Kenyatta gains momentum by the day, numerous politicians with an eye on the presidency are busy laying strategies to gain support of the vote-rich Mt Kenya region which is home  to an estimated 5.7 million voters.

However, the region, predominantly inhabited by the Kikuyu community will be playing safe not to support any politician who has a history of playing ‘the wolf’ in sheep’s skin.

Wiper party leader, Kalonzo Musyoka, who has been forced to embrace his ‘Watermelon’ tag due to his unpredictable and unreliable political behavior, has been ruled out of the list of 2022 presidential contenders who are likely to find a soft landing in Mt Kenya region.

Kalonzo has been labeled as an individual who thrives in divisive politics of ethnic hatred and has no vision, energy and appeal to competently sustain a nationwide presidential campaign.

The former ‘errand boy’ of retired President Daniel Moi carries a host of political garbage which acutely puts him in a precarious position to even contemplate seeking the support of the Kikuyu nation.

Top on the list is his role in sowing seeds of discord between Kikuyu and Kamba community, who were hitherto always regarded as ‘friendly in-laws.’

When Uhuru Kenyatta and five other Kenyans were facing charges of crimes against humanity at the ICC, it later turned out that Kalonzo’s infamous shuttle diplomacy which cost the Kenyan tax payer a whooping sh 267 million was aimed at plotting the confirmation of charges against Uhuru so that he (Kalonzo) could be President by elimination.

A senior politician from Mt Kenya region has described Kalonzo ‘the mastermind’ of political strife between Kikuyus and Kambas which has escalated in the past two electoral cycles.

“Kalonzo’s political survival in Ukambani has always been around inciting the community against imaginary Kikuyu enemies. The fellow harbors deep and hidden hatred against the Kikuyu nation,” said the source.

The politician dismissed Kalonzo’s scheduled meeting with a section of political leaders from Mt Kenya at Wiper party headquarters in Karen as ‘an exercise in futility.’

During his tenure as a powerful cabinet minister in Moi era, Kalonzo was instrumental in killing the coffee sector with the aim of sinking the Mt Kenya economy to disempower then opposition which was fiercely agitating for good governance by the Moi     Government.

In the run up to the 2017 general elections, outspoken Gatundu South MP, Moses Kuria blasted Kalonzo for ‘selfishly’ turning down an offer to work with Jubilee even after being guaranteed several positions in Government.

“Dear Kalonzo, you will never go back to feeding Kambas with dog meat. Jubilee will liberate them. Stop your bile and bitterness. We offered you six cabinet secretary positions, 15 PS’s 50 chairmen and 50 CEOs of parastatals and 30 ambassadors for Kamba professionals. You selfishly refused. Now prepare for five more years in the opposition,” Kuria was quoted saying.

And reacting to the news that Kalonzo will today (Tuesday) host a section Mt Kenya leaders, dozens of Kenyans on tweeter rubbished the event terming it politically inconsequential.

Said one Eli Gold, “Kalonzo has invited a section of Mt Kenya leaders to his office in Karen at 11 am. I am wondering is it for us to lie low as antelopes or to tell us how our names betray us. We might have forgiven because of the handshake but we have not forgotten.”

Suleiman Shahbal: Mombasa Is On The Verge Of Death