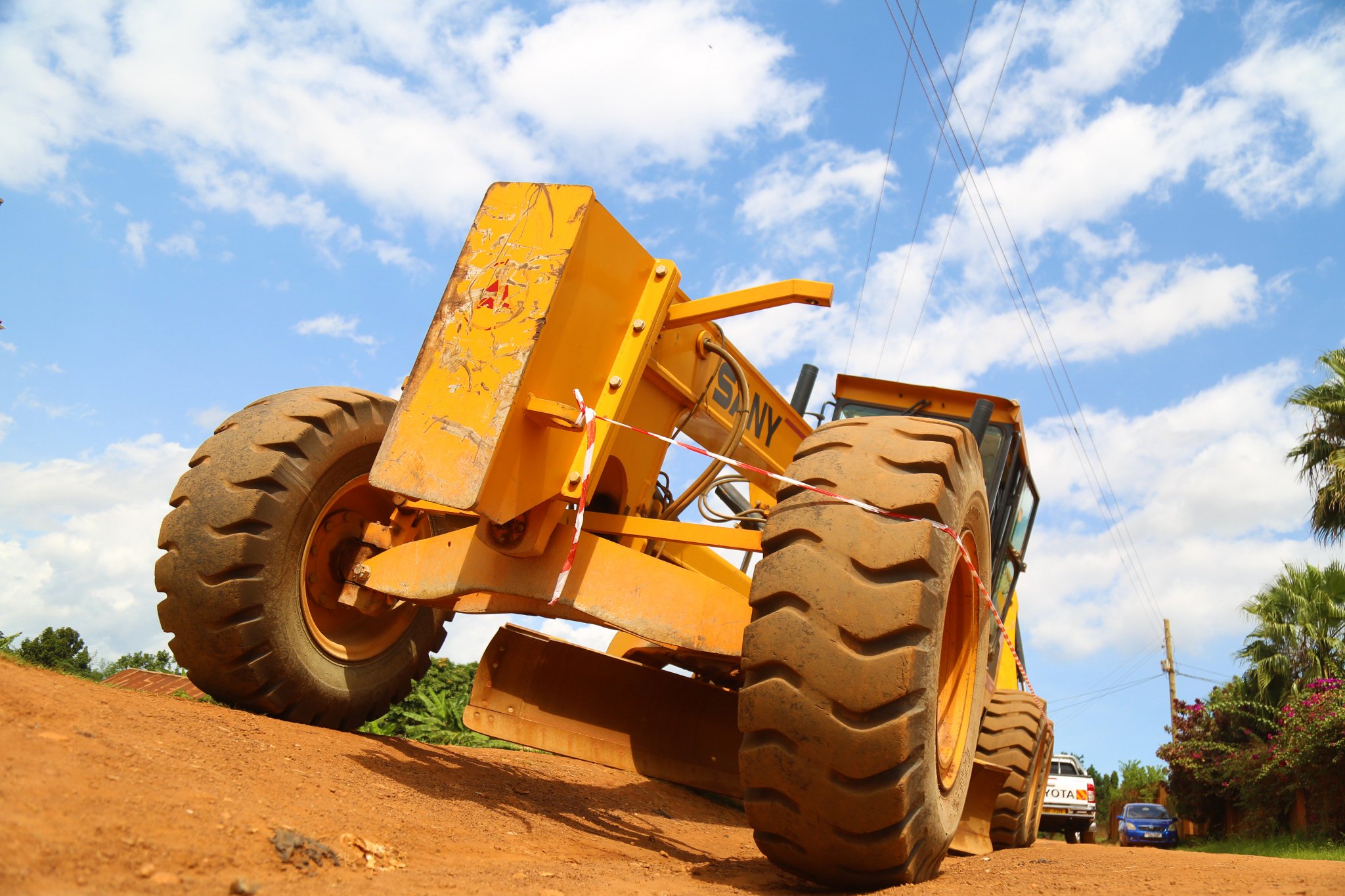 China State Construction Engineering Corporation (CSCEC), one of the world’s largest infrastructure developers, is facing a bid to stop it from bagging government contracts in Kenya following corruption allegations.

Activists Eric Kithinji and Kahonu Njuguna are seeking High Court orders to have the firm refund all money it has made from projects funded by the taxpayer, and bar the Chinese firm from undertaking any government project.

The two individuals have also asked the court to stop the contractor from proceeding with three road construction projects under the Kenya National Highways Authority (KeNHa) worth over Sh20 billion.

Mr Kithinji and Mr Njuguna have sued the developer, and enjoined KeNHa as an interested party in the suit.

Neither the firm nor Kenha has responded to the suit.

The Chinese firm has been doing repair works on the 67.7 kilometre Thika-Magumu road since August, 2020 after its Sh2.1 billion bid was declared the best.

But the suit by Mr Kithinji has revealed that KeNHa in November, 2021 terminated the company’s contract over alleged impropriety and delays in completion of the project.

The KeNHa letter cited violation of section 66(2) of the Public Procurement and Disposal Act, which prohibits corruption and conflict of interest by government contractors.

On January 4, 2022, the company bagged contracts to construct the Isiolo-Kulamawe, Kulamawe-Mogodashe and Garbatulla Spur roads while laying fibre optic cables.

Mr Kithinji and Mr Njuguna argue that under Kenya’s procurement laws, the delays and impropriety cited by KeNHa in the November tender termination notice are grounds to bar a contractor from government deals.

“The petitioners question the above tender award which is 10 times the size and cost of rehabilitating the Thika Magumu road (which had been previously terminated for fraudulent acts and poor performance by the respondent company),” Mr Kithinji and Mr Njuguna say in the petition.

“The petitioners are of the opinion that the respondent (CSCEC) must be debarred by this honourable court from continuing to flout Kenyan laws and directives, and must be debarred from working in Kenya forthwith.”

The contractor has several construction projects from both the public and private sector in Kenya, and is one of the most successful Chinese contractors operating locally.

Aside from several road projects, CSCEC is also performing a contract under the government’s affordable housing plan. The firm completed construction of 260 housing units in Ngara last year, seven months ahead of schedule.

CSCEC was initially contracted to build what would be Africa’s tallest tower in Nairobi’s Upper Hill, before financial and legal headwinds scuttled the project.

The Chinese firm will still have bragging rights for constructing the continent’s tallest building, as it is midway through putting up the Iconic Tower in Egypt’s New Administrative Capital (NAC).

The Chinese firm has recently been accused of mistreating employees in Turkana.

Kenyans working for a Chinese company in Lokichar, Turkana have decried threats, arrests and unfair dismissal by their Chinese bosses. Fighting for better working conditions, the employees had a union that the management clamped down on and victimized anyone that raised a hand and a ruthless show of dictatorship and disregard for basic workers rights.

Trouble escalated on September 15 2021, when the company terminated contracts of two workers midway without any explanation. Lowos Emeri who worked as a driver and Fredrick Oyago (wiring technician) were amused when they were summoned to the human resource office and handed letters terminating their three months contract.

‘’The dismissal letters did not mention reasons for the abrupt action,’’ said Salman Loa, a workers union official at the firm whose contract had also been terminated.

Fueled with impunity, efforts by union leadership to present grievances with the management turned chaotic, with firm’s manager Henry Xu threatening to call police on them.

The Chinese firm failed to reinstate sacked workers despite intervention by various stakeholders including the Ministry of Labour and local provincial administration. 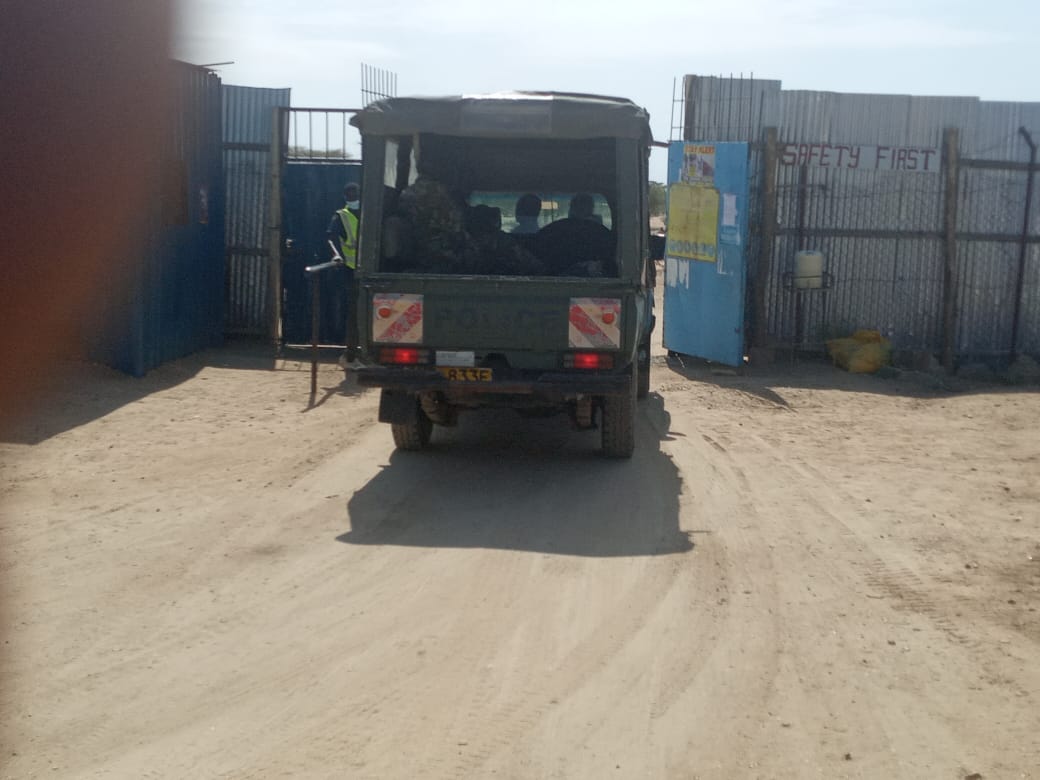 According to reports, the firm’s management colluded with the police to arrest the workers union chairperson Bernard Kerio and booked him for incitement, murder threats among trumped up charges.

The management at the time denied colluding with the police to intimidate vocal workers but failed to give reasons for alleged unfair dismissals.

‘’We cannot interfere with police work. Those arrested will have their day in court. Our duty is to undertake our assignment by involving locals. We create jobs but our detractors are keen on creating troubles,’’ a manager at the Chinese firm said on the phone.

Cases of Chinese firms mistreating locals is not new but a troubling problem that continue to weigh down on poor Kenyans who’re at the mercies of the cruelty. Rarely do leaders talk against the atrocities since of them are compromised and in the Chinese pockets.

Related Content:  Fake Gold Fraudster Kongolo Released On A Sh10M Bond
Kenya Insights allows guest blogging, if you want to be published on Kenya’s most authoritative and accurate blog, have an expose, news TIPS, story angles, human interest stories, drop us an email on [email protected] or via Telegram
Related Topics:China State Construction Engineering Corporation (CSCEC)
Up Next