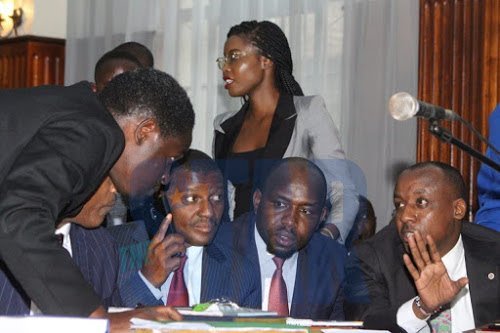 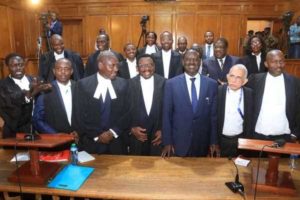 Lawyers are a higher breed of intellect, and so it’s their privilege to lie.

It’s said that Lawyers make the best legislators and so are Lawyers-turned- Politicians. In world stage, i cant disagree with this norm but this has greatly derailed Kenya as a 3rd world country still in the cleansing cycle to remove economic, political and social rusts. This makes me furthermore agree with Richard Laam that “All we know about the new economic world tells us that nations which train engineers will prevail over those which train lawyers. No nation has ever sued its way to greatness. ”

Lawyers are smart intellects but privileged liars provided that their bank accounts keeps on bloating with money.

In Kenya, mainstream media houses are paid to cleanse public coffers through their lawyers as political analysts to control public mind since power lies in the hands of the people and which also corrupts minds of the judges and magistrates.

Argument by lawyers should only be in the court rooms. But these Lawyers- turned- Politicians cover up in the name of Political analysts at a time when they’re representing high profile, elite class cases.

This is evident and in the public dormain when Chief Justice David Maraga pointed out controversial City lawyer Grand Muller Ahmednassir Abdulahi for disrespecting the Courts and profession arguing and discrediting court outside the court. 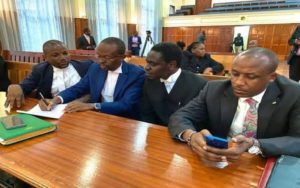 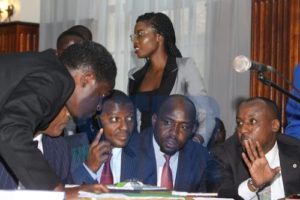 The team standing by the side of Governor Mike Sonko led by lawyer Cecil; Makueni County Senator Mutula Kilonzo Junior, Senator Kipchumba Murkomen, Dan Maanzo-MP Makueni, George Kithi, Alphonse Mutinda, Osundwa Michael, Harrison Kinyanjui lawyer Nelson Havi and three othersSonko is facing money laundering, bribery and other corruption-related charges on a Sh357 million scandal to which he pleaded “not guilty” to when he was arraigned before anti-corruption court magistrate Douglas Ogoti, in a packed court that was secured by anti-riot police officers.
Related Content:  Supreme Judgement, The Absence Of Justice Ibrahim Mohamed Changes Everything 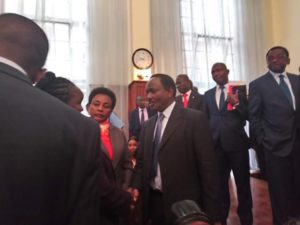 This whole legal team was full of Lawyers turned Politicians from one political side. A case which was politically instigated over 2017 elections when Supreme court which DCJ Mwilu was among the 4 Judges who invalidated the 2017 General election Presidential results as null and void being hunted by the same people whose results were invalidated and who had promised to revenge the Judges,  promised to revisit the Judicial system which they termed as ‘Wakora’ network – Conmen.

Here is a hullabaloo where the watchdog Senator who is suppose to oversee the performance of the County led by the Governor is protecting the thief in the name of being a lawyer. This is case of personal interest being that they both belong in the same political party at the ground hence his involvement was in the best interest of the party and personal gain over the common citizens, taxpayers whose money were stolen from.

I fail to understand the kind of Jurisprudence by which Kenyan lawyers-turned-politicians, who have been leading demonstrators to fight against corruption, can rationalize defending those accused of corruption

In Kenya, almost 60% of the Legislators are Lawyers-turned-Politicians. They make laws in parliament that will be easy for them to defend and win in the court when caught up. They make laws that suit their best interests tomorrow. Legislators duty is to make laws while Lawyers duty is to defend these Laws and simply you dont expect those who defend these laws to make tough legislations that will challenge them to defend. These individuals don’t represent interest of common mwananchi but the best interest of their future jobs.

Personally i think it’s high time Lawyers-turned-politicians are exempted from participating in such cases if this Graft menace is to be won. A lawyer with briefcase steals 100 times what 100 gunmen can steal at the same time.

Kenya Insights allows guest blogging, if you want to be published on Kenya’s most authoritative and accurate blog, have an expose, news TIPS, story angles, human interest stories, drop us an email on [email protected] or via Telegram
Related Topics:Dan MaanzoJames OrengoKalonzo MusyokaKipchumba MurkomenPhilomena Mwilu
Up Next