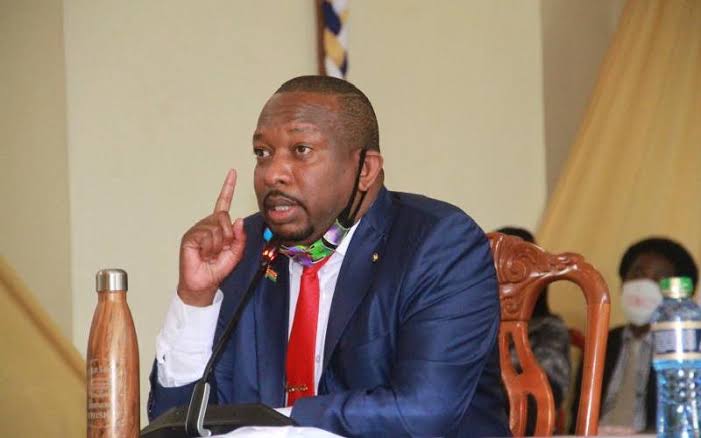 In February, the governor signed a deal with the national government, which saw four key departments taken over from County government to National government .They included: Health and Transport, Public Works, Utilities and Ancillary services and County Government Planning and Development.

5 months ago, I published an insight of the signature that might end Sonko County woes https://kenyainsights.com/the-signature-that-might-end-mike-sonkos-woes/ .

This ceremony came at a time when Governor and his co-accused faced 19 charges of corruption, abuse of office and irregular payments that saw the county lose Sh357 million.

Count 2: The governor is accused of conflict of interest. Sonko is accused of knowingly receiving Sh1 million from Web Tribe Limited, the parent company of JamboPay, through ROG Security Limited. The money is said to have been received on or about January 19 through Equity Bank Limited, Nyali branch.

Count 3: The governor is accused of knowingly receiving another Sh1 million from Web Tribe through ROG, through Equity Bank, Kenyatta Avenue branch.

Count 5: The county boss is accused of knowingly receiving Sh1 million from Fredrick Odhiambo alias Fred Oyugi of Yiro Enterprises through ROG on December 27, 2018. The cash was received through Equity Bank’s Four Ways branch. According to the charge sheet, the county hired unspecified “heavy equipment” from Yiro.

Count 6: The county boss is accused of receiving Sh1 million from Yiro through ROG on December 27, 2018. The cash was deposited into his account at Equity’s Nyali branch.

Count 7: Sonko is accused of knowingly receiving Sh1 million from Mr Odhiambo through ROG on December 28, 2018. The prosecution says the cash was received through Equity Bank’s Kwale branch.

Count 8: Sonko is accused of receiving Sh1 million from Yiro through Equity’s Nyali branch on December 28, 2018. The alleged irregular payments were a facility by ROG.

Count 9: The governor allegedly received Sh1 million from Mr Odhiambo through ROG on December 27, 2018. The money was deposited into his account at Equity’s Kenyatta Avenue branch.

Count 10: Sonko is accused of unlawfully receiving Sh400,000 from Mr Odhiambo on December 28, 2018 through Equity’s Kenyatta Avenue branch. The payments were facilitated by ROG.

Count 11: The governor is accused of pocketing Sh1 million from Mr Odhiambo and Yiro through ROG on December 28, 2018. The illegal payments were done through Equity’s Kenyatta Avenue branch.

Count 13: The governor is accused of receiving proceeds of crime – Sh3 million – from Web Tribe – on or about January 19 at Equity Bank.

Sonko denied all these charges and secured his release after paying a cash bail of Sh15 million. The High Court in Nairobi had granted him a Sh15 million cash bail or an alternative bond of Sh30 million with a surety of a similar amount.

Court also barred Sonko from accessing his office and commenting on the case on social media as were the directorates of public prosecutions and criminal investigations and the Ethics and Anti-Corruption Commission. And being that he had no Deputy, the Magistrate ruled that if need be, he can be escorted by the investigating officer or any other authorised officer.

Tuesday 25 Feb, 2020 In a historic land mark agreement signed at State House where Governor Mike Mbuvi Sonko and Devolution Cabinet Secretary Eugene Wamalwa in concurrence with H.E President Uhuru Kenyatta, signed an agreement, officially handing over functions of the Nairobi County Government to the National Government, pursuant to Article 187 of the Constitution.A move which saved him from prosecution, impeachment motion that was being engineered against him by all forces at disposal.

Nairobi Governor Mike Sonko (pictured) has formally registered his intent to pull out from the deed of transfer agreement entered between the two levels of government.

In a letter addressed to the Attorney General, Devolution CS Eugene Wamalwa and Nairobi Metropolitan Services Director General Mohammed Badi, Sonko has declared a dispute between the county and the national government.

In the letter dated July 24, 2020, Sonko stated his desire to terminate the Deed of Transfer of Functions going forward, citing numerous illegalities in the deed of transfer.

Sonko highlighted that there was neither consultation regarding the affected departments nor cooperation from the national government prior to the execution of the Deed, which was in contravention of Section 4 of the Intergovernmental Relations Act.

He noted that no joint committee or authority had been formed in furtherance of the envisaged cooperation between the two governments. Sonko said the national government had rather adopted an overbearing, superior and scorched attitude so far.

“Whereas the Deed, in its recitals, expresses common intent, there was hardly any common intent at the antecedent level. There is no justification offered by the State for the takeover of the four functions at any stage prior to or subsequent,” stated Sonko.

The governor once again reiterated that the existence of the NMS was illegal, as it had “no legal underpinning, legal existence and function.”

Sonko and Badi have also intensified a fight over the former mayor’s posh residence in Lavington.

The tussle began on Tuesday after Sonko announced that he had repossessed the former mayor’s residence after it was surrendered by the Ethics and Anti-Corruption Commission.

Nairobi governor Mike Sonko now claims he was not in the right frame of mind when he signed the deal to transfer some functions of the county to the national government in February this year.

But Sonko says he was not sober. “I was not sober (when I signed the bill),” Sonko explained during a recent interaction with his followers on Facebook.“Hawa watu wa State House waliniconfuse na pombe kwanza (some people at State House confused me with some alcohol) by the time I was meeting the President for the signing I was just seeing zigzag.”