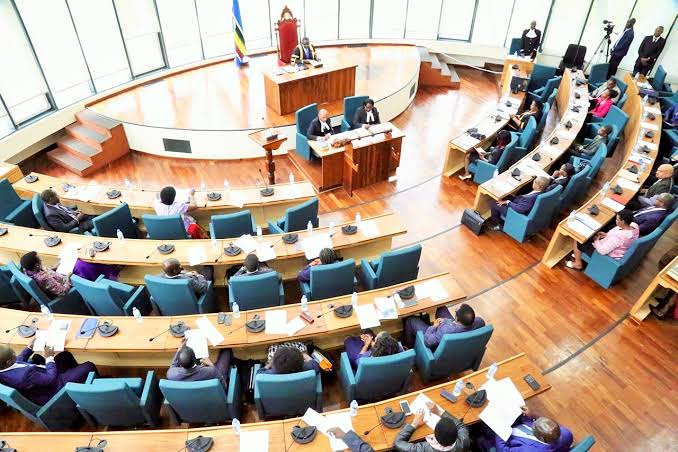 This follows months of tension within the ruling party that has seen allies of Deputy President William Ruto dropped from key parliamentary positions and others subjected to disciplinary action.

Among the five, only Mr Aburi has updated his contributions to the party, according to the party’s Regional Director – Eala Stephen Mwanga who also doubles up as the regional director for Kiambu County in Jubilee party.

Like all political parties do to run its activities, the legislators are required to remit to the party Sh20,000 per month but three of them have defaulted for the last 31 months while Ms Muhia had only paid Sh100,000. The party now requires the trio to clear their Sh620,000 arrears while Ms Muhia is obligated to settle her Sh520,000 debt. This brings to Sh2,380,000 total amount owed to the party for the last 31 months by the legislators.

“This is a formal notification to you as Member of Parliament East Africa Legislative Assembly of Jubilee Party that you have defaulted in your remittance of your monthly subscriptions.”

“According to our records, you have defaulted to remit your party subscriptions amounting to Sh620,000 as at July 2020,” read one of the letters signed by Mr Tuju.

In the letters written to individual members and served on Monday, the MPs are required to respond to Mr Tuju and Mr Mwanga in seven days or face disciplinary action.

“Take notice that you are in breach of Jubilee Party Constitution and your actions attract a penalty including but not limited to suspension or revocation of your nomination and sponsorship. Note that you signed acceptance of the terms of membership and nominations,” the notices read in part.

It further states; “take notice that unless you make immediate payment of Sh620,000, disciplinary proceedings shall be commenced against you without any further reference to you at your detriment.”

Mr Tuju, in his letters, invokes section 14 of the Political Parties Act Cap 7B of the Laws of Kenya and Article 13.3 (1) H. of Jubilee Party Constitution which states as; “Disciplinary action shall be instituted against a member in cases of failure to make remittance or pay dues to the party.”

“We also make reference to your application for Jubilee Party nomination and sponsorship and your committal letter signed by yourself giving an undertaking to abide with all party regulations including payment of subscriptions.”

Notices had been dispatched to the said legislators and that they only have seven days to respond or “face the law.”

It’s said they had ignored a reminder by the Registrar of Political Parties to make their payments to the party and that as such, “we have no other alternative but to take necessary measures against them,” said Mr. Mwanga.

The Political Parties Act and the Jubilee Party Constitution is crystal clear on what they are required to do and failure to observe this will automatically lead to revocation of their names,” said Mr. Mwanga.

Worrying situations at EALA recently are revolving around salaries and Employees of the East African Legislative Assembly are yet to get their June salaries, while members of parliament have gone three months without their full pay as the cash-strapped institution scrambles to put together its 2021 annual budget whose deadline passed last week.

EAC employees whose renewable contracts ended will no longer be allowed to perform their duties as they are now persona-non-grata at the Community.

The affected staff have also not been replaced following delays in holding of Council of Ministers assemblies as well as the Heads of States summits, creating a human resource crisis for the Secretariat. While passing a resolution to extend the budget reading deadline to end of this month, the EAC legislators also debated the memberships of Burundi and South Sudan, who have fallen far behind in paying up their annual remittances to the EAC — making them vulnarable for expulsion.

The furious MPs passed a resolution to expel the two countries; whose fate now lies in the hands of the EAC Council of Ministers. Mr Aden moved the motion requiring the EAC leaders to consider invoking Article 143 and 146 that calls for suspension and expulsion, from the community, of members who default on their yearly payments.

All member countries are required to pay $8 million annually to the EAC as contributions. But by June 10, Burundi, which joined the EAC in 2007, had arrears spanning two years totalling $15 million.

South Sudan owes the community a total of $27.8 million. The country became the sixth member after joining the regional body in 2016.

Other EAC partner states that have arrears are Uganda with $1.6 million; Rwanda $2.7 million and Tanzania $4.2 million. Kenya is the only country out of the six members that has fully paid its annual contributions and who has exceeded its yearly financial obligations to the EAC by over $1.9 million.