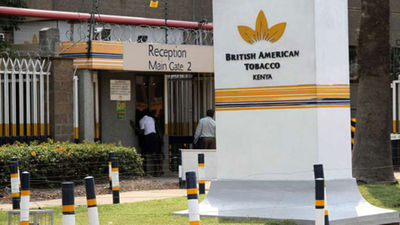 Allegations of top level bribery, use of questionable dealings to market illness-causing tobacco-related illness, death and economic harm across Africa

Two new analyses of whistleblower documents and court records by the Tobacco Control Research Group at the University of Bath and published by STOP, suggest that BAT allegedly used payments to dozens of individuals and potentially unlawful surveillance to tighten its market grip on Africa.

The reports—one on the company’s activities in several East and Central African countries, another on its aggressive tactics in South Africa — reveal that BAT appeared to be operating “as if it were above the law,” according to the report on South Africa, to sell cigarettes — products known to cause tobacco-related illness, death and economic harm — across the region.

The researchers categorised payments into two: Those “raising questions under the United Kingdom Bribery Act (UKBA)” and another less serious but still suspicious group of payments “warranting further investigation under UKBA.”

The payments included more than $28,500 to sources within the Kenya Revenue Authority and more than $38,500 to a minister in Kenya, allegedly in exchange for intelligence and to the award of a tender to offer tracking services.

In Kenya, roughly $56,000 was paid to a private contractor, allegedly to covertly establish a trade union and orchestrate labour unrest at a competitor, Mastermind Tobacco Kenya. The effort was dubbed “Operation Snake.”

In Uganda, the investigators say some $20,000 was found to have been sent to the chair of a Ugandan parliamentary committee to allegedly “amend” a report related to an investigation into Continental Tobacco Uganda.

Another $110,000 was found to have been paid to an executive of Leaf Tobacco and Commodities Ltd of Uganda, allegedly in exchange for evidence of potentially illegal activities by the firm. A document of the proposal appears to include an offer to arrange an “immunity from prosecution agreement.”

They also show that BAT staff in London appear to have been involved in requesting and authorising payments, processing invoices and approving service-provider contracts.

Some employees seemed to know they were involved in questionable activities as they used aliases and private email accounts when communicating.

Investigations on BAT in South Africa found that BAT oversaw two networks of paid informants that operated under the guise of anti-illicit trade monitoring, but the researchers say their analysis suggests the strategy was anti-competitive, not anti-smuggling, with a goal of disrupting the illegal and legal operations of its competitors.

BAT appears to have influenced state agency activities, including law enforcement, to help it carry out its espionage.

“The involvement of head office staff and executives in activities highlighted in these reports raises questions about its business practices beyond Africa,” said Director of Tobacco Control at The Union, a partner in STOP, Gan Quan.

Kenya Insights allows guest blogging, if you want to be published on Kenya’s most authoritative and accurate blog, have an expose, news TIPS, story angles, human interest stories, drop us an email on tips.kenyainsights@gmail.com or via Telegram
Related Topics:British American Tobacco (BAT)Tobacco Control Research GroupUnited Kingdom Bribery Act (UKBA)
Up Next