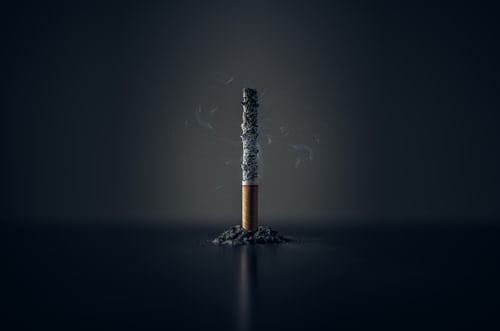 The reports—one on the company’s activities in several East and Central African countries, another on its aggressive tactics in South Africa—reveal that BAT appeared to be operating “as if it were above the law,” according to the report on South Africa, to sell cigarettes to Africans—products known to cause tobacco-related illness, death and economic harm—across the region.

Evidence appears to connect BAT to hand-delivered cash, cars, per diems and campaign donations to dozens of politicians, civil servants, journalists as well as people working at competitor companies.

The payments may have helped secure influence on health policies in key African countries. Documents also provide evidence that suggests, in South Africa, BAT hired private contractors, under the pretense of anti-smuggling efforts, to carry out military-style surveillance and operations to disrupt its competitors.

Commenting on the reports’ findings, Akinbode Oluwafemi, President of the African Tobacco Control Alliance, said: “BAT’s behavior is a reminder of the tobacco industry’s deep colonialist roots, showing contempt for African laws, business and trade and the health and well-being of Africans. Then and now, the tobacco industry seeks to exploit Africans for its own profit with no consideration for the harm it causes.”

“Our analysis shows that BAT’s potentially corrupt practices in Africa were not just the work of a few bad apples,” said Andrew Rowell, Senior Researcher, Tobacco Control Research Group at the University of Bath, a partner in STOP.

“The geographic spread of the activity, the infrastructure used and the number of senior staff involved suggest that BAT’s payments were routine, with the evidence trail frequently leading back to BAT’s London headquarters. This is not the kind of company any government should leave unregulated or fail to investigate.”

“Buying Influence and Advantage in Africa: An Analysis of British American Tobacco’s Questionable Payments” is based on leaked documents—including internal emails and invoices—and court affidavits from two former employees-turned-whistleblowers. It details BAT’s activities between 2008 and 2013 across 10 Central and East African countries. ““British American Tobacco in South Africa: Any Means Necessary” is based on leaked company documents, whistleblower testimony and court documents from litigation in South Africa.

Buying Influence and Advantage in Africa: Evidence from 10 Countries;

In January 2021 the U.K. Serious Fraud Office (SFO) concluded its five-year investigation into alleged bribery by the company and its employees, citing that there was not enough evidence to support prosecution as defined under the U.K. Code for Crown Prosecutors, while further stating that: “The SFO will continue to offer assistance to the ongoing investigations of other law enforcement partners.”

Analysis of whistleblower documents connected to BAT’s work in East and Central Africa revealed evidence of questionable payments made in Burundi, Comoros, the Democratic Republic of Congo, Kenya, Malawi, Rwanda, Sudan, Tanzania, Uganda and Zambia. Researchers identified 236 payments made between 2008 and 2013 totaling US $601,502 that were allegedly used to try to influence policy and sabotage competitors.

Researchers categorized payments into two categories: those “raising questions under the United Kingdom Bribery Act (UKBA)” and another less serious but still suspicious group of payments “warranting further investigation under the UKBA.”

The documents suggest that BAT often routed payments through third-party companies referred to as “service providers.” They also show that BAT staff in London appear to have been involved in requesting and authorizing payments, processing invoices and approving service-provider contracts. Some employees seemed to know they were involved in questionable activities as they used aliases and private email accounts when communicating.

–BAT in South Africa: Crossing the Line and Covering its Tracks–

Analysis finds that to solidify BAT’s tobacco monopoly in South Africa, BAT and a private contractor may have repeatedly crossed the line of legality to undermine competitors and disrupt operations. It further alleges that:

–Working with state agencies while allegedly complicit in smuggling–

“BAT operates in more than 170 countries and the involvement of head office staff and executives in the activities highlighted in these reports raises questions about its business practices beyond Africa,” said Gan Quan, Director of Tobacco Control at The Union, a partner in STOP.

“We urge anyone with information about potentially illegal activities to come forward and for regulators to take a hard look at this company and how it behaves. Governments and consumers have every reason to be suspicious.”

Kenya Insights allows guest blogging, if you want to be published on Kenya’s most authoritative and accurate blog, have an expose, news TIPS, story angles, human interest stories, drop us an email on [email protected] or via Telegram
Related Topics:British American Tobacco (BAT)
Up Next

Fellow Research: Inside the Shadowy World of Disinformation-for-hire in Kenya