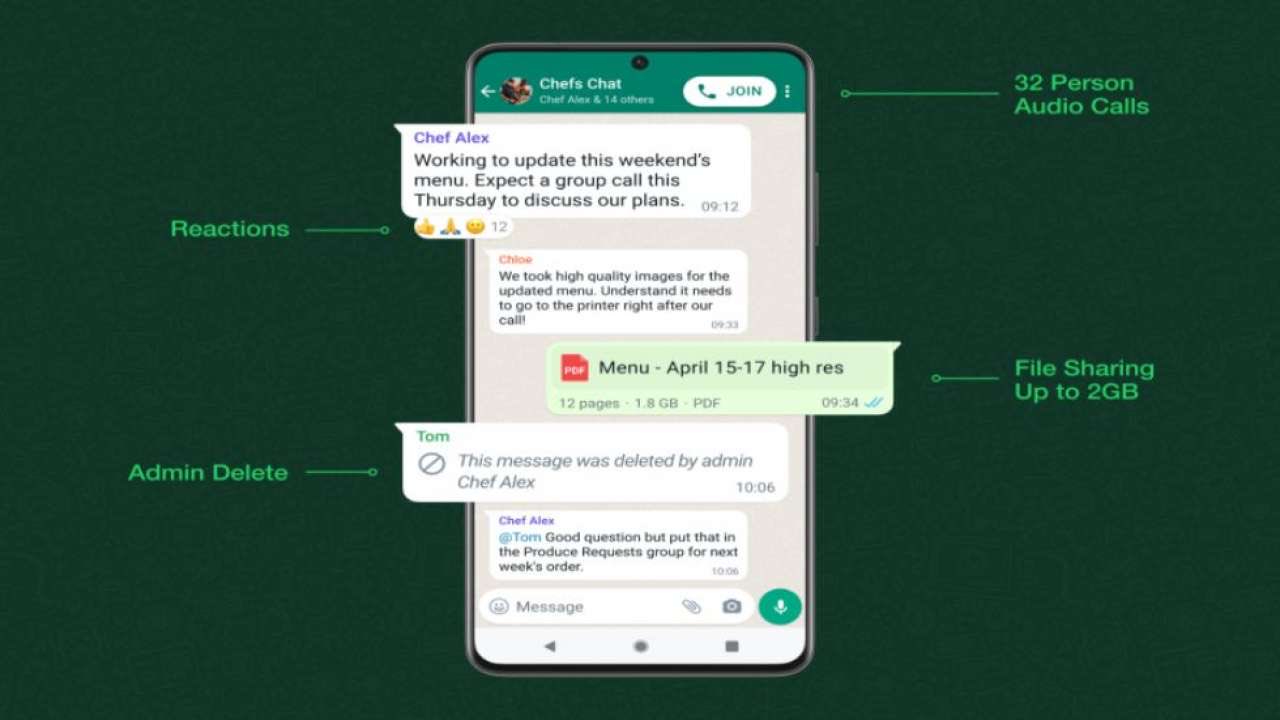 Instant messaging platform WhatsApp, which is owned by Meta, has announced that it would be introducing ‘Communities’, a feature for grouping together similar interest groups.

This feature however will initially be rolled out to a small, select number of groups and will let thousands participate in a community that hosts multiple sub-group chats.

With Communities, you'll be able to bring related groups together in a way that helps you organize meaningful connections easily and privately. pic.twitter.com/eatAZQCmc3

The reason for introducing this feature is that various organizations, from a school to a business whose employees communicate on WhatsApp, can more easily organize discussions and have their admins message everyone across different groups.Users can create a community by adding groups featuring a similar theme and admins can then manage those groups within and send messages to all groups at the same time.

This way individual conversations related to that group can continue while also getting announcements that impact all groups at the same time. ‘Communities’ will support end-to-end encryption.

Regarding discoverability, WhatsApp has stated that it will not be adding the option to search or discover new communities unlike “other apps”. It will also be reducing the ability to forward messages from the current limit of five to just one group at a time. This move is designed to proactively thwart the spread of potentially harmful posts, like spam and illegal sexual content.

The platform will also be banning individual community members or admins, and disbanding a community if it becomes aware of illegal, violent, or hateful activities within a community.

WhatsApp will also introduce improvements to how individual groups work, regardless of whether they are part of a community or not.

Groups will be able to have emoji reactions for messages, so members can react to a particular message without sending separate emoji messages.

Admins will also be able to delete messages in a group, which will then be removed from everyone’s device. File sharing will be upgraded to support files up to 2GB in size and finally, one-tap voice calling will now support up to 32 members.

Kenya Insights allows guest blogging, if you want to be published on Kenya’s most authoritative and accurate blog, have an expose, news TIPS, story angles, human interest stories, drop us an email on [email protected] or via Telegram
Related Topics:WhatsApp
Up Next

Explainer: Will Elon Musk Be Able To Buy Twitter?