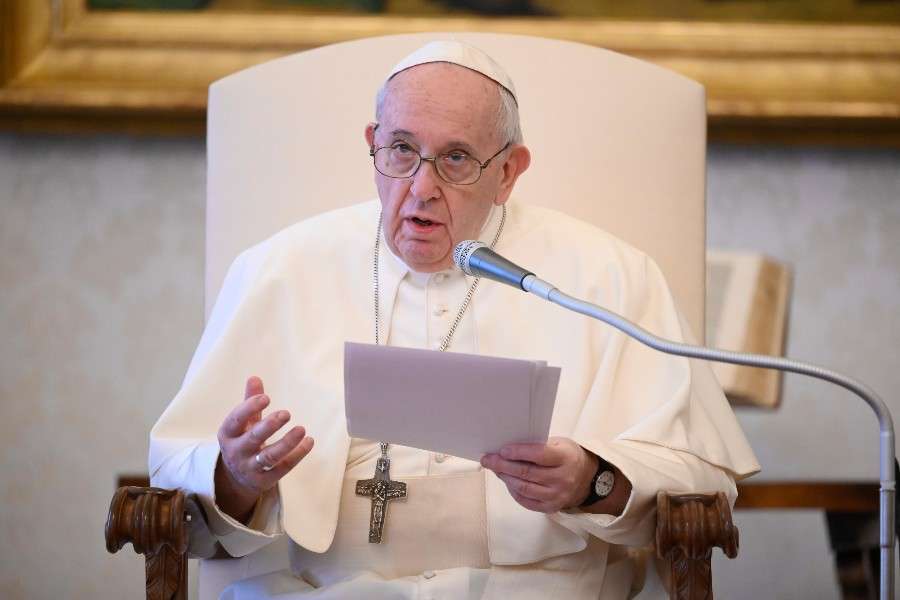 Pope Francis has said that he is praying for the soul of George Floyd and all victims of racism, adding that nothing is gained by violence.

“Dear brothers and sisters in the United States, I have witnessed with great concern the disturbing social unrest in your nation in these past days, following the tragic death of Mr George Floyd,” Pope Francis said in a video broadcast on June 3.

“We cannot tolerate or turn a blind eye to racism and exclusion in any form and yet claim to defend the sacredness of every human life. At the same time, we have to recognize that the violence of recent nights is self-destructive and self-defeating. Nothing is gained by violence and so much is lost,” the pope said.

Pope Francis prayed for the intercession of Our Lady of Guadalupe, the patron of the Americas, to intercede for peace, justice, and reconciliation in the U.S. at the end of his Wednesday audience, livestreamed from the Vatican’s Apostolic Palace.

“Today I join the Church of St Paul and Minneapolis, and of all the United States, in praying for the rest of the soul of George Floyd and all the others who have lost their lives because of the sin of racism,” the pope said.

“Let us pray for the comfort of families and friends who are heartbroken, and pray for national reconciliation and the peace we yearn for.”

Cities across the U.S. have seen widespread protests in the wake of the death of George Floyd. Some protests have turned to nights of rioting, and conflicts with police. At least five people have died amid the protests.

In the video of the arrest, an officer with the Minneapolis Police Department can be seen kneeling on Floyd’s neck for several minutes after he was taken into custody. Floyd could be heard saying “I can’t breathe” several times. He died soon after.

Former Minneapolis police officer Derek Chauvin was arrested on May 29, and has been charged with third-degree murder and manslaughter. He and the three other officers present at Floyd’s arrest were fired from the Minneapolis Police Department.

Catholics across the Twin Cities have called for justice and unity in the wake of Floyd’s death.

Clergy in Minnesota, including the Archbishop Bernard Hebda of St Paul-Minneapolis, participated in a silent walking protest June 2 to pray at the location where George Floyd died in police custody.

Archbishop Hebda had offered a Mass for the soul of George Floyd and for his family on May 27.

“Our Lady of Guadalupe, Mother of America, intercede for all those who work for peace and justice in your land and in the world. God bless you all and your families,” Pope Francis said.