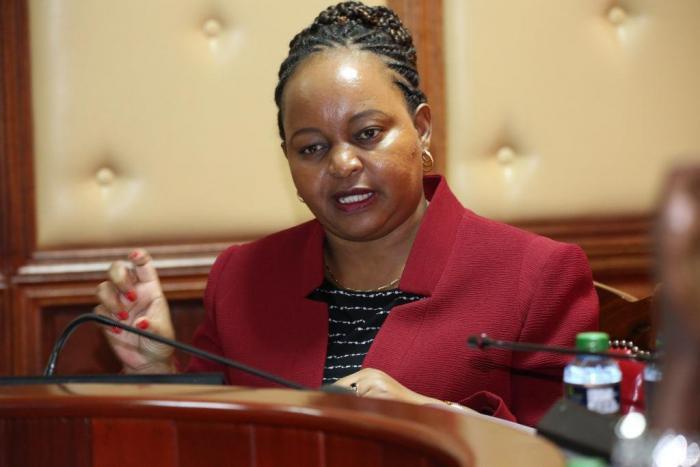 Ann Waiguru, the governor of Kirinyaga county has today called for an immediate apology from Kennedy Ombima Alias King Kaka over a viral poetic piece of Music that the artist released on the 14th December 2019 titled ‘Wajinga Nyinyi’. The former Devolution CS has given him 48 hours for a full, unconditional admission of liability to be issued in writing.

On her Twitter account Waiguru through Kiragu Wathuta and Co. Advocates has sent a demand letter to the artist asking him to pull down the music video that mentions the Kirinyaga governor, something the letter terms has ‘greatly lowered the regard  and esteem in which our client is held by right thinking members of the  public in Kenya’.

The governor says the song lyrics are highly defamatory and depict her as extremely corrupt and having engaged in the theft of public funds at the National Youth Service (NYS). “You ought to have known that despite extensive investigations and several prosecutions in relation to the loss of funds at NYS, our client has never been charged in a court of law as an accused person in relation to NYS or any other scandal …,” the letter reads.

The lyrics aforementioned are

She has demanded the musician write an official apology for the same. In writing, King Kaka is also to pledge an unconditional commitment to never release any defamatory songs against the governor.

The letter warns the musician of a fresh suit for every redistribution of the song.

Find below the full letter;