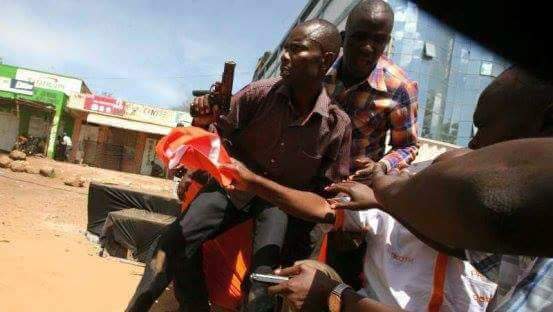 The ugly incident that happened in Migori on Monday when the Suna MP Junet Mohammed was launching his re-election bid, has sparked several conspiracies as to the real motives behind the shooting that left the Mombasa’s governor driver with a gun wound to his leg. 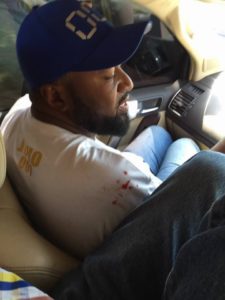 The shooting was triggered by the area’s governor Obado guards when he stormed the venue with a group of countless goons to disrupt the rally which was attended by amongst them his arch rival Ochilo Ayako. It is believed that the event would be used to endorse Ayacko and this is what irked the governor according to theorists.

The party ODM and CID have launched investigation into the incident that left many injured. Joho has described the incident as an assassination attempt on his life claiming the bullet that fell on his bodyguard was meant for him. His car was also hit with bullet to where he normally sits.

The video captures the terrifying moments.

Kenya Insights allows guest blogging, if you want to be published on Kenya’s most authoritative and accurate blog, have an expose, news TIPS, story angles, human interest stories, drop us an email on [email protected] or via Telegram
Related Content:  U.S. Now Targets Rapper Prezzo In The Renewed Drugs War
Related Topics:
Up Next