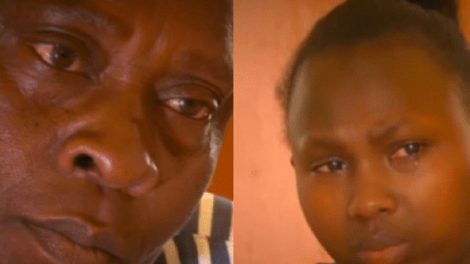 It was reprieve for Julius Wambua who was serving a life sentence, after his daughter allegedly framed him in a defilement case eight years ago, when the court quashed his conviction.

Justice George Odunga quashed the ruling of the Kithimani magistrate Court and the subsequent proceedings at the High court. The judge ordered for a retrial if the Director of Public Prosecutions finds it viable considering the amount of public interest the case has generated.

Odunga released Wambua on a cash bail of 30,000 shillings and an alternative bond of 200,000 shillings with a surety of similar amount pending retrial.

“The petitioner’s appeal has been considered and determined that he was accused by someone who was coached and wasn’t her own words, therefore justice must be rendered. Pw2 and Pw3 were coerced and threatened by their mother and police so as to implicate the accused over incest and coached on what to say in court. Justice didn’t happen at the time of trial since Pw2 was a minor and was under coercion by the mother” stated Odunga.

Principal magistrate A.W. Mwangi had in January 2012 sentenced Wambua to life in jail after finding him guilty of defilement.

The sexual assault incident, as was told to the court, happened at the suspect’s home in Mamba Sub-Location in Yatta, Machakos County in April 2011.

Wednesday’s ruling was a culmination of events that began in 2019 after his accuser confessed to have framed her father under instructions from the mother and subsequently filed submissions at the Machakos High Court recanting her original testimonies.

The Kenya National Commission on Human Rights would take up the matter seeking the court’s intervention to have Wambua set free under petition 42 of 2019.

A three-judge bench comprising of judges William Ouko, Wanjiru Karanja and Jamila Mohamed had declined the application on the basis that the request was time-barred and that the court-set timelines for filing and producing evidence had already lapsed.

Kenyan Man Indicted In The U.S. for Allegedly Plotting Another 9/11-Style Attack

Is Jirongo’s Sh4.9 billion an old debt or laundering for Sudanese tycoons