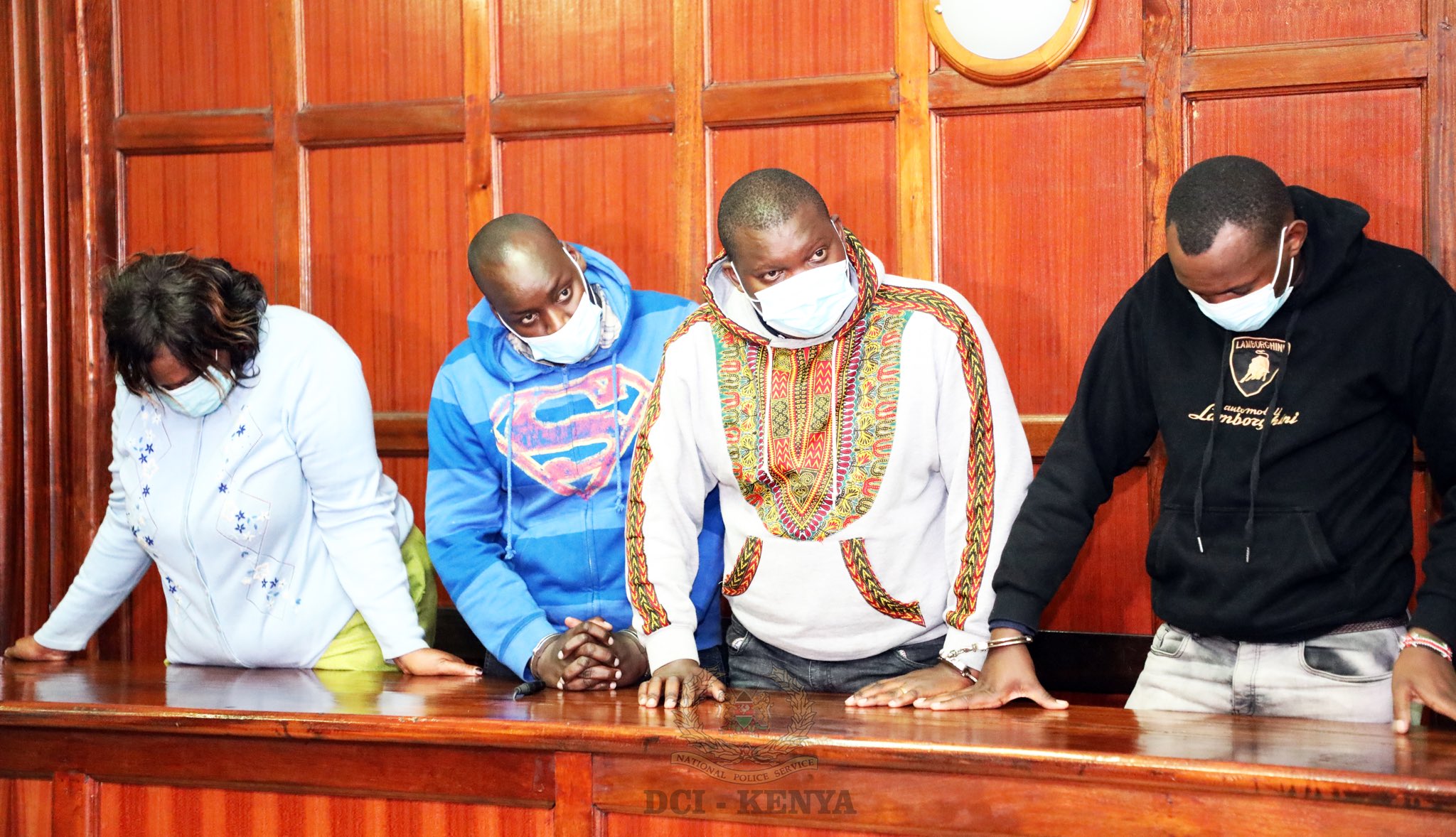 A university graduate and a land broker were today charged with stealing Sh2.8 million from a dead man’s bank accounts. Eutycus Muguna Mutembei and Ayugu Eugene Shivachi were charged at Nairobi’s Milimani Law Courts with using the late Amos Ngatia Muiruri’s credentials to steal from his various bank accounts.

Milimani Chief Magistrate Martha Mutuku released the two on a cash bail of Sh500,000 each and directed them to provide two contact persons.

In the second related file, Mutembei and Shivachi were charged alongside Morris Koome Riungu and Jane Wacuka Gathogo with stealing 39 SIM cards from different mobile phone subscribers. They were released on a cash bail of Sh200,000 each.

In the first case, Mutembei and Shivachi took plea on 12 counts of stealing, conspiracy to commit a felony, unauthorized access and preparation to commit a felony.  Mutembei is a Bachelors of Arts in Economics and Statistics graduate from the University of Nairobi, while Shivachi is a taxi driver. Both men are land brokers.

The four were arraigned in court following high-profile investigations by our detectives who unraveled a major SIM swap scam in which high-tech phone scammers hijack the victim’s cell phone number and use it to gain access to his/her sensitive personal data and bank accounts through the Mobile Banking Apps available on Android and other smartphones.

It’s through Ngata’s theft that detectives made a breakthrough in the major SIM-swap fraud through which the dead and the living have lost millions of shillings. Ngata was a businessman in Nairobi.

The syndicate mostly targets wealthy individuals – especially those who have died and their families placed their death announcements in newspapers. They also target telephone lines of the elderly and those who have travelled abroad.

Related Content:  Lawyer Ahmednasir Turns His Back On Client Over The Bluebird Aviation Court Case
Kenya Insights allows guest blogging, if you want to be published on Kenya’s most authoritative and accurate blog, have an expose, news TIPS, story angles, human interest stories, drop us an email on tips.kenyainsights@gmail.com or via Telegram
Related Topics:
Up Next

Woman Claims To Be Nyachae’s Widow And That The Two Had Two Sons Together, Wants Share Of Estate