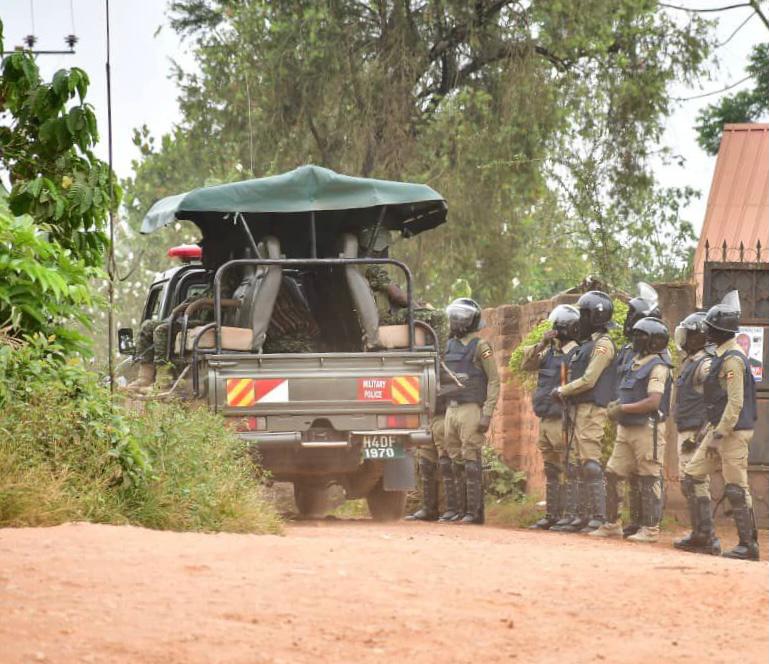 Hundreds of abductions have been reported across Uganda since presidential elections were held earlier last month.

Plain-clothed membres of the defense forces have reportedly been behind the nighttime kidnappings, which have targeted members of the National Unity Platform (NUP) of opposition leader Robert Kyagulanyi, popularly known as Bobi Wine, according to relatives and NUP leadership.

He was burnt, electrocuted and his fingernails plucked out. Puss has been oozing out of his nose and eyes. His entire body bears marks of extreme torture. He remains unconscious. That's why we're taking Gen. Museveni to the ICC. These crimes against humanity must be accounted for pic.twitter.com/FxVdehj6Yr

Bobi Wine lost the election on Jan. 14 to incumbent President Yoweri Museveni. Wine has challenged the elections in court, saying he was cheated by Museveni.

Authorities in the East African country maintain that the government has so far arrested only 31 NUP members on suspicions of planning a rebellion and have vowed that such operations would continue.

Interior Minister General Jeje Odongo told the parliament last Thursday that they were aware of only 31 people arrested and being investigated by police over terrorism.

Here is 75 year old Regina Namukasa. On 6th January, her three sons were abducted by security operatives. Her search for them in prisons hasn't yielded. She is one of the hundreds of parents and relatives whose people are missing.
Credit: @ntvuganda #WeAreRemovingADictator pic.twitter.com/eSazb4ZDvo

Police spokesman Fred Enanga said Tuesday: “All those arrested will be investigated and those found with cases will be charged in courts of law.”

Relatives of those kidnapped allege that those taken are beaten severely before being placed in vehicles with no number plates and taken to unknown places. They told Anadolu Agency that they have failed to trace where their family members are being held.

Wife of one of the abducted, Ritah Namazzi, 30, said: “It was past midnight when men with guns knocked at our door. When I opened they told me that they wanted my husband. He had hidden under the bed. I deceived them that he was not around but they entered and found him hiding. They beat him and pushed him in their vehicle.”

The pain of parents whose children have been abducted by the Museveni dictatorship in thousands. For simply supporting me and NUP, these young people are tortured and some murdered! We call on the world to stand with Uganda in these very dark days. #WeAreRemovingADictator pic.twitter.com/tuC2YJrtQi

Addressing NUP members at his home at Magere earlier this week, Bobi Wine said an estimated 3,000 party members have been abducted.

“Over 3,000 of our supporters have been abducted by security agencies. We condemn such acts that violate human rights.”

Kenya Insights allows guest blogging, if you want to be published on Kenya’s most authoritative and accurate blog, have an expose, news TIPS, story angles, human interest stories, drop us an email on tips.kenyainsights@gmail.com or via Telegram
Related Content:  I Continue To Serve Till End Of My Term In 2022, Defiant Havi Shrugs Off LSK’s Suspension
Related Topics:
Up Next

Boardroom Wars: Petition Filled For The Removal Of Media Council CEO From Office