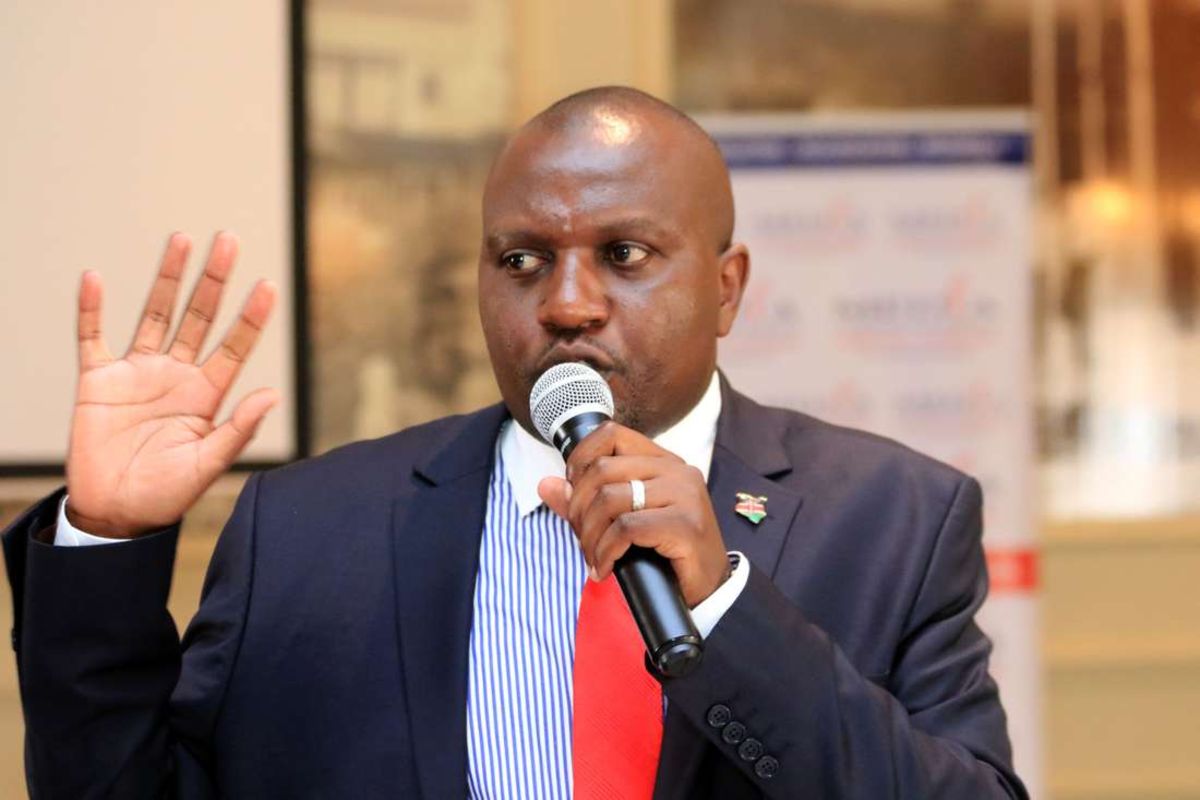 What you need to know:

A petitioner now wants the National Assembly to investigate the management of the Media Council of Kenya (MCK) over what they term as the irregular removal of a board member and misuse of public funds.

The Office of the Attorney-General has also been drawn into the matter after it was accused of authoring an advisory that MCK chief executive officer, David Omwoyo, used to remove Ms Tabitha Mutemi from the MCK board.

The petition filed by Ms Kethi Kilonzo of Kilonzo and Company Advocates, representing Ms Mutemi, accuses Mr Omwoyo of targeting her client after she raised concerns over corporate governance and the use of the council’s funds.

“We write to implore you as the lawful offices and officers charged with the removal of any member of the MCK, to use your offices and your powers under the MCK Act to reverse the unlawful action,” Ms Kilonzo says in the letter addressed to National Assembly Speaker Justin Muturi.

The letter is also copied to the Information and Communication Technology Cabinet Secretary Joe Mucheru.

The matter is likely to be investigated by the House Committee on Communication, Information and Innovation chaired by Marakwet West MP William Kisang.

Should the committee find Mr Omwoyo in violation of the law, he risks losing his job as CEO of MCK.
Ms Mutemi was appointed to the MCK board through a gazette notice on October 31, 2019 for a three-year term that expires on October 2, 2022.

Until she serves her term, Ms Kilonzo is categorical that only the tribunal, appointed by CS Mucheru, can determine if her MCK membership is in violation of the law or the constitution.

In a letter dated January 11, 2021, addressed to MCK board chairman Mr Maina Muiruri, Mr Omwoyo says that the secretariat will no longer recognise Ms Mutemi as a board member of MCK with immediate effect. The letter is copied to Ms Mutemi and CS Mucheru.

Mr Omwoyo is citing the 2016 circular by the former head of civil service, Joseph Kinyua, and the August 18, 2020 advisory opinion from Attorney-General Paul Kihara to ICT Principal Secretary Mr Jerome Ochieng, who at the time was in charge of the MCK.

“Being the accounting officer of the Media Council of Kenya and in essence a public officer, I am bound by the advisory of the Attorney-General,” Mr Omwoyo says.

However, Ms Kilonzo has questioned the legality of Mr Omwoyo’s actions, noting that the Media Council of Kenya Act “confers on our client security of tenure.”

“This security of tenure is established under the Act and protected through a three-tier process,” the lawyer says.

She notes that the three-tier process of removal commences with a petition for her removal to the National Assembly.

The second tier is the National Assembly through a recommendation to the Cabinet Secretary after considering a petition before it. The third tier is a tribunal comprising three persons, appointed by the CS.

Ms Kilonzo argues that this procedure was not followed and that the National Assembly should find Mr Omwoyo in violation of the law.

“The CEO, by attempting to use the cloak of the office of the Attorney-General to remove our client, has violated the Constitution and MCK Act and usurped your power and authority to actively participate and make recommendations in the matter as stipulated in the Act,” Ms Kilonzo urges Speaker Muturi and CS Mucheru.

Ms Kilonzo notes that the three-tier procedure in the law for removal of an MCK board member was a deliberate act to ensure the security of tenure of the chairperson and members and to insulate them from State and political interference including interference from the AG’s office.

“The opinion of the Attorney-General, is subject to the MCK Act and must be subjected to the National Assembly, the CS and a Tribunal before our client is removed.”

Section 8 (2) of the MCK Act provides that a person shall not be qualified for appointment as chairperson or a member of the council if the person is an MP or MCA, is an official of a governing body of a political party and has at any time within the preceding five years, held a political office.

A person shall also not be a chairman or a member of MCK if the individual has been convicted of felony, has benefitted from, or facilitated an unlawful or irregular allocation, acquisition or use of land or other public property or has been removed from office for contravening the provisions of the constitution or any other written law.

Ms Kilonzo notes that this list of requirements was part of the re-advertisement for the appointment of MCK board members that informed “our client’s” application, shortlisting, interview, appointment and gazettement.

“The motives behind the opinion are clear. It was sought by the CEO on June 16, 2020, 10 months after Mutemi’s gazettement and without her knowledge. Our client, in effect, is a whistleblower. The letter dated January 11, 2021 from the CEO is meant to punish her for effectively carrying out her responsibilities,” she says.

Uganda: Hundreds Of Dissidents Are Getting Kidnapped And Tortured