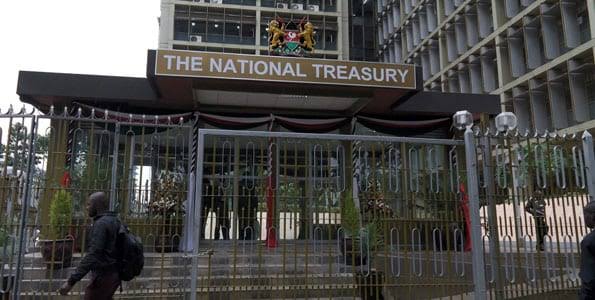 Days after President Kenyatta summoned the heads of State corporations and reinforced acting Treasury Cabinet Secretary Ukur Yatani’s orders to remit excess cash in new austerity measures, the treasury has received about half of the sh78 billion target.

“We are happy with the progress and we expect to hit the target,” Mr Yatani told Journalists. “A few days after making the announcement, we have received Sh33 billion. These funds will be injected into development projects in line with the Big Four agenda.”

The government is in dire need of cash, the new measures are meant to help it address the cash shortage that is threatening to cripple the President’s Big Four projects.

Parastatals are required by law to remit surplus funds to the Consolidated Fund every year, instead of keeping the cash in commercial banks. Mr. Yatani further wants them to make full disclosures of internally generated revenues.

Dr Daniel Manduku, the Kenya Ports Authority managing director, said the agency had handed in Sh18.7 billion to the Treasury as a special dividend on Saturday.

“KPA was able to pay its main shareholder, the Government of Kenya, a return on investment and was the highest contributor among parastatals,” Mr Manduku said.

The Kenya Revenue Authority handed in a cheque for Sh6 billion on Friday while Kenya Pipeline Company handed over Sh5 billion. Sources say the Kenya Airports Authority plans to wire Sh12bn to the treasury.

The Treasury in the last financial year collected Sh24.6 billion from State agencies and regulators against a target of Sh36.7 billion.

The Treasury had blamed much of the shortfall on lower remittance by the Central Bank of Kenya (CBK), one of its largest contributors, which was expected to deliver Sh5.8 billion but only managed Sh800 million.

Related Content:  Citron Report Reveals Why NYSE Listed Jumia Is A Fraud
Kenya Insights allows guest blogging, if you want to be published on Kenya’s most authoritative and accurate blog, have an expose, news, story angles, human interest stories, drop us an email on tips.kenyainsights@gmail.com or via Telegram
Related Topics:
Up Next

Simba Corp To Lay Off 5 Percent Of Staff