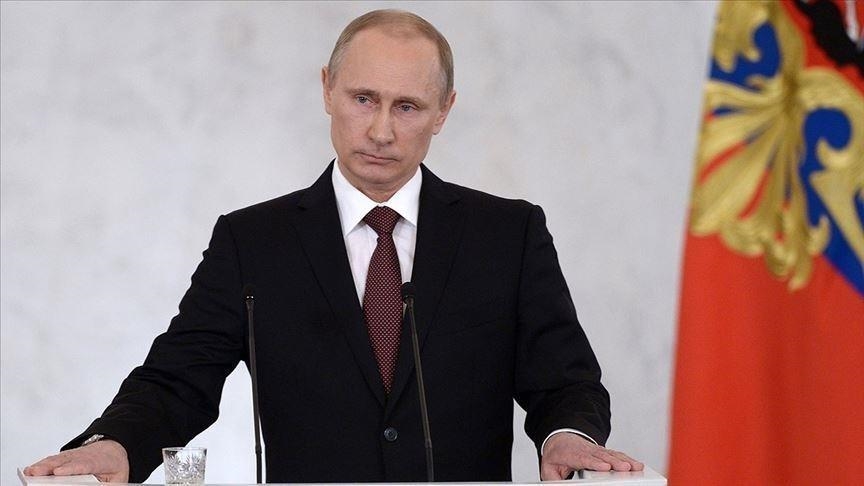 Those who organize provocations against Russia will come to regret it as they have regretted little else, warned Russian President Vladimir Putin on Wednesday.

Addressing the Federal Assembly, Putin said “the meaning and content” of Russia’s policy in the international arena is “to ensure peace and security for the well-being of our citizens, for the stable development of the country.”

But he added pointedly: “Russia has its own interests, which we defend and will stand for within the framework of international law, as do other states of the world. And if someone refuses to understand this obvious thing, does not want to conduct dialogue, chooses a selfish and arrogant tone, Russia will always find a way to defend its position.”

Putin’s remarks came as Western powers raised alarms over some 150,000 Russian troops amassing at Ukraine’s eastern borders, some six years after annexing the country’s Crimean peninsula, a move Russia is still sanctioned for.

In the modern world, Putin argued, everyone “got used to the practice of politically motivated, illegal sanctions, rough attempts to force will on others.”

And now such practices are “being reborn into something more dangerous,” he said – the practice of organizing state coups and political assassinations.

“However, even such blatant actions are not met with disapproval in the so-called collective West. No one notices it, everyone pretends that nothing is happening at all.”

‘They are picking on Russia’

“You can treat Presidents [Viktor] Yanukovich, [Nicolas] Maduro, and [Alexander] Lukashenko as you like, but the practice of political assassinations goes beyond all boundaries,” Putin said, citing former Ukrainian leader Yanukovich – ousted in 2014 – as well as the current leaders of Venezuela and Belarus, both of whose legitimacy has been questioned.

Attacks on Russia continue, with some countries having adopted a habit of picking on Russia “for any reason, and most often without any reason at all,” said Putin.

Putin stressed that in the face of this, Russia’s actions remain “restrained, even modest,” responding not only to unfriendly moves but even to “outright rudeness.”

“We want to have good relations with all participants of international communication. But we see what is happening in real life – they are picking on Russia,” said Putin.

He said Russia wants to have good relations “including with those (countries) with whom relations have not been developing recently, to put it mildly.”

“But if someone sees our good intentions as indifference or weakness and intends to finally burn or even blow up bridges, he should know that Russia’s response will be asymmetric, fast, and tough,” he warned.

“The organizers of any provocation that threatens the fundamental interests of our security will regret their actions as they have not regretted anything for a long time.”

At the same time, Russia and its leadership have “enough patience, responsibility, professionalism, self-confidence and common sense” to make any decision, he argued.

“But I hope that no one will think of crossing the so-called red line in relation to Russia. And where it will take place – we will determine in each specific case ourselves,” said Putin.

Biden Fires Up America With His First Address To Congress