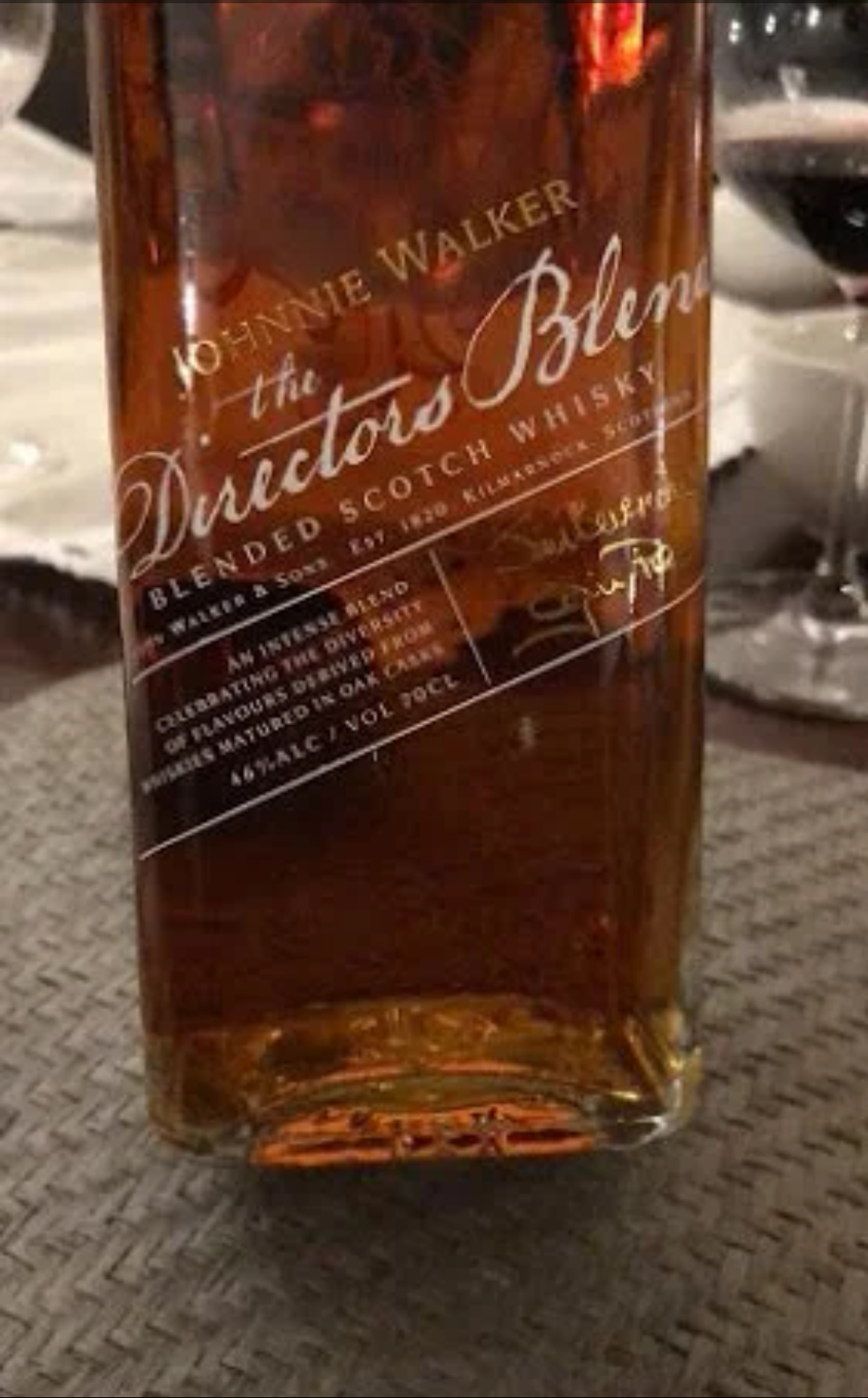 During the memorial service of the late Safaricom CEO Bob Collymore held at At All Saints Cathedral on Thursday, President Uhuru Kenyatta said he was disappointed he did not get time to return to Collymore’s house to collect his ‘special gift’.
President Johnie Walker

Directors Blend Whisky is the gift the late Safaricom CEO Bob Collymore was to give President Uhuru Kenyatta.

Uhuru told former presidential aspirant Peter Kenneth and the rest of the Boys Club that they will have to pay for the gift given by Collymore because it wasn’t theirs.

“I was supposed to have gone back to collect my gift reserved for a special friend from Bob and so Peter Kenneth, Oigara and crew, you will pay. That did not belong to you.” Said the President.

According to the Directors blend whiskey marker website, Diageo, the whiskey edition was released in 2010 and was exclusively for Diageo directors.

The special drink is bottled with six different labels, and pairs are printed the same.

According to the marker, The Johnie walker Directors  Blend is best served directly from the freezer and has notes of caramelised sugar and vanilla, fresh red berries with a touch of orchard fruit .

“When you sip it ,you will feel  a fruity, creamy palate  taste ,then as you swallow a creamy notes of caramel, manuka honey and a hint of very refined wood smoke.” reads part of Diageo’s review statement.

A shot sip of Directors Blend ends with allspice and nutmeg taste.

Directors Blend whiskey is packaged in 750 ml bottle that  retails at Ksh460,000.

Former Gatanga MP Peter Kenneth revealed in his tribute during Bob’s memorial service that Collymore went into his Whiskey Cabinet and opened a very special reserved blended whiskey that he had saved many years for a ‘Very Special guest’.

The late Bob requested Kenneth and his friends from the boys club be his Special guests since
the special guest (President Kenyatta) didn’t turn up for the gift.

Kenya Insights allows guest blogging, if you want to be published on Kenya’s most authoritative and accurate blog, have an expose, news TIPS, story angles, human interest stories, drop us an email on [email protected] or via Telegram
Related Topics:Bob CollymoreJohnny WalkerPeter KennethUhuru Kenyatta
Up Next