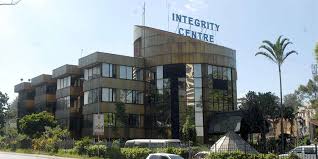 A former Trans Nzoia County principal finance officer is on the spot after it has now emerged that he has amassed a Sh300 million wealth over the last 5 years with a Sh100,000 salary.

Andrew Musuya has seen his wealth frozen after it was suspected to be proceeds of crime. “An injunction is hereby issued stopping the respondent, his servants or agents from withdrawing, transferring, wasting or in any way dealing with the funds at his two accounts at Equity Bank and two others at Co-operative Bank,” Justice John Onyiego ruled.

Court documents filed by the Ethics and Anti-Corruption Commission (EACC) show that the county employee accounts at Equity Bank transacted a total of Sh223 million while the ones at Co-operative Bank had Sh45.5 million.

Musuya also owns several prime pieces of land in Mombasa, Kilifi, Mtwapa and Bungoma. Together with his wife Salome Waleghwa they also own three top-of-the-range cars valued at over Sh10 million.

The commission argues that his cumulative salary cannot justify the total value of his assets estimated to be worth Sh284 million comprising of land worth Sh226 million, cash deposits totalling Sh45 million, M-Pesa transactions worth Sh8 million and vehicles worth Sh9.7 million.

Justice Onyiego ordered for immediate surrender of the vehicles and barred the selling of any of the lands listed in the case. “Should they fail to surrender the vehicles and their logbooks within seven days, the EACC will be at liberty to seize, tow and detain the motor vehicles for purposes of preservation within the nearest police station,” He stated.

The money is believed to have been siphoned from the county while the former accountant was in office. EACC is seeking to recover the money through an application which details how he devised ways to get money from the county. According to the commission, Musuya exploited his official position to engage in corrupt conduct and acquired unexplained wealth that was not commensurate with his known legitimate sources of income between January 2013 and October 2018.

While in office Musuya registered a company called Mukuyu Petroleum Dealers, which he used to deposit large sums of money on a daily basis to conceal the theft.

Musuya claims his wealth is due to his sweat. He says he has made his millions through other businesses including a night club in Kapenguria town where he made Sh200,000 per week, loans, earnings from maize farming, consultancy work and his petroleum dealership. Backing him up, the wife  also claims her Sh40,000 a month she contributed to the empire through salary, boda boda business and sale of beans should be counted.

The anti-graft agency says they received information regarding misappropriation of public funds and illegal acquisition of wealth by Musuya and have been monitoring him for the five years since the time he was employed.